MAUNA KEA - Law enforcement with the state Department of Land and Natural Resources have given notice to the self proclaimed protectors of Mauna Kea for the third day in a row. Many believe today was the final warning. Enforcement action is expected at any time.

MAUNA KEA, Hawaii – Law enforcement officers with the state Department of Land and Natural Resources have given notice to the self proclaimed protectors of Mauna Kea for the third day in a row.

On Friday, DLNR officers once again approached the large tent near the Mauna Kea Visitors Center crosswalk to inform those involved in the 121 day blockade of the Thirty Meter Telescope of the new rules now in effect. DLNR says the group is in violation of the rules which prohibit camping and staying overnight in the restricted area (within one mile on either side of the access road). Protectors say they are allowed to be there under existing laws that preserve Native Hawaiian rights to their religious and cultural practices.

The protectors, in turn, have served DLNR officers with notice that their large tent is now a permitted structure under the jurisdiction of the Lawful Hawaiian Government. They are asking the DLNR officials to continue the conversation on a government to government basis. Representatives of LHG were on the mountain for the interactions on Thursday and Friday.

Many believe today was the final warning. Enforcement action is now expected at any time.

The interactions on all three days were recorded by the TMT opponents and distributed as video news updates under the “Na’au News Now” banner.

The new rules, passed on July 10 by the land board and later signed into law by Governor David Ige:

(b) As used in this rule, the term “transiting” means operating, or being a passenger in, a motor vehicle travelling at a reasonable and prudent speed and having regard to the actual and potential hazards and conditions then existing.

(c) No person shall at any time possess or control in the restricted area any of the following items: sleeping bag, tent, camping stove, or propane burner.

(d) No person shall enter or remain in the restricted area during the hours of 10:00 p.m. to 4:00 a.m., unless the person is transiting through the restricted area on the Mauna Kea Observatory Access Road or is lawfully within or entering or exiting an existing observatory or a facility operated by the University of Hawaii. 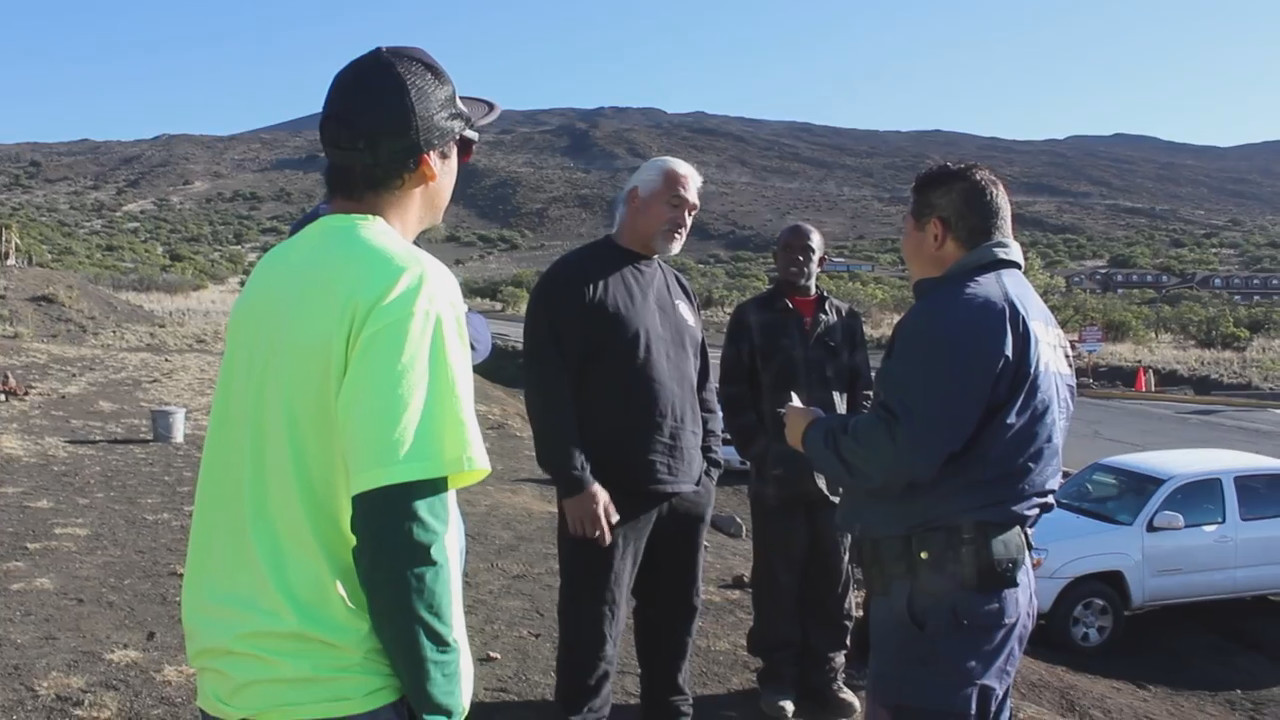