MAUNA KEA - The self-proclaimed protectors are raising health concerns at Hale Pohaku, where the state has closed the Mauna Kea Visitors Center, shut off the water, and closed the restrooms. Protectors say tourists coming to the mountain have been relieving themselves out in the open. On Thursday, they let DLNR officers know something had to be done. 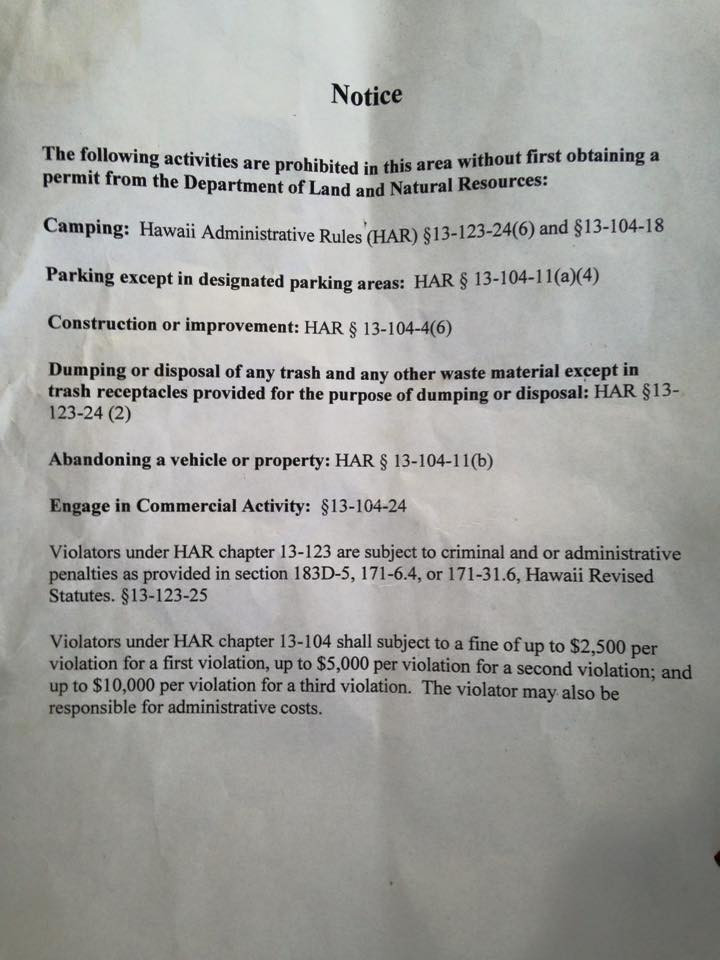 UPDATE: (July 27 at 6:30 p.m.) In the time since we shared the photo above, Big Island Video News has had a number of requests to see the first “official” notice distributed by DLNR. That document is below: 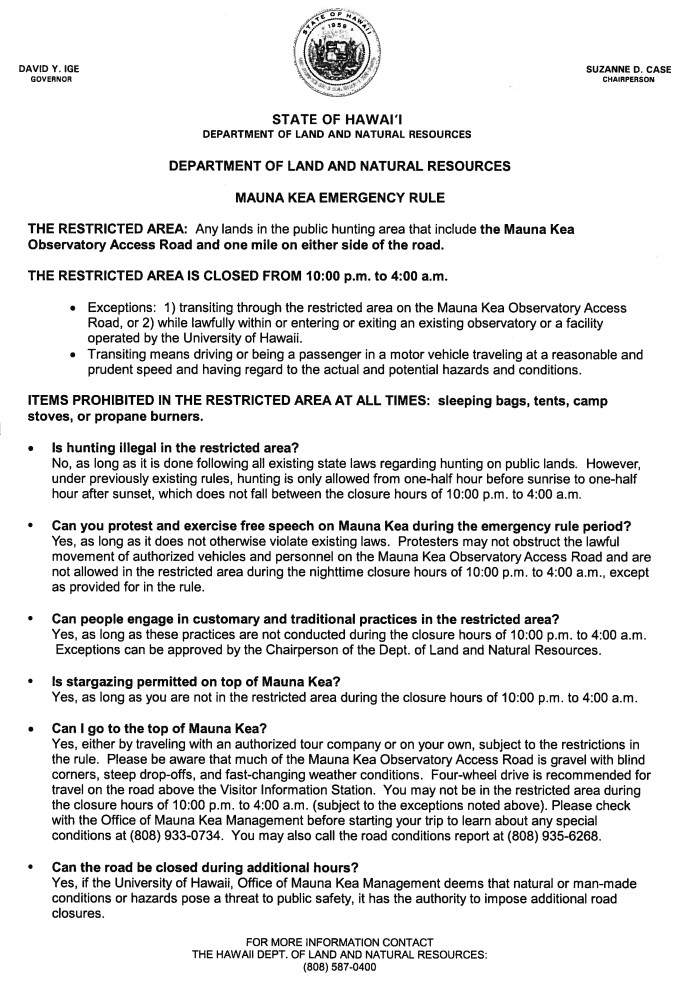