KEALAKEHE, Hawaii - On Friday, the Hawaii County Council approved a $10 thousand dollar appropriation to pay for restrooms at O'oma, a popular beach in Kona that was purchased by the county as public open space. The funds will be used for one restroom that is compliant with the Americans with Disabilities Act, as well as five standard portable restrooms for one year. 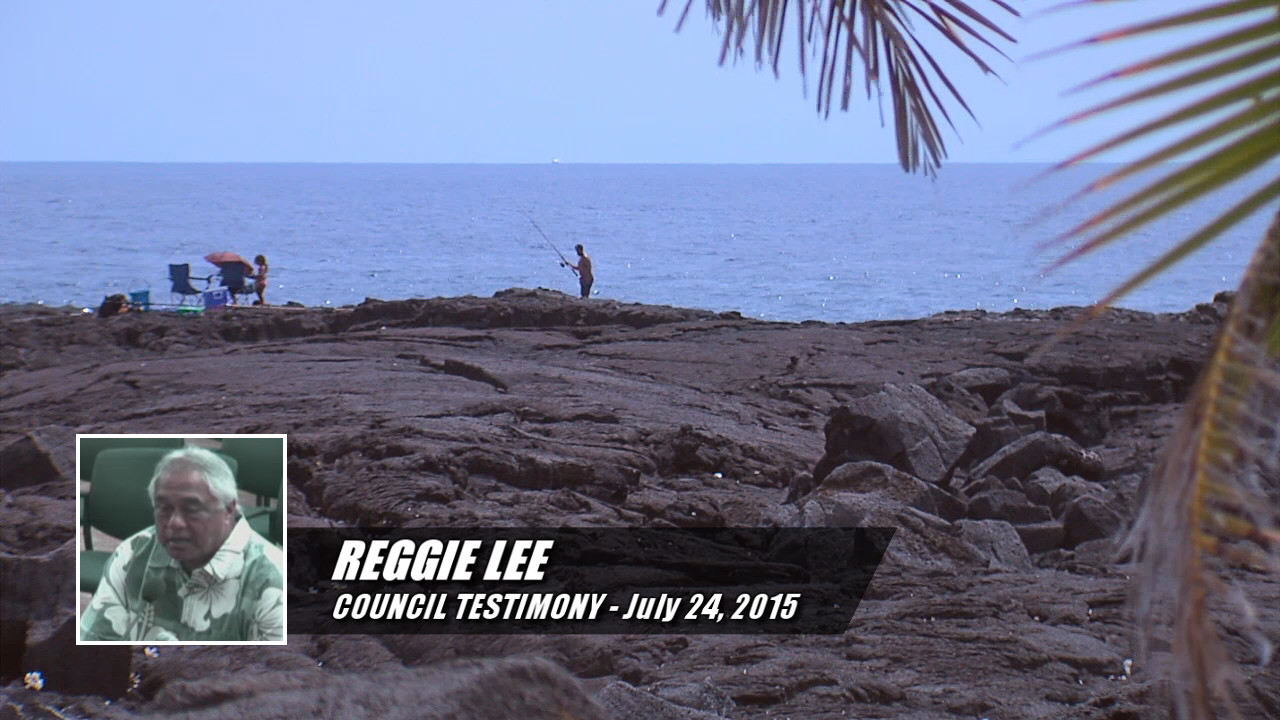 Reggie Lee testifies during the Hawaii County Council meeting in Kealakehe on July 24, 2015

Transfers/appropriates $10,500 out and from the Clerk-Council Services – Contingency Relief account (Council District 8); and credits the same to the Department of Parks and Recreation, Parks Maintenance Other Current Expenses, Rental/Lease of Equipment account (ʻOʻoma Portable Restrooms). Funds would be used to pay for one Americans with Disabilities Act compliant restroom and five standard portable restrooms for one year.