MAUNA KEA - Video of an early morning raid on the encampment of Thirty Meter Telescope opponents has been released by the Department of Land and Natural Resources. The arrestees were maintaining an around-the-clock vigil on Mauna Kea. 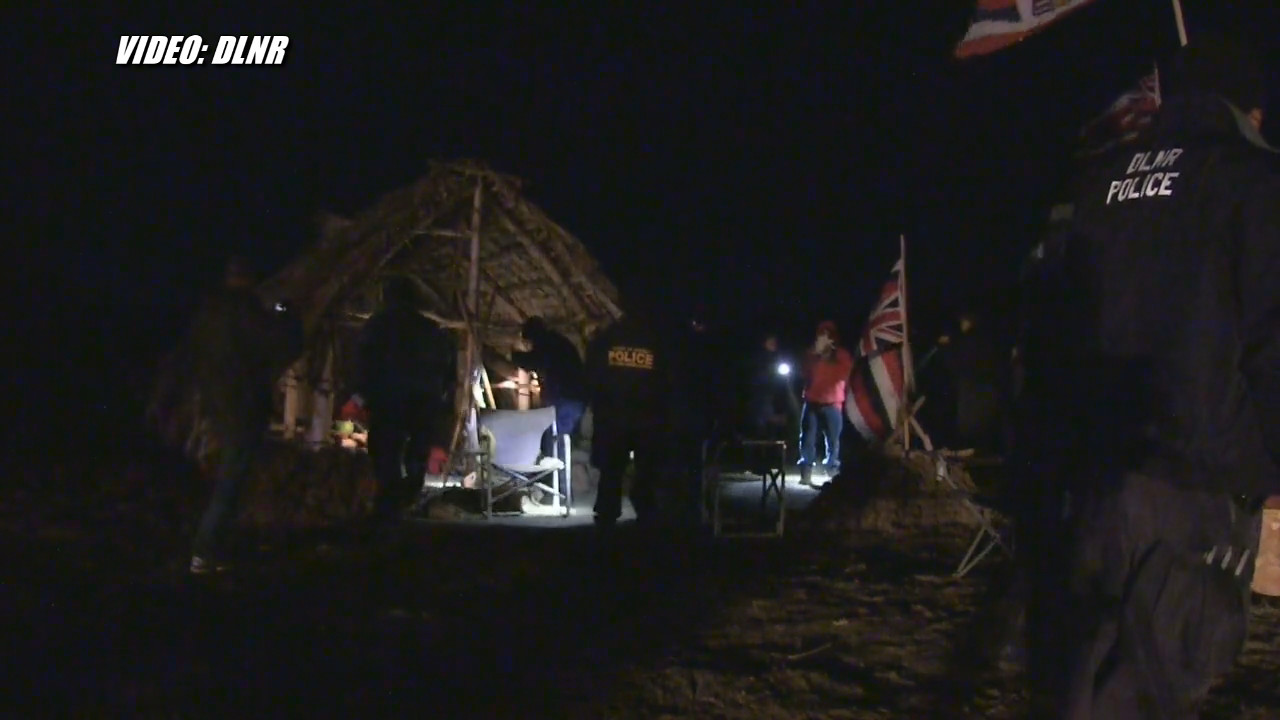 Arrestees were apparently huddled together in Hale Kukiaimauna when they were taken by DLNR officers. Image from DLNR video. 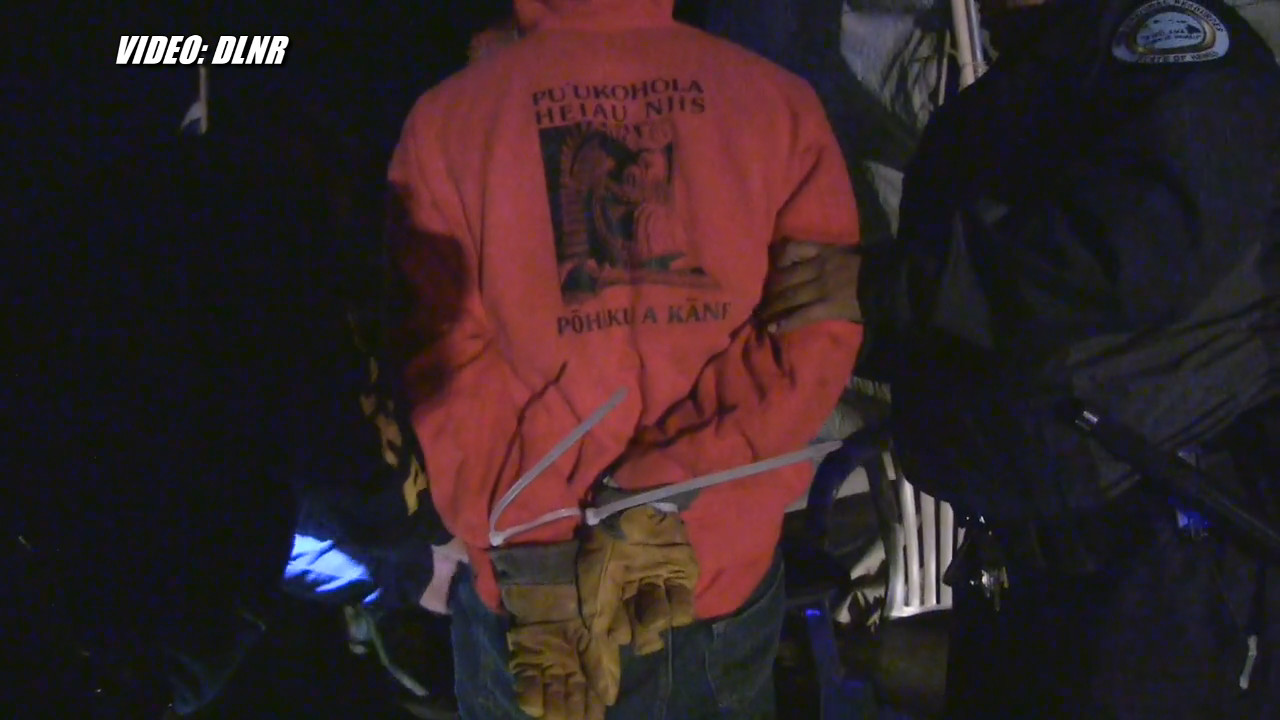