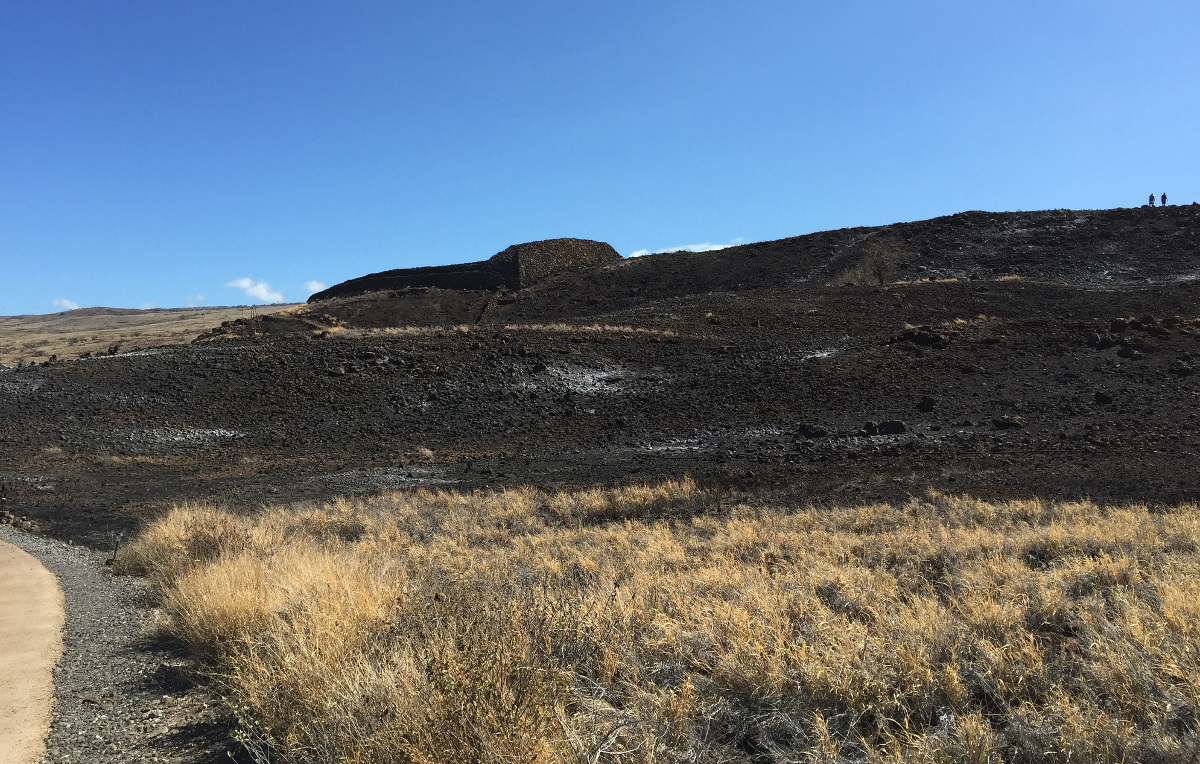 The historic site is currently closed to the public as National Park Service archeologists conduct surveys to assess any damage to cultural sites from a brushfire that burned more than 4,650 acres in Kawaihae. The archeologists will work through Wednesday, and Pu‘ukoholā Heiau National Historic Site will remain closed.

Superintendent Daniel Kawaiaea said the park will also be closed Thursday in preparation for Hurricane Hilda, and will reassess on Friday whether or not the park will open for the weekend.

The fire burned about 90 percent of the vegetation on the park’s 80 acres, and melted temporary solar light fixtures along its main path. Large blackened swaths of ground, once covered in plants, is now exposed throughout the park. Pu‘ukoholā Heiau, the massive stone temple where King Kamehameha the Great launched his successful quest to unite the Hawaiian Islands in 1810, did not sustain any damage in the fire, nor did any other buildings. As of Tuesday the site was without internet, and the headquarters area was without power and water.

The 43rd annual Ho‘oku‘ikahi Establishment Day Hawaiian Cultural Festival will not be rescheduled this year. Instead, the National Park Service said in a media release:

… the public is encouraged to save the date for next year’s festival, scheduled for Aug. 13 & 14, 2016. Next year also marks the 225th anniversary of the completion of the heiau in 1791, and the centennial anniversary of the National Park Service.

“We regret the inconvenience of having to close temporarily and for having to cancel the festival that so many enjoy,” said Superintendent Kawaiaea. “As always, our priority is the safety of park staff, our visitors, and the practitioners,” he said.