Mauna Kea Sides Have Yet To Meet For Ho’oponopono

HILO - According to defendants seeking Ho'oponopono following their April 2 arrests on Mauna Kea, the opposing parties have yet to participate in the Hawaiian cultural mediation process. 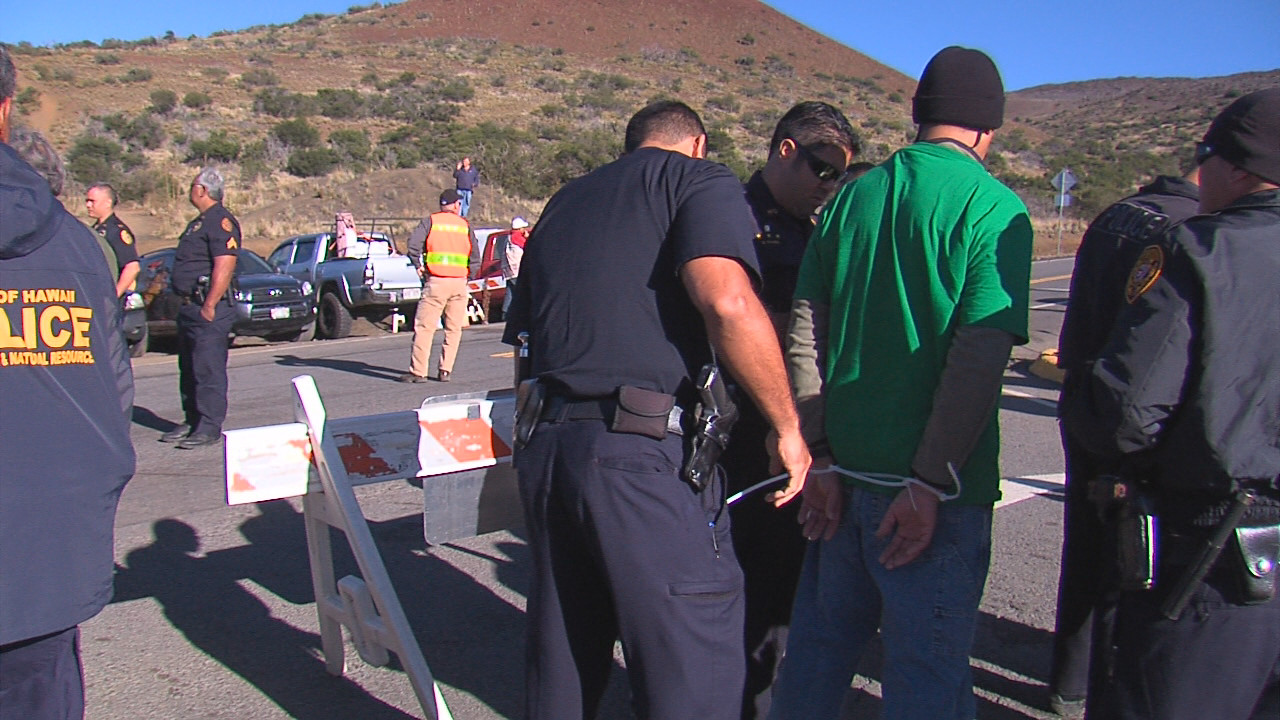 Craig Neff, who was arrested on April 2 and is now one of the defendants approved by the court to seek Ho’oponopono, is disappointed.

HILO – According to defendants seeking Ho’oponopono following their April 2 arrests on Mauna Kea, the opposing sides have yet to meet to initiate the Hawaiian cultural process of making right.

According to a media release from the “Mauna Kea Protectors seeking Ho’oponopono”:

Several defendants in the original Mauna Kea 31 appealed to the Governor, University of Hawaii, TMT officials and DLNR to join in a 9AM kukakuka session on Saturday, August 8th at the Hilo office of the Queen Lili’uokalani Children’s Center. No one other than Defendants and Ho’oponopono haku (facilitator), Howard Pe’a showed up.

The governor’s deputy director of communications and press secretary, Jodi Leong, says they are not aware of any invitation regarding a Ho’oponopono. “Even if there was or if it did take place,” Leong wrote, “it would not be discussed in the media to protect the integrity of productive discussions and peaceful dialog with all stakeholders.”

According to the defendants, the August 8th session was intend to provide all involved with the chance to “freely explore with the haku (facilitator) what will be involved in the Ho’oponopono process to determine whether or not to go forward with a commitment to Ho’oponopono. It should be noted that in Ho’oponopono all discussion is very structured. All discussion goes thru the haku so the number of individuals involved doesn’t really matter because the haku controls the discussion.”

The haku is Howard Pe’a, who trained and worked with Aunty Abbie Napeahi.

In May a motion requesting Ho’oponopono was filed by defendants Jim Albertini, Ronald Fujiyoshi and Gary Oamilda. The motion was apparently supported by both the prosecutors office as well as Judge Barbara Takase. Hawaii County Prosecutor Mitch Roth spoke in support of Ho’oponopono a few months ago in this interview with Sherry Bracken:

Craig Neff, who was arrested on April 2 and is now one of the defendants approved by the court to seek Ho’oponopono, also provided a statement in the media release:

“We were disappointed that none of the opposing parties accepted our invitation and only UH President, David Lassner, had the courtesy to even respond via an email to one of the defendants. There is a lot of talk by the Governor and others about the need to talk to one another in a respectful way but such words seem more posturing than substance. Still we are not prepared to give up on the possibility of Ho’oponopono to protect Mauna Kea. We will continue to reach out to the opposing parties and will also now try to include Mayor Billy Kenoi and Hawaii County Police Captain Richard Sherlock. Hawaii county prosecutor Mitch Roth stated that a guilty or not guilty verdict in the Mauna Kea trials really won’t solve anything, but Ho’oponopono has the possibility of getting at the deeper issues. Ho’oponopono is a traditional Hawaiian process that has been used for hundreds of years to make right and heal very difficult situations. It seems worth a try. What do we have to lose? Protectors are also willing to seriously consider anything the University of Hawaii, TMT and Hawaii State government may propose to solve the current crisis, but so far all we’ve seen are police with guns and that doesn’t appear to be helping.”

Of the original Mauna Kea 31, charges for 10 were dropped and – in response to a court motion filed by Jim Albertini, Ronald Fujiyoshi and Gary Oamilda – the opportunity to engage in Ho’oponono was extended to the remaining defendants. Not all 21 accepted the offer. The trial date for those that did accept a path for Ho’oponopono has been delayed until December 3rd.