The entire Big Island remains under a Flash Flood Advisory until 7:45 p.m. HST. Footage captured by Visionary Video earlier today shows ponding on the road in Kawaihae. Tim Bryan filmed some of the Highway 11 closure in Ka'u near Punalu'u Beach Park.

Footage captured by Visionary Video earlier today shows ponding on the road in Kawaihae. Tim Bryan filmed some of the Highway 11 closure in Ka’u near Punalu’u Beach Park.

According to Hawaii County Civil Defense, the ongoing upper slope rains and runoff have closed Highway 11 near the Whittington Beach Park in Kau to all traffic for the second time today due to flooding. Motorists are advised to avoid the area and to use alternate routes if possible. Civil defense says school bus drop offs for the Pahala area schools were completed prior to the road closure.

At 4:40 pm HST, the National Weather Service says radar showed moderate to heavy rain over the western and northern portions of the Big Island. In addition… Moderate to heavy rain to the west of the big island continues to move toward the east. Although the rain has become light over most of the Ka’u… Puna and South Hilo districts… Ponding water and flowing streams continue to make driving difficult and are included in this advisory.

Other locations in the advisory include but are not limited to Keahole Point… Waikoloa Village… Waikii and Pu’uanahulu. 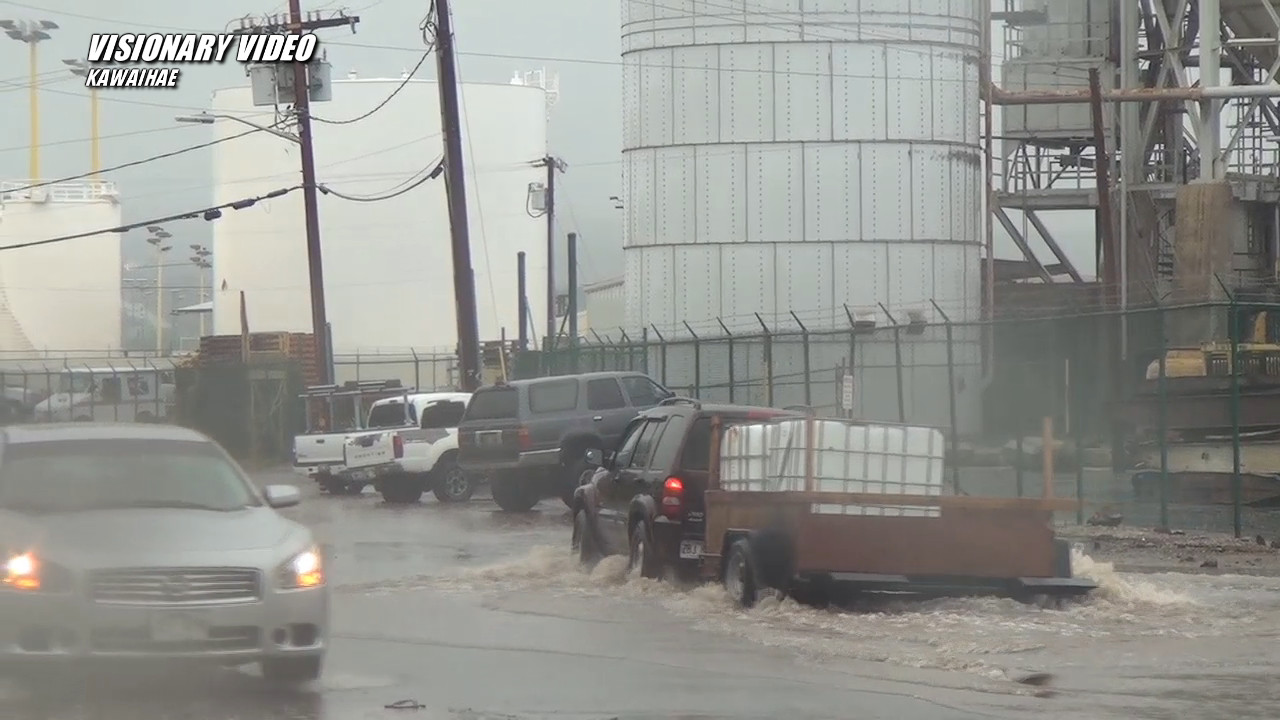