The High Surf Warning for the east facing shores of Hawaii Island issued earlier this week by the National Weather Service remains in effect and has been extended through 6 a.m. Wednesday. “Dangerous surf conditions continue to be observed and reported across areas of East Hawaii,” said Hawaii County Civil Defense in a 8:30 a.m. message. “Surf heights of 10-15 feet are forecasted for the east facing shores of Hawaii Island. Residents along the coast and in low lying areas are advised to take necessary precautions and motorists are advised to be prepared for possible debris and ponding on coastal roadways. Beachgoers swimmers and surfers are advised to exercise caution and to heed all advice given by Ocean Safety Officials.”

The following beaches and parks in the Hilo area will remain closed:

Ignacio is still a hurricane – barely – with maximum sustained winds of 75 mph. As of 11 a.m. it was 285 miles north of Hilo and moving northwest at 10 mph. As Ignacio passes us by, however, the high surf may continue.

“Even as the swell from Ignacio begins to diminish tonight,” reported the National Weather Service, “a new large east swell from distant Hurricane Jimena will maintain surf near warning levels for east facing shores at least through the weekend, and the high surf warning may need to be extended.”

Major Hurricane Jimena is moving into the Central Pacific right now and is 955 miles east of Hilo. However, the forward motion of Jimena is forecast to slow and curve toward the northwest over the next 48 hours, well away from Hawaii Island, and the storm is expected to weaken at the same time. 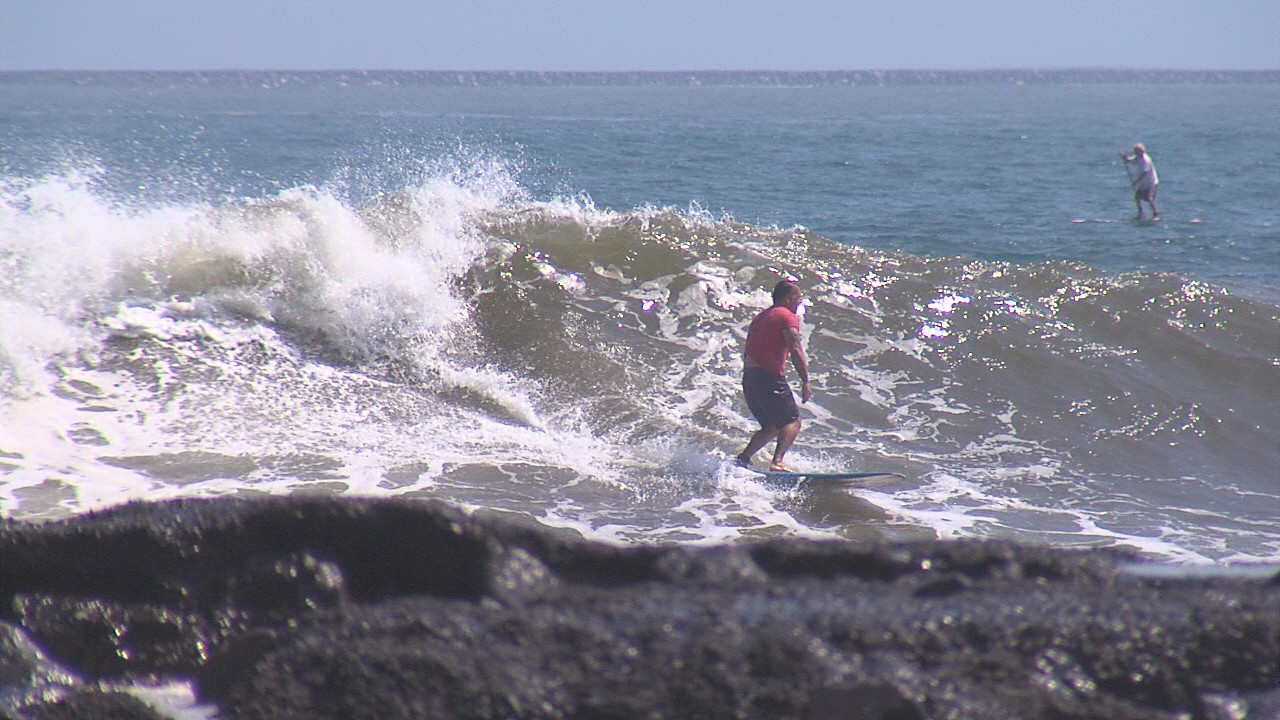