HAWAII ISLAND: The National Weather Service has issued another Flood Advisory for Hawaii Island, while the High Surf Warning has been extended until Saturday evening. 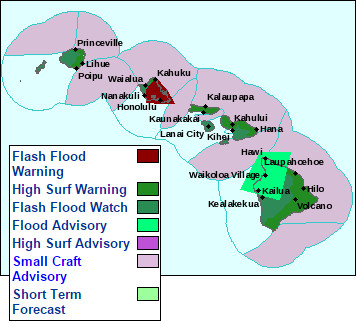 HAWAII ISLAND – The National Weather Service has issued another Flood Advisory for Hawaii Island. The latest alert is effective through 5:45 p.m. “Localized heavy rains and possible thunder showers can be expected,” said Hawaii County Civil Defense in a 3:15 p.m. message. “Motorists are advised to drive with caution and to be prepared for hazardous conditions to include ponding and run off and to anticipate traffic delays.”

“At 2:42 pm HST”, the National Weather Service reported “radar showed heavy rain near Waikoloa Village or about 22 miles northeast of Kailua-Kona. The area of heavy rain was nearly stationary. Other locations in the advisory include but are not limited to Waipio Valley, Waikoloa Beach Resort, Upolu Airport, Saddle Road Junction, Puako, Mahukona, Kawaihae, Kamuela, Honokaa and Hawi.”

In a special weather statement issued at 1:57 p.m., the National Weather Service reported “Scattered heavy showers and thundershowers are developing over the leeward slopes and interior sections of the island this afternoon due to moist and unstable conditions. The heaviest downpours may cause rainfall rates of 1 to 2 inches per hour, reduced visibility, gusty winds, and cloud-to-ground lightning.”

Meanwhile, a High Surf Warning for east facing shores of all islands has been extended to 6 p.m. Saturday. “Large surf will persist along east facing shores until early this evening,” the National Weather Service reported at 3:24 p.m. “The east shore surf may remain elevated or near warning levels through at least the weekend and likely into early next week.” Surf heights of 12 to 18 feet are expected. 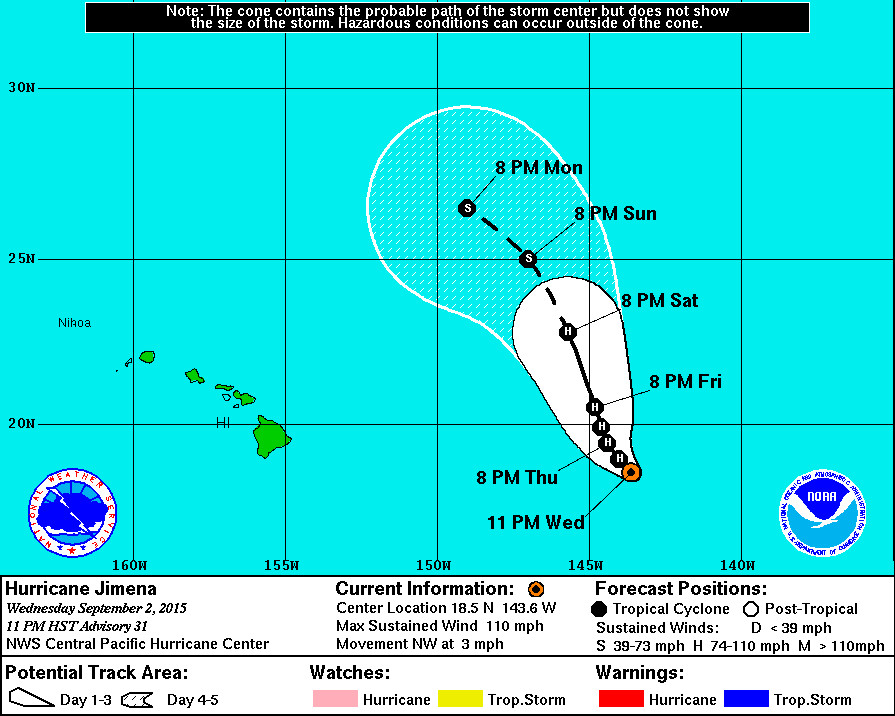