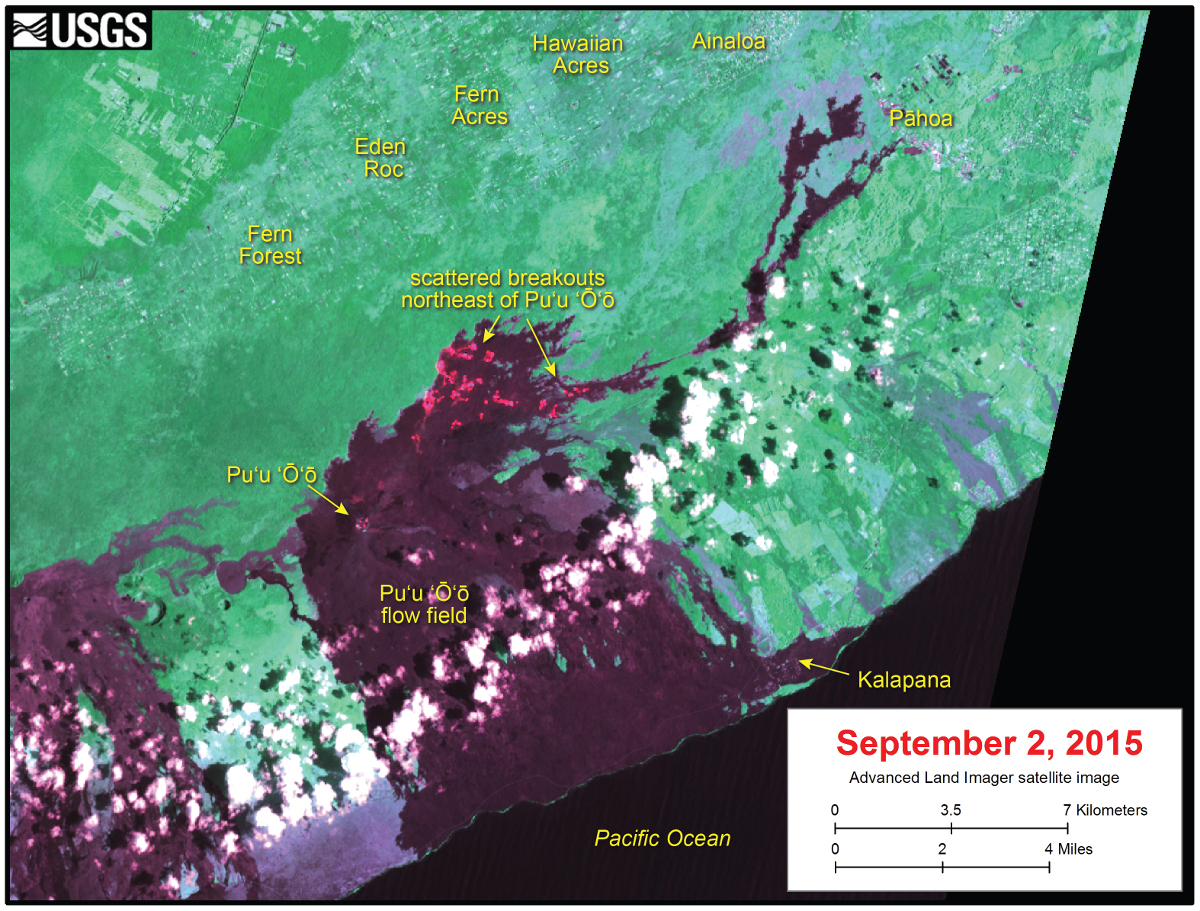 HAWAII VOLCANOES NATIONAL PARK – The above image is provided courtesy of NASA’s Jet Propulsion Laboratory. Although this is a false-color image, scientists with the USGS Hawaiian Volcano Observatory say the color map has been chosen to mimic what the human eye would expect to see. The image shows that scattered breakouts continue to be active northeast of Puʻu ʻŌʻō. The farthest active lava in this image is 4.7 miles northeast of Puʻu ʻŌʻō. 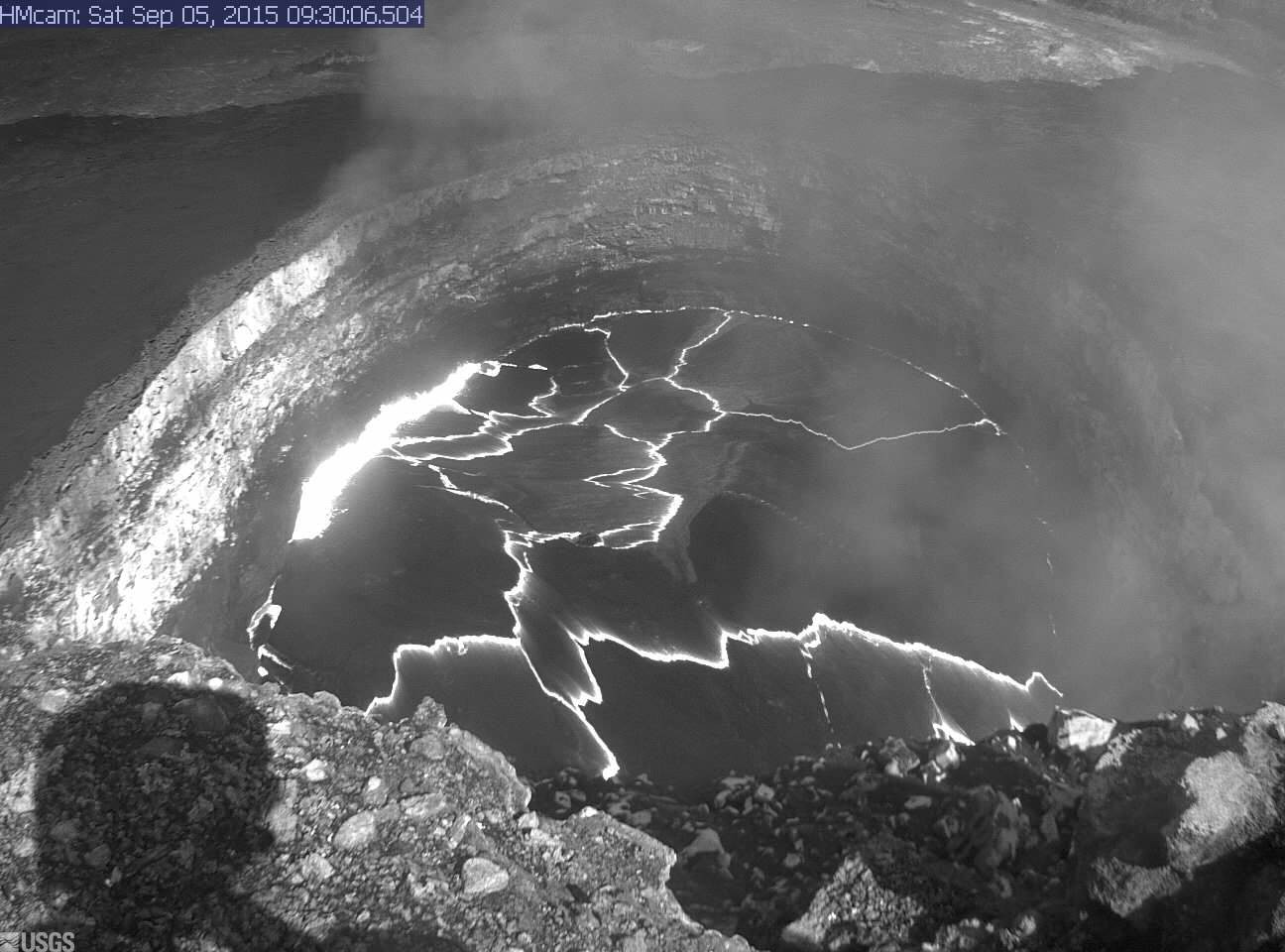 Summit Observations: The lava lake level fluctuated but remained at about 58 m (190 ft) below the floor of Halemaʻumaʻu as measured yesterday morning. Seismic tremor associated with spattering on the surface of the lava lake continued. Tiltmeters at Kīlauea’s summit recorded continued slow inflationary ground tilt. Winds have weakened and the summit gas plume is rising to the southwest this morning. Summit sulfur dioxide emission rates ranged from 1,700 to 2,700 metric tons per day for the week ending September 1.

Puʻu ʻŌʻō Observations: Yesterday afternoon, small overflows occurred around two of the glowing vents at the edge of the crater floor. Otherwise, normal activity (continuous gas release and glow at night) continued from vents within the crater. The sulfur dioxide emission rate from all East Rift Zone vents was about 390 metric tons per day when measurements were last possible on August 13, 2015.

June 27th Lava Flow Observations: Clear webcam views yesterday and overnight showed continued scattered activity on the flow field northeast of Puʻu ʻŌʻō. Lava breakouts are active only within about 8 km (5 mi) of Puʻu ʻŌʻō and are not threatening any structures. Some breakouts are marked by smoke plumes where lava is creeping into the forest.

HAWAII VOLCANOES NATIONAL PARK – With centennial events planned for 2016, Hawaii Volcanoes National Park has unveiled a new logo in honor of the milestone. The National Park Service says the logo depicts three defining elements of the park: culture, geology, and biology. According to a HVNP media release:

“In the center, Halema‘uma‘u Crater erupts on Kīlauea under a starry night sky. Massive, active Mauna Loa towers above the erupting crater. A nēnē is seen in flight and is a reminder of the success of the park’s nēnē recovery efforts. On the right “hip,” a petroglyph represents the human story behind the lava rock carvings found in the park at Pu‘u Loa Petroglyphs. On the left, the lehua blossom, a sacred flower of Pelehonuamea, the Hawaiian volcano goddess, symbolizes the native ‘ōhi‘a tree found throughout the park.” – Hawaii Volcanoes National Park

Founded on Aug. 1, 1916, Hawai‘i Volcanoes was the 15th national park established in the U.S., and celebrates its centennial anniversary along with the National Park Service itself, which turns 100 on Aug. 25, 2016. For more info, visit the park’s new Centennial web page.