FERN ACRES: Police have charged the operator of the Alternative Pain Management Pu'uhonua Collective - documented in a news video back in July - with 31 counts after a narcotics search warrant was served on his Fern Acres property. 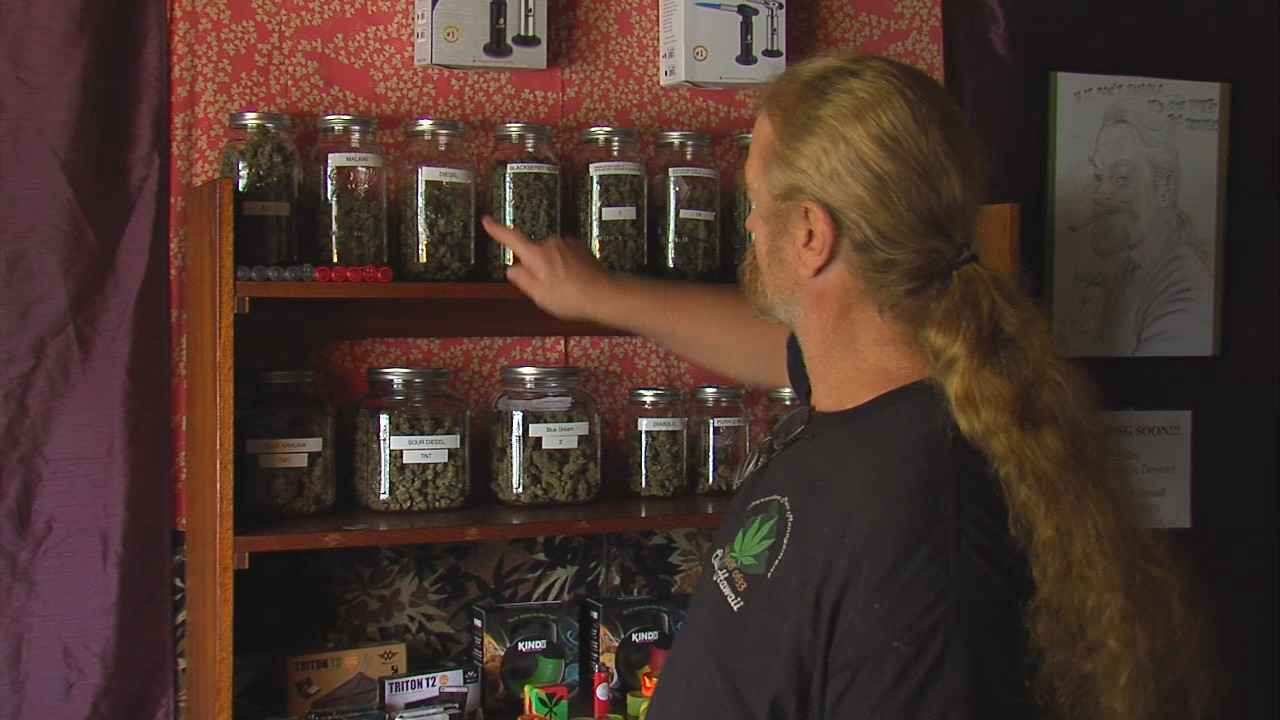 FERN ACRES, Hawaii – Police have charged the operator of the Alternative Pain Management Pu’uhonua Collective with 31 counts after a narcotics search warrant was served on his Fern Acres property.

58-year-old Michael Doyle Ruggles of Mountain View, was arrested at the scene on Thursday, September 10th and taken to the Hilo police cellblock where he remains pending his initial court hearing scheduled for Monday. His bail was set at $84,500.

Mike Ruggles introduced Big Island Video News to his Alternative Pain Management Pu’uhonua Collective in July. It was said to be the first of its kind on Hawaii Island. At that point, the collective had been open for six months, at a time when medical marijuana dispensaries were about to become legal in the state of Hawaii. Governor David Ige signed the legislation a few days after this was filmed. But Ruggles said his Pu’uhonua Collective is not a dispensary, and he said his collective is already operating within the confines of current law. He said he was already accounting for tax in his transactions, with plans to pay the state its share of the revenue.

“If they’re smart, they’ll be happy,” Ruggles said of authorities at the time. “If they’re not, we can fight about it.”