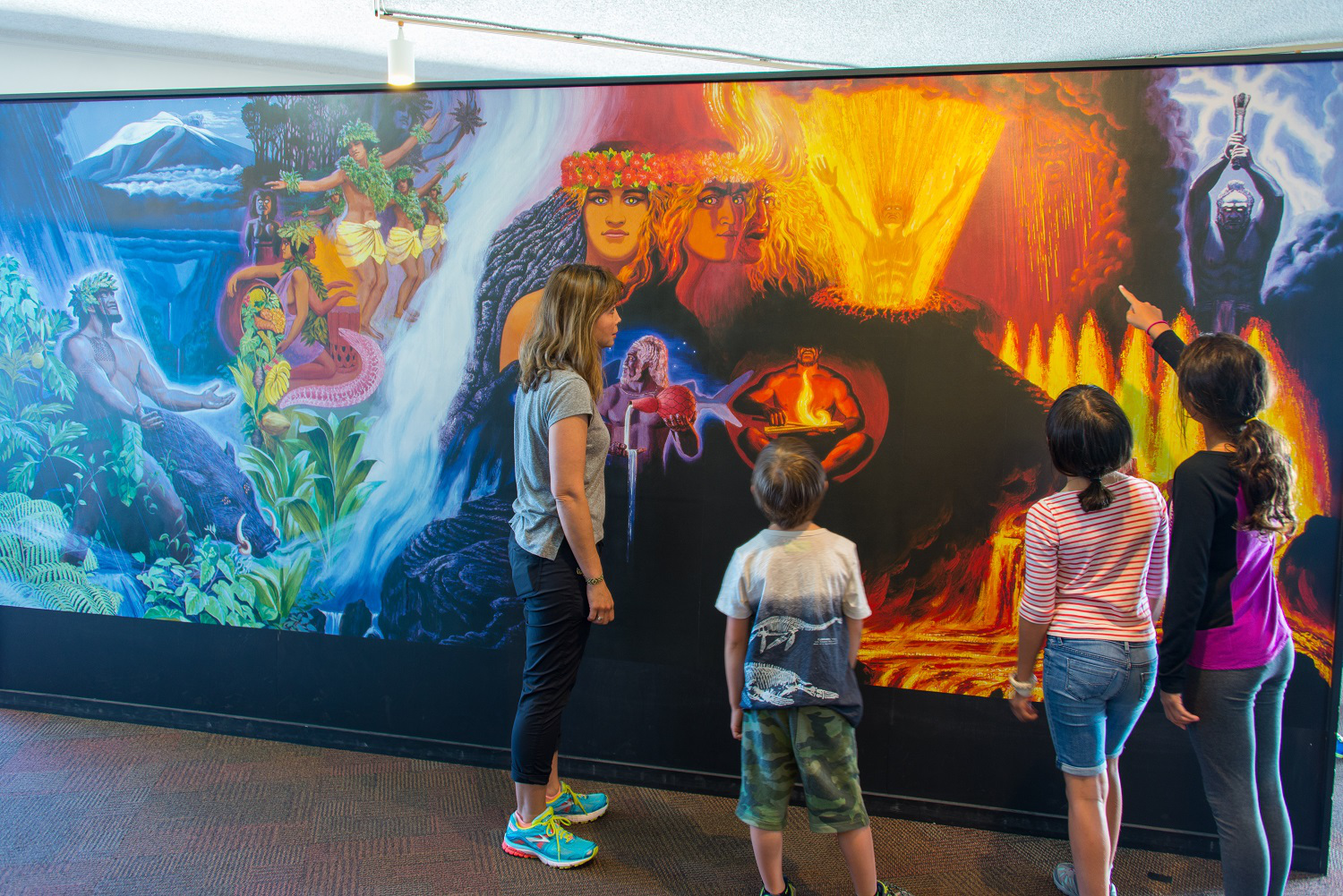 A colorful wall mural of Hawaiian deities painted by Herb Kawainui Kane has been restored at Jaggar Museum in Hawai‘i Volcanoes National Park.

Thanks to an $8,000 grant by Tourism Cares, a $1,600 donation and 32 hours of service by the non-profit Friends of Hawai‘i Volcanoes National Park, the artwork titled A Pantheon of Volcano Spirits, is once again bright and colorful. The mural depicts volcano goddess Pelehonuamea, her brother and shark god Kamohoali‘i, rival demigod Kamapua‘a, and other Hawaiian deities affiliated with volcanoes.

Tourism Cares awarded the “Tourism Cares Special Globus Grant,” to the Friends of Hawai‘i Volcanoes National Park (FHVNP). The mission of Tourism Cares is to uphold the organization’s mission to preserve and enhance the travel experience for future generations. The mission of the non-profit FHVNP is to support the park in the protection, preservation, and interpretation of the natural and cultural resources for the enjoyment of current and future generations.

World-renowned artist Herb Kawainui Kane, one of the most beloved artists in Hawai‘i, passed away in 2011. Several pieces of Kane’s art are displayed in the national park for the public to enjoy.