HILO: Hundreds packed the Hilo High School cafeteria Tuesday night for the Hawaii Public Utility Commission's public listening session for the Hawaiian Electric Companies and NextEra Energy docket, a multi-billion dollar deal said to be one of the biggest economic transactions in state history. The PUC is tasked with approving or disapproving of the proposed merger. 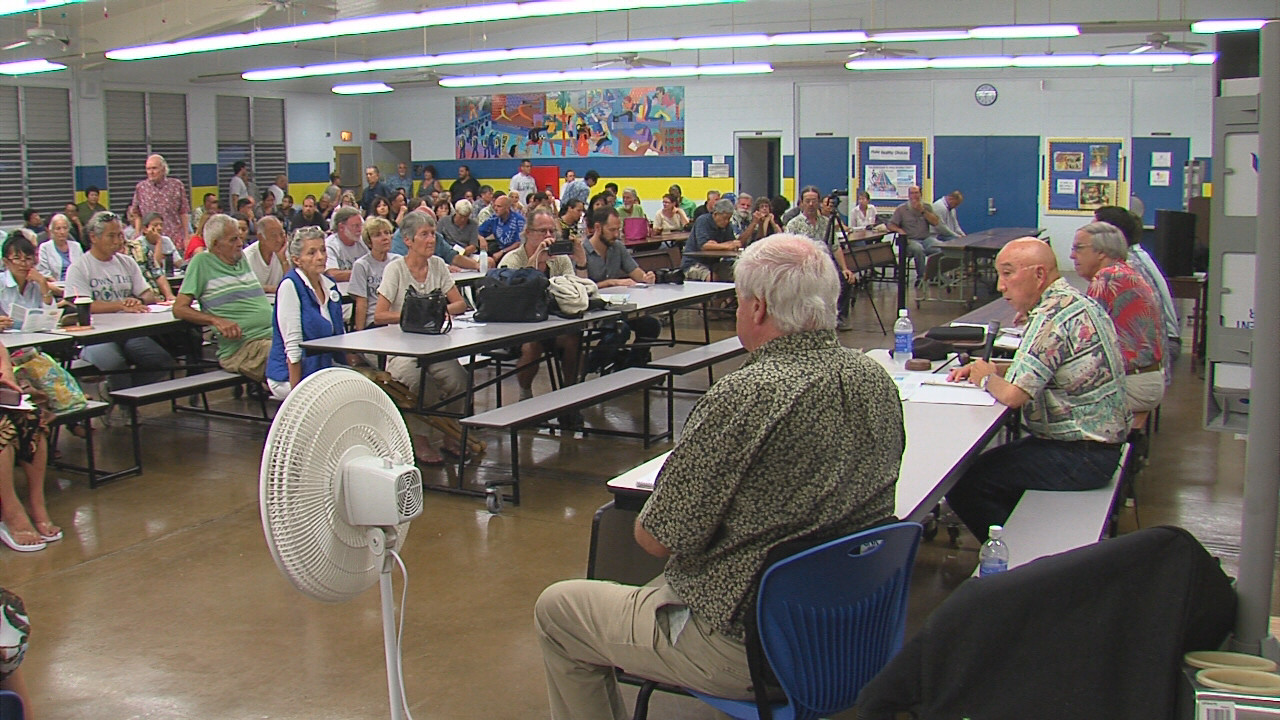 HILO, Hawaii – Hundreds packed the Hilo High School cafeteria Tuesday night for the Hawaii Public Utility Commission’s public listening session for the Hawaiian Electric Companies and NextEra Energy docket, a multi-billion dollar deal said to be one of the biggest economic transactions in state history. The PUC is tasked with approving or disapproving of the proposed merger.

The listening sessions, which have already been held on Maui and Lanai, are intended to be the opportunity for the members of the public who are not intervenors in the docket to express their thoughts on the deal. 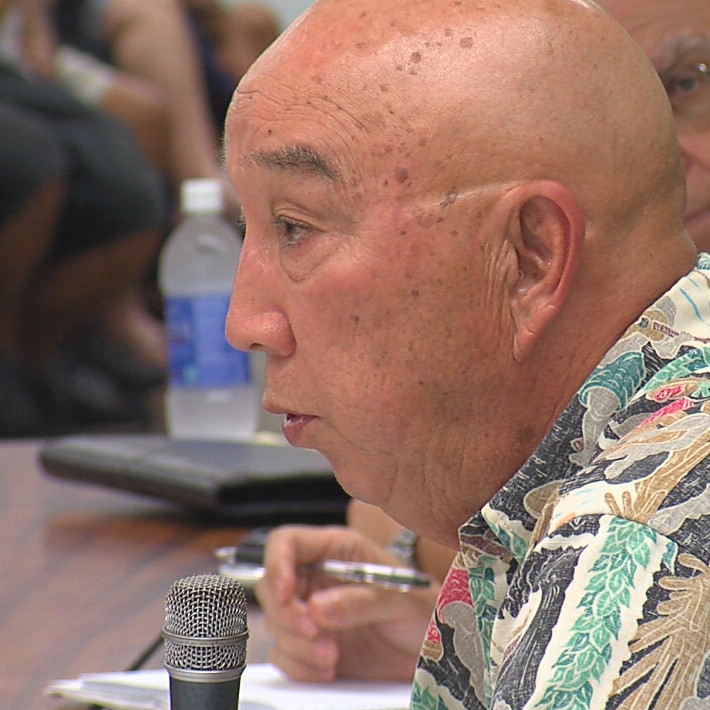 “The Commission is not required by law to conduct these sessions. However, the Commission is of the view that providing members of the public – and i emphasize this – who are not members or parties to the proceeding the opportunity to address the Commission concerning whether the proposed transaction is appropriate. We want to we want to hear from you.”Randy Iwase, PUC Chair

During the two-hour event, there were some testifiers in favor of the merger, but most were opposed. Testifier Nelson Ho asked for a show of hands: how many in the audience were against the merger? The answer is in the video below.

A show of hands in Hilo

This video summarizes tonight's PUC meeting in Hilo on the HEI-NextEra deal … a show of hands prompted by Nelson Ho. There were some voices in support, but they were vastly outnumbered. More video to come.

Cory Harden, a member of the Sierra Club’s Moku Loa Group, set the tone for the rest of the night with her testimony in opposition. 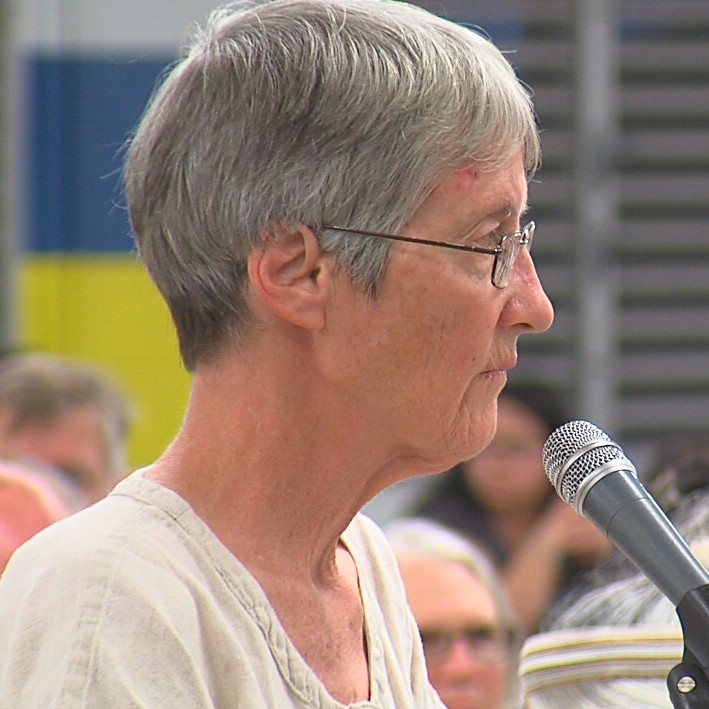 “I’m happy that NextEra came to Hawaii but I will be even happier when they leave. I’m happy they came because they have jump-started the conversation in Hawaii about the best model of utility ownership and about renewable energy. I hope that conversation will include consideration of county-owned utilities and/or co-op utilities. These models would meet local control instead of control by strangers thousands of miles away. It would mean profits return to the people, not going to millionaire executives. And it could mean much greater focus on renewable energy.”Cory Harden testimony 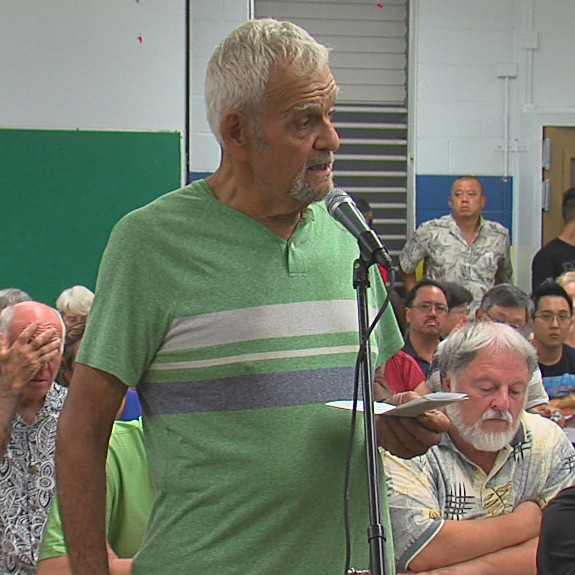 “We are not Oahu. We are not Maui. We are ten times larger than any other island in the chain. And we deserve consideration as the free standing island that we are.”Jon Olson testimony 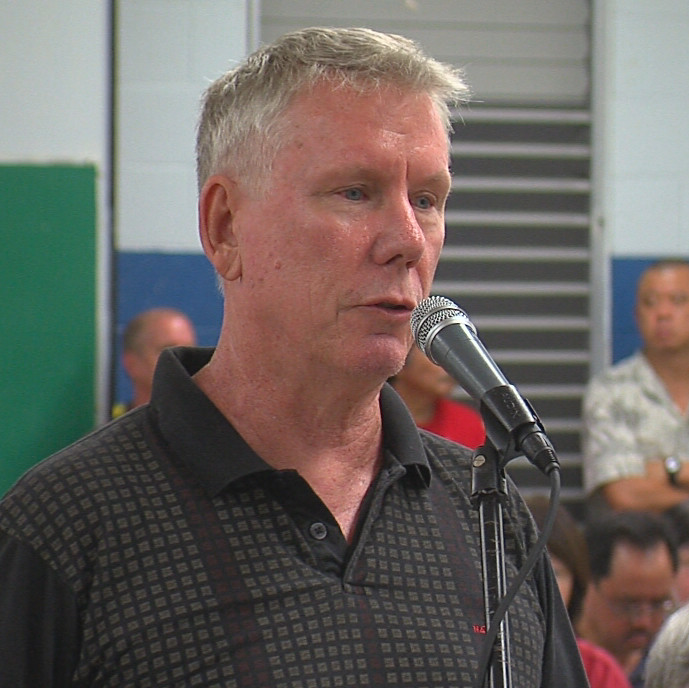 “NextEra wants to come in with a business model that is totally twentieth century in terms of energy. Shareholder owned, vertically integrated, fossil fuel driven. It’s a dinosaur. And Hawaii should be a leader in energy.”Jim Wyban testimony 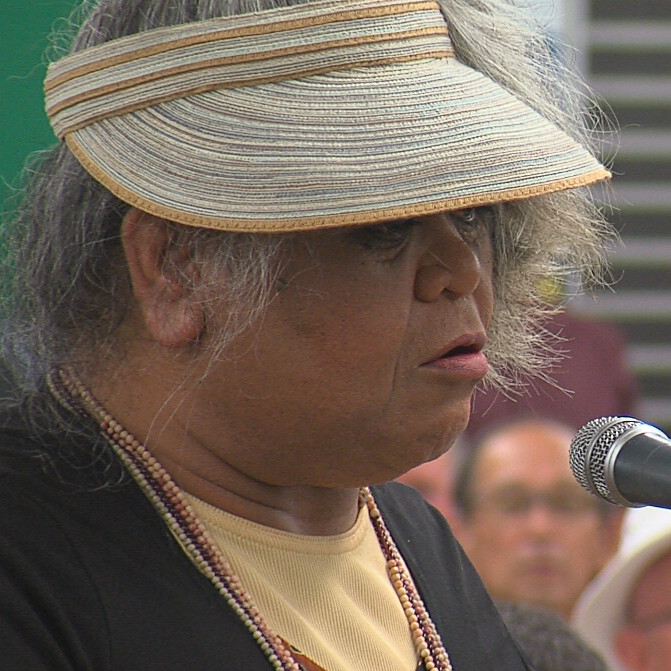 “Today I read in the paper that Richard Ha invites us to come. You know I never met that man before, but I trust him. If he’s gonna be involved with this co-op, and if other businessmen like very Barry Taniguchi from KTA, and all these other important people that know what they doing… If they’re gonna be involved in bringing the transition from HELCO to Hawaii Island Energy Co-op then I would like to say, ‘let it be that way. Let it still be local.’Lei Kalamau testimony