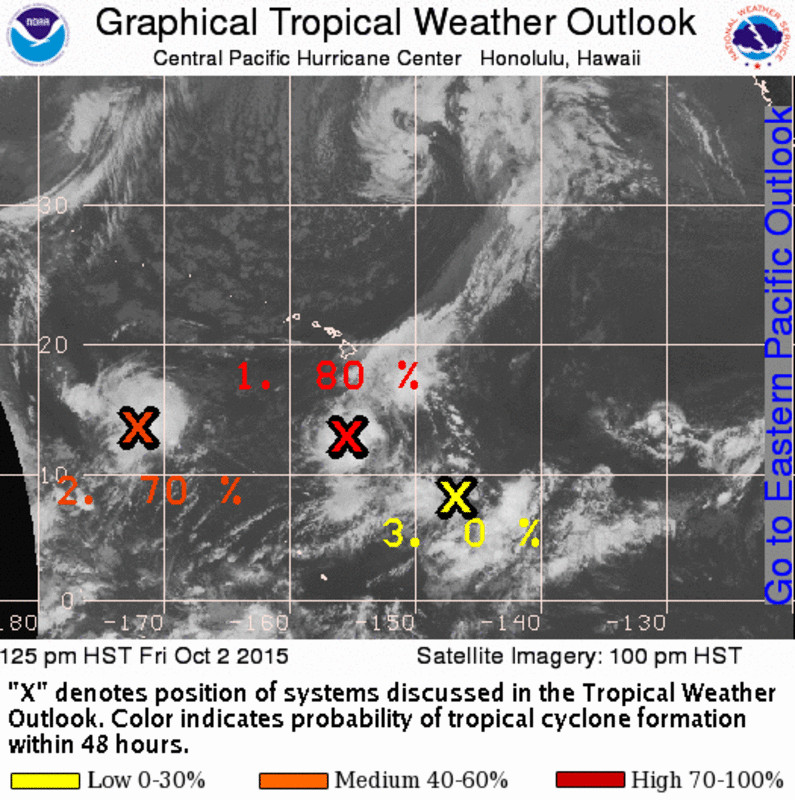 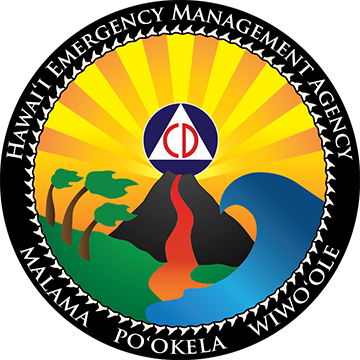 Forecasters say breezy trade winds will continue into next week as Hawaii “is currently between high pressure to the north and two tropical disturbances to the south.”

“A relatively dry and stable airmass will give way to a deep trough aloft with increasing tropical moisture from the south may combine to produce an extended period of wet weather from late in the day Saturday into next week for the eastern half of the state.” National Weather Service on Oct. 2, 2015

“An area of moisture located to the west-southwest of Hawaii Island is expected to bring heavy rainfall beginning Saturday evening and lasting through Sunday. Hawaii Island and Maui County will feel the majority of the effects, while Oahu and Kauai are not likely to see much rainfall from this particular event.”Hawaii Emergency Management Agency on Oct. 2, 2015

“TD 98-C is likely to drift west-northwest and cross into the Western Pacific early next week with no threat to the islands. However, TD 97-C is located 500 miles south of Hilo in an area where conditions are favorable for system organization over the weekend.

Forecasters warn of high uncertainty at this stage, but models show TD 97-C moving slowly to the north-northwest until Monday, and then curving sharply toward the east on Tuesday. This expected change in track will route the system on a northeasterly path toward the state. There is potential for heavy rainfall and high surf, but it is too early to predict the extent of those effects.”Hawaii Emergency Management Agency on Oct. 2, 2015