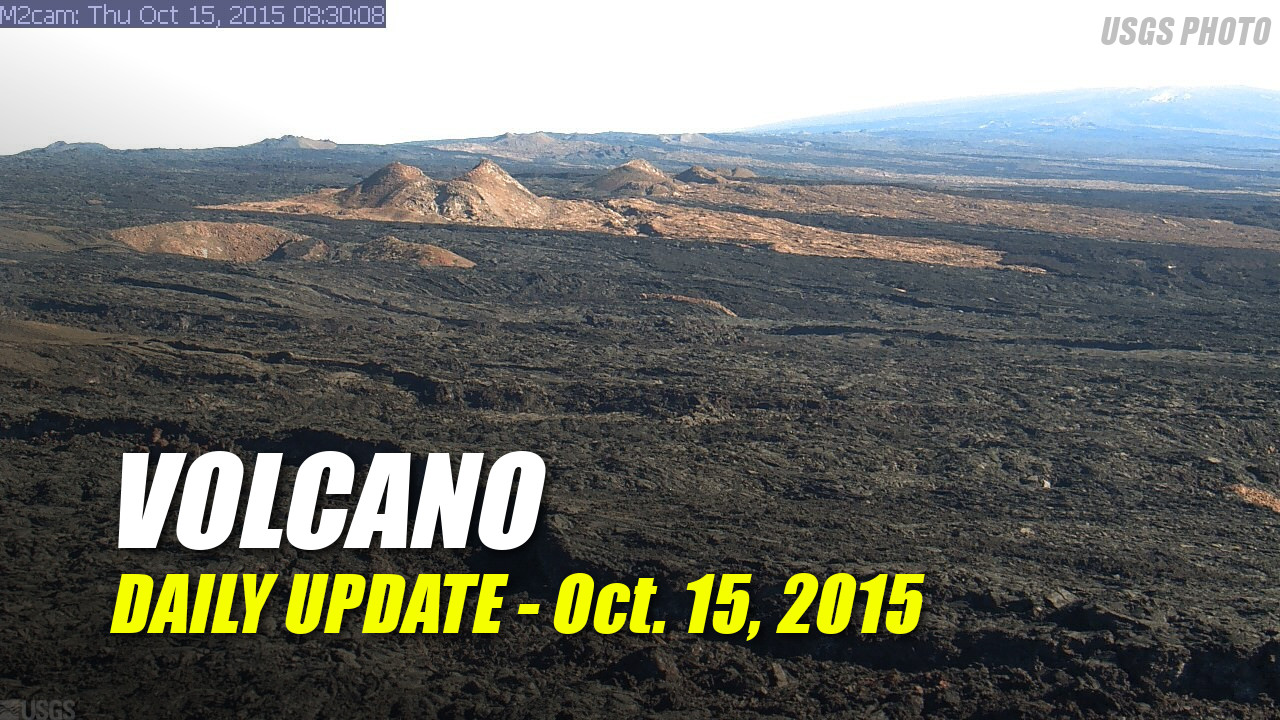 (ABOVE) A USGS image taken today from a research camera positioned on a cone in Mauna Loa’s Southwest Rift Zone in Hawaiʻi Volcanoes National Park. The volcano’s summit is at upper right.

“Summit deflation continued over the past day, with the lava lake level slowly dropping. The dropping lava level triggered several small collapses within the Overlook crater. These small rockfalls impacted the lake and caused brief spattering and agitation of the lake surface. This morning, the lake was roughly 80 meters (260 ft) below the Overlook crater rim. Summit sulfur dioxide emission rates ranged from 1,500 to 4,300 metric tons per day during the 2-week period ending September 30.”USGS Hawaiian Volcano Observatory on Oct. 15, 2015

Scattered breakouts remain active northeast of Puʻu ʻŌʻō, within about 7 km (4 miles) of the vent. There is no lava flow threat to nearby communities.