HILO: Hawai‘i Community College celebrated its 75th anniversary with a scholarship fundraiser on Saturday, November 7. During the event, 89-year-old alumnus Matthew Y.P. Chow was presented with an honorary certificate. Chow was enrolled in the welding program from 1941-1943.

HILO, Hawaii – Hawai‘i Community College celebrated its 75th anniversary with a scholarship fundraiser on Saturday, November 7. During the event, 89-year-old alumnus Matthew Y.P. Chow was presented with an honorary certificate. Chow was enrolled in the welding program from 1941-1943. 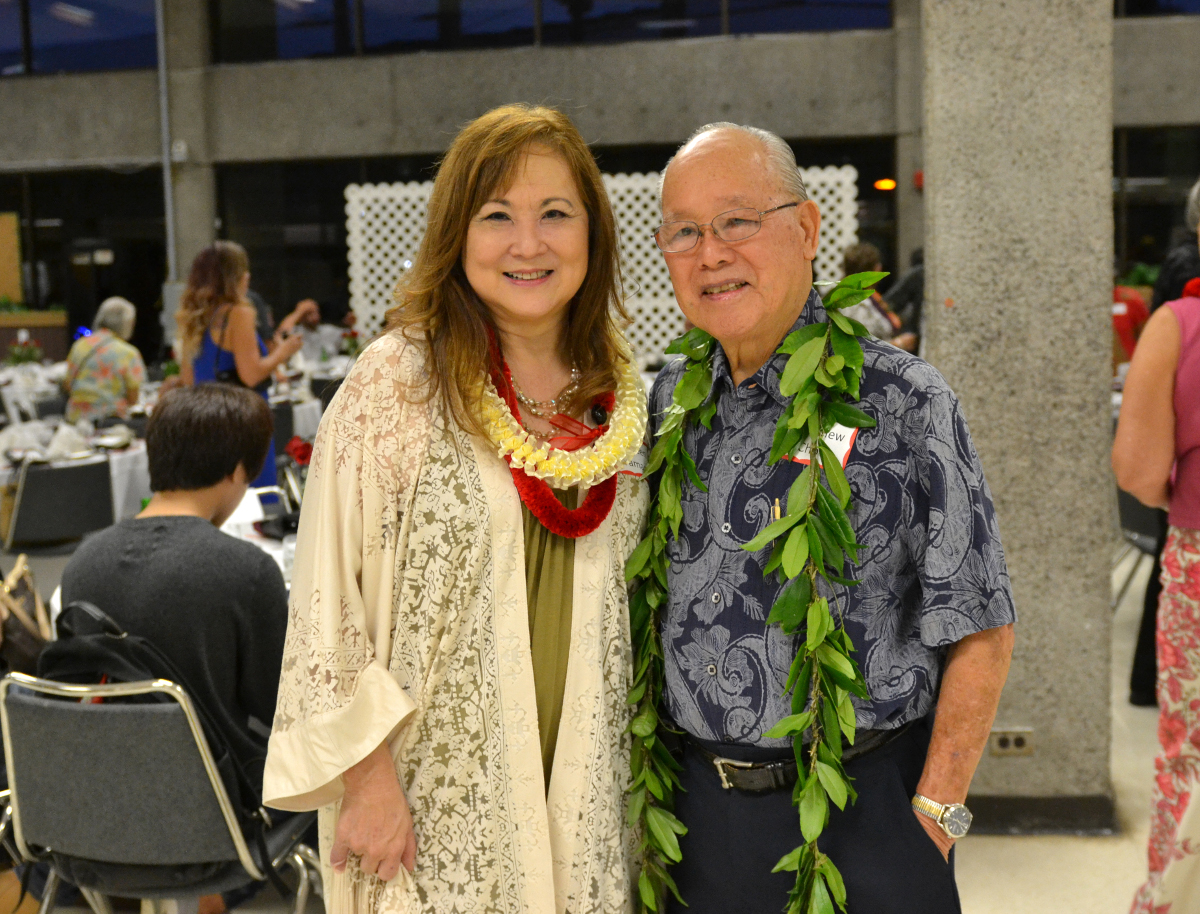 The Hawai‘i CC Alumni and Friends Scholarship Fundraiser Dinner and 75th Anniversary Celebration attracted support from the community in the form of ticket sales and donations, and the proceeds will help students achieve their dreams of a college education.

“As we celebrate Hawai‘i Community College’s 75th anniversary, it is wonderful to see the community support for our students,” said Hawai‘i CC Chancellor Noreen Yamane. “For 75 years we have helped students gain the skills and knowledge they need to lead successful lives, but it would not have been possible without such a strong community as our foundation.”

Hawai‘i CC was founded in 1941 as the Hawai‘i Vocational School with five trades programs and 183 students. The college has continually evolved to meet needs of employers and students, and Hawai‘i CC now offers 26 academic programs and has more than 3,000 students enrolled in Hilo and at the new campus in Kona named Hawai‘i Community College – Pālamanui.

With programs such as Natural Science, Auto Mechanics, and Early Childhood Education, students can prepare to enter the workforce right after graduation or easily transfer to other colleges such as the University of Hawai‘i at Hilo.

The fundraiser on Saturday featured speeches, a silent auction, a vintage fashion show, and the recognition of an alumnus who enrolled the very first year the college opened in 1941.

Hawai‘i CC awarded Matthew Y.P. Chow an honorary certificate during the event. Chow, an 89-year-old Hilo resident, enrolled in the welding program from 1941-1943. He never received a diploma, however, because a curfew imposed from sunset to sunrise as a result of World War II prevented a commencement ceremony from taking place, he said.

“It brings back a lot of memories, old time memories of my attendance at Hawaii Vocational School back in 1941-43,” Chow said.

With his welding skills, Chow worked for two years at the Pearl Harbor Naval Shipyard during World War II. After the war he obtained a bachelor’s degree in biology and worked for more than 20 years as a biology teacher at Hilo High School.

Hawai‘i CC Alumni and Friends will use the proceeds of the fundraiser to create an endowment that will provide student scholarships.