Thursday night in Pahoa, one resident wanted to know why the county couldn't get more precise with their dengue fever outbreak map. He wanted to know the locations, down to the neighborhood street.

PAHOA, Hawaii – As a part of the ongoing response to the dengue fever outbreak on Hawaii Island, government officials are publishing maps charting the spread of the mosquito borne illness across the island. The maps have generated a lot of interest, especially among residents who are eager to see whether or not the disease is festering somewhere nearby.

State and county officials are both producing their own weekly maps and are presenting the data differently. The state is showing general areas of high, moderate and some risk for dengue fever. Right now, only South Kona shows high risk, while Kailua-Kona, Na’alehu, Hilo and Puna are showing moderate risk. When it comes to charting the outbreak, Hawaii Department of Health officials say the epi curve is even more important than the map when it comes to illustrating the progression of the disease.

Hawaii County has taken the approach of pinpointing confirmed and suspected cases of dengue on the map. The county map also shows where people have been tested for dengue and the results were negative.

During a public meeting on Thursday night in Pahoa, one resident wanted to know why the county couldn’t get more precise with their pinpoint map. He wanted to know the locations, down to the neighborhood street. Civil defense chief Darryl Oliveira explained that creating the map is a balancing act between informing the public and preserving the infected patients’ right to privacy. 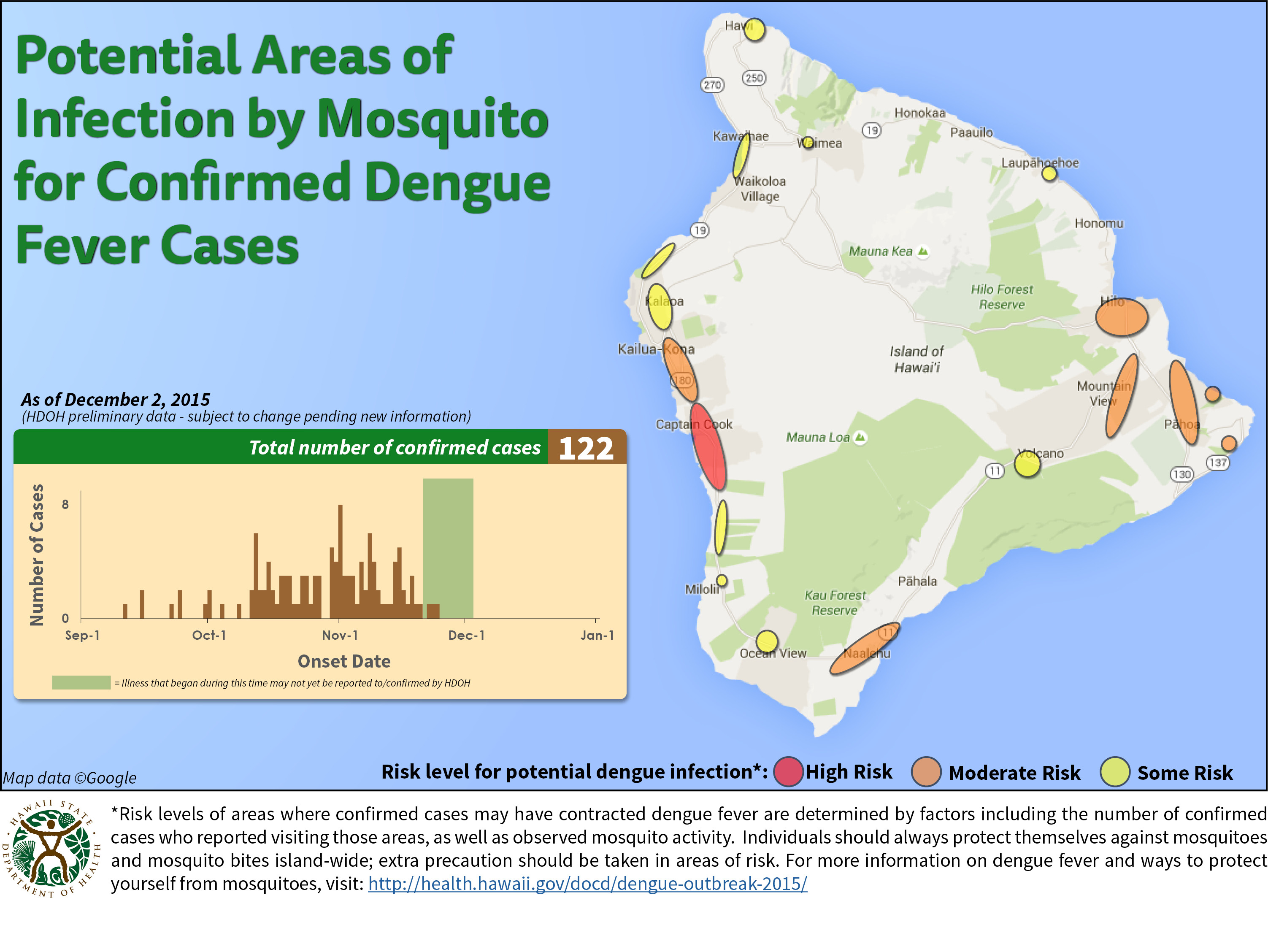 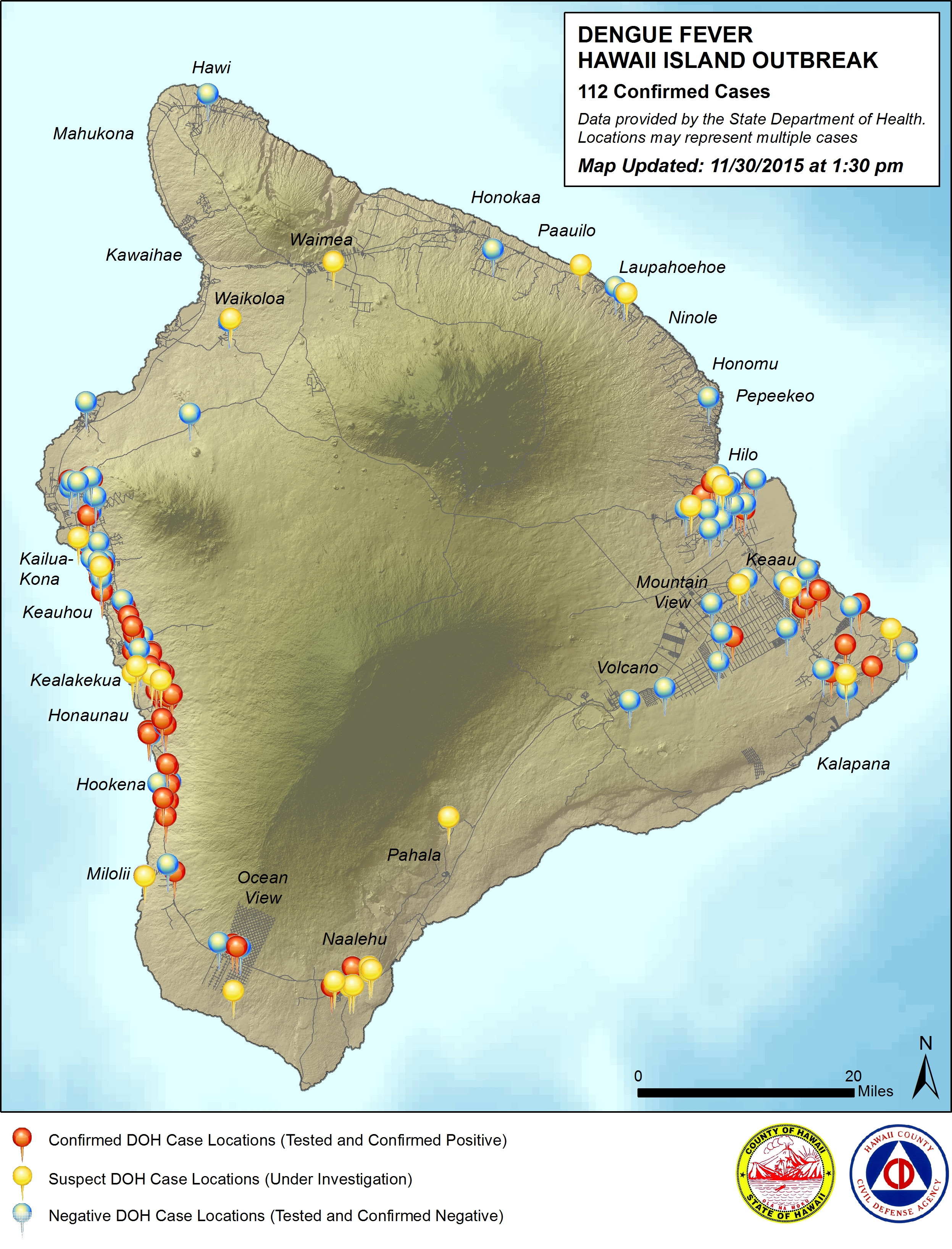