HAWAII ISLAND - There have been 153 confirmed cases of locally-acquired dengue fever identified on Hawaii Island, an increase of 4 cases from the previous day. 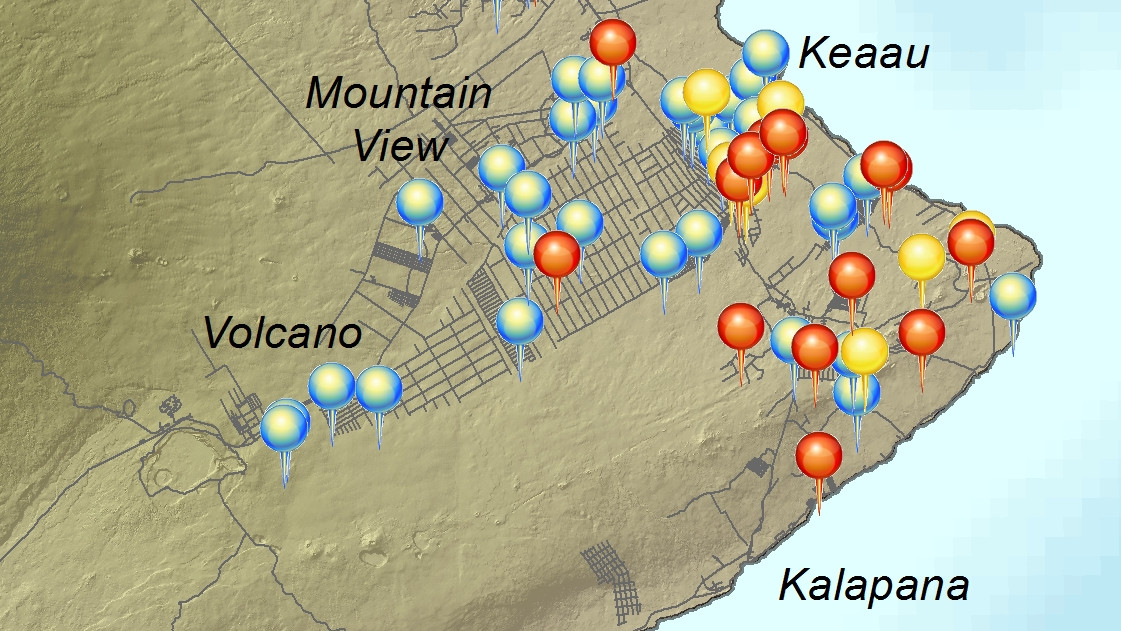 HAWAII ISLAND – There have been 153 confirmed cases of locally-acquired dengue fever identified on Hawaii Island, an increase of 4 cases from the previous day. Of the confirmed cases, the state Department of Health says 136 have been Hawaii residents and 17 have been visitors. 120 cases have been adults; 33 have been children 18 years of age and under. All are recovering or have recovered, health officials say. The most recent onset of illness was December 8.

The number of reported potential cases that were excluded based on test results and/or not meeting case criteria also rose from 571 to to 590.

“Because dengue fever is only transmitted by mosquitoes,” Hawaii County Civil Defense said, “the Department of Health is spraying and treating areas with high mosquito presence and confirmed cases.” The state is conducting spraying in various areas of South Kona and Puna today. 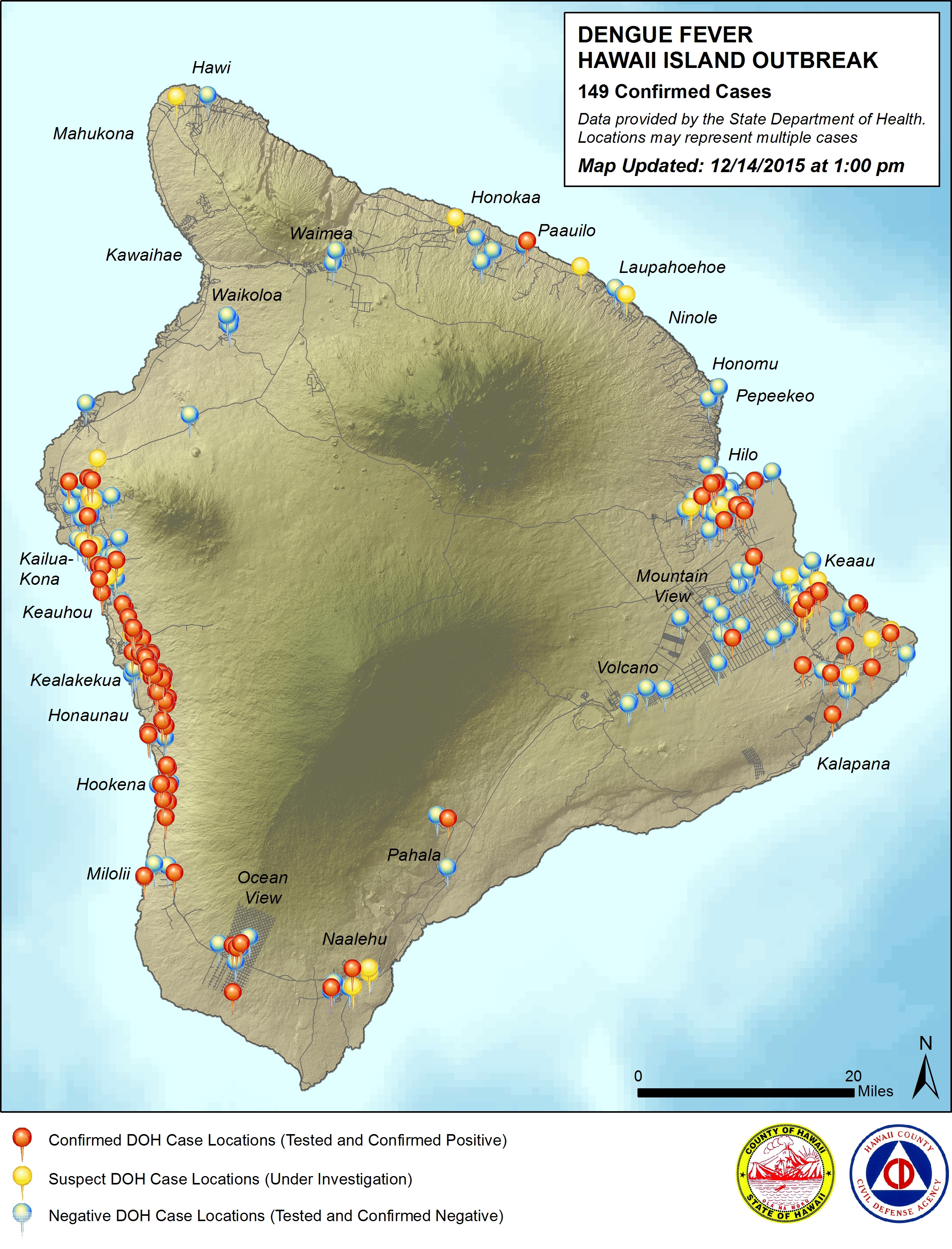