HILO: Police are investigating gunshots fired in the upper Kauamana area of Hilo that occurred early this morning, and say the suspects managed to escape responding police on Puainako Avenue extension. 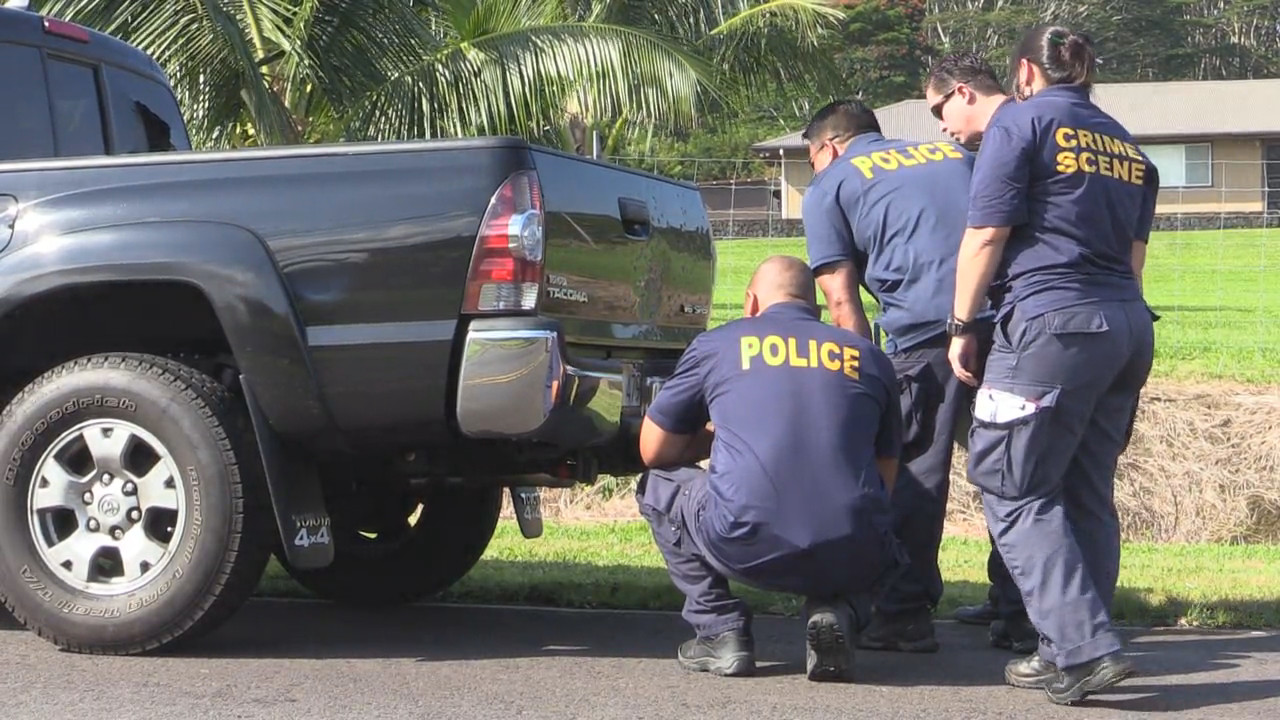 Police examine the damage to the rear of the Toyota Tacoma pickup truck, image from video courtesy Daryl Lee

HILO, Hawaii – Police are investigating gunshots fired early this morning in the upper Kauamana area of Hilo, which damaged a truck and hit a home, and say the suspects managed to escape responding police on the Puainako Avenue extension. 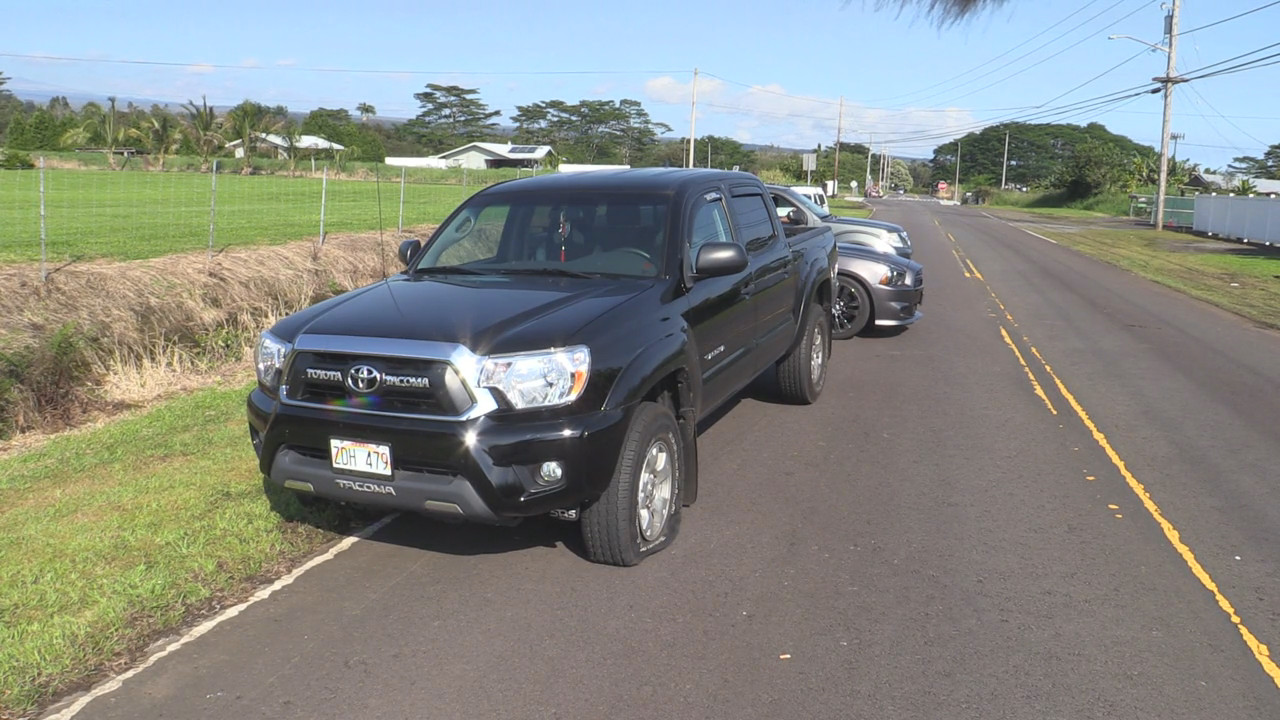 Here is the media release that was issued at 3:42 p.m.

Responding officers observed a white four-door sedan traveling east on the Puainako Avenue extension and attempted to stop it. The sedan failed to stop and South Hilo patrol officers began to pursue it. The car was last seen traveling at a high rate of speed southbound on Route 11. As a result of the hazardous conditions, officers terminated the pursuit. Police have initiated a resisting an order to stop case as a result.

Police conducted neighborhood checks at the homes along upper Kaumana Drive and discovered that a house in the Gentry Homes subdivision had been struck by what appears to be an errant bullet. Although several occupants were in the house, no one was injured. That incident is being classified as a first-degree reckless endangering case. Detectives from the Area I Criminal Investigations Section and evidence specialists responded to the house and recovered a bullet.

An all-points bulletin has been issued for a white 1995 Toyota Avalon sedan with license plate HWM 818. The car and its occupants are being sought for questioning in connection with this series of investigations. Police caution the public not to approach the vehicle but, instead, to call police to report its location.

Police received a number of calls reporting gunfire or what may have been thought to be fireworks in the upper Kaumana Drive area and are seeking any witnesses to these events.

Tipsters who prefer to remain anonymous may call the island wide Crime Stoppers number at 961-8300 and may be eligible for a reward of up to $1,000.00. Crime Stoppers is a volunteer program run by ordinary citizens who want to keep their community safe. Crime Stoppers does not record calls or subscribed to any Caller ID service. All Crime Stoppers information is kept confidential. 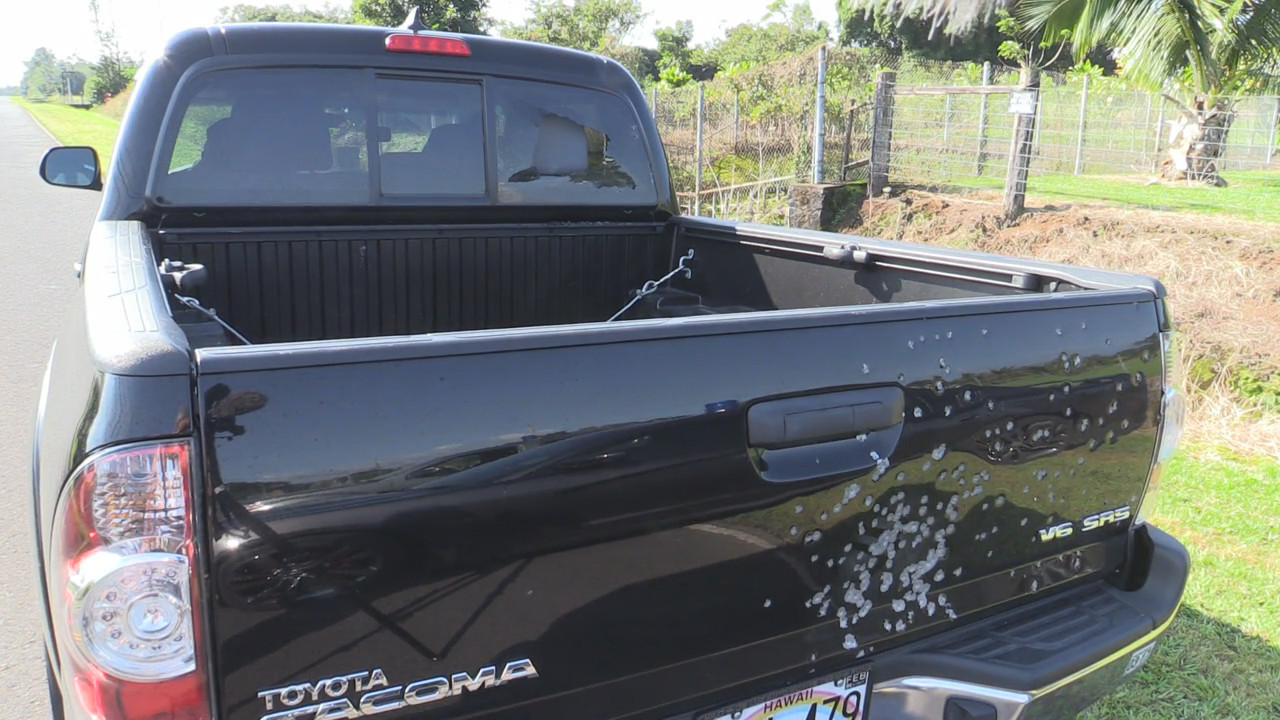