PUNA, Hawaii - The spectacular November 25 breakout on Puʻu ʻŌʻō continues to feed lava to the northern boundary of the flow field via a new lava tube, scientists report. 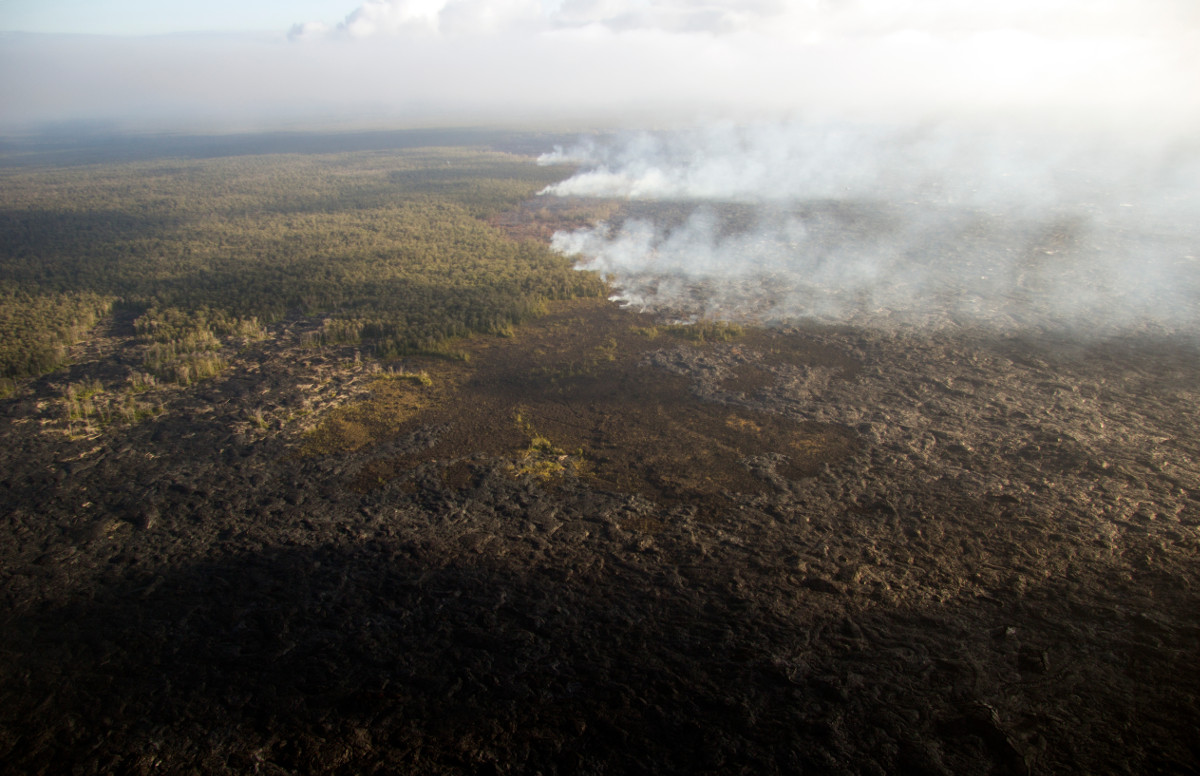 (USGS) Breakouts are active along the northern boundary of the flow field, and are burning several small patches of forest – creating the smoke plumes visible near the center of the photograph

HAWAII ISLAND – The spectacular November 25 breakout on Puʻu ʻŌʻō continues to feed lava to the northern boundary of the flow field via a new lava tube, scientists report. The USGS Hawaiian Volcano Observatory reports the new flow lobe reached the forest north of Puʻu ʻŌʻō in mid-December, and has since been traveling northeast along the northern edge of the existing flow field. 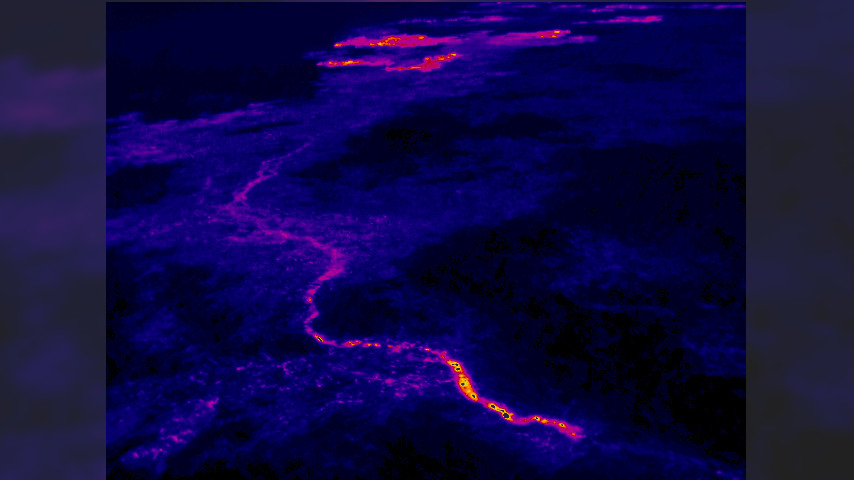 (USGS) The trace of the new lava tube is easily visible in the thermal images. This view looks northeast, and the breakouts along the forest boundary are visible near the top edge of the photograph.

About 40 percent of the lava erupting from the Puʻu ʻŌʻō vent is feeding the November 25 lava lobe. “But for now, there’s no reason for Puna communities to worry,” USGS HVO scientists wrote in this week’s Volcano Watch article. “The breakout still has a few kilometers (about a mile) to go before it surpasses the most distal breakouts on the flow field. Assuming the flow lobe remains active, it will likely take weeks before lava reaches beyond other currently active breakouts.”

HVO scientists expect that this advancing lobe will “eventually merge with and acquire the same stop-and-go behavior as other flows in the area, but are closely monitoring it.”

“We will continue to report the lobe’s progress and all other Kīlauea activity through daily eruption updates posted on the HVO website,” scientists wrote. 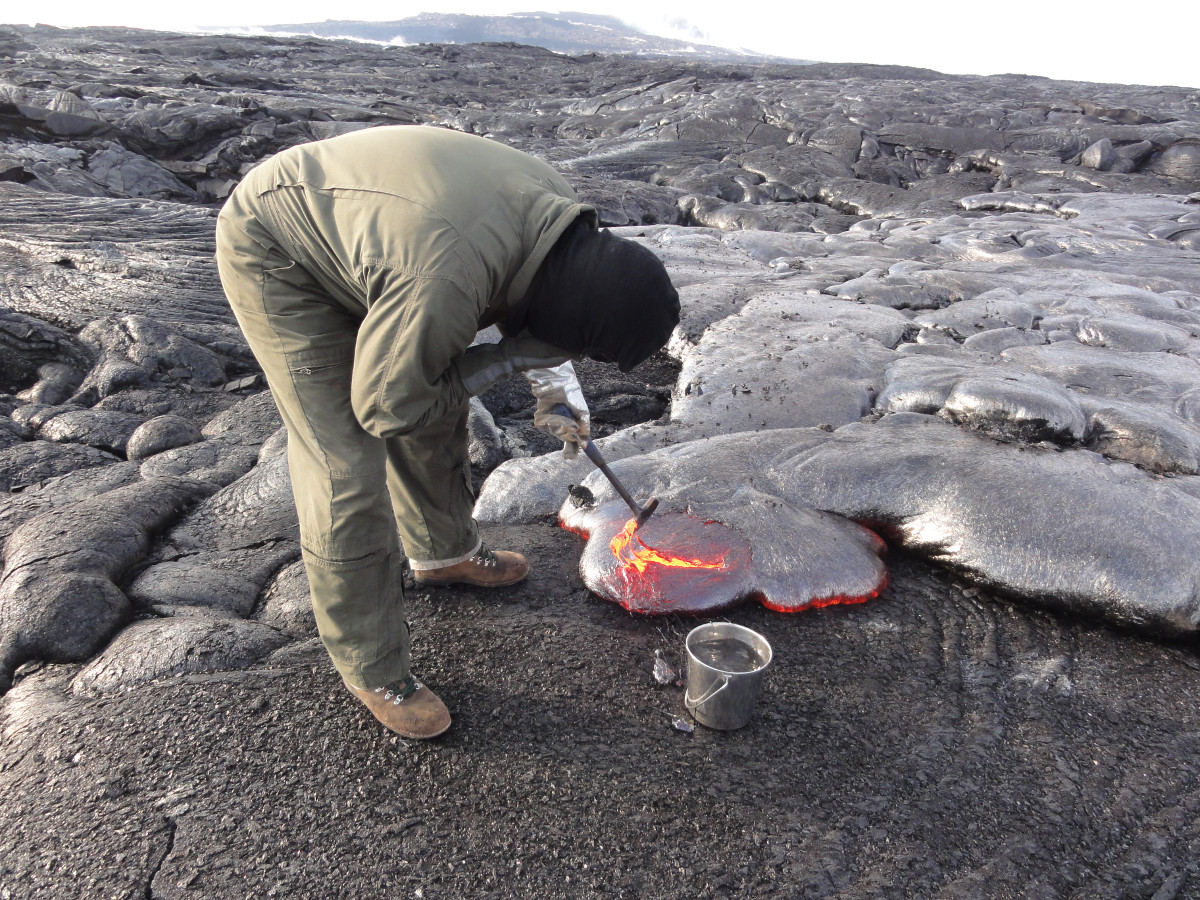 (USGS) An HVO geologist collects a molten lava sample for chemical analysis, scooping up a bit with the rock hammer to then drop in the water bucket to quench it. Puʻu ʻŌʻō is visible in the distance.