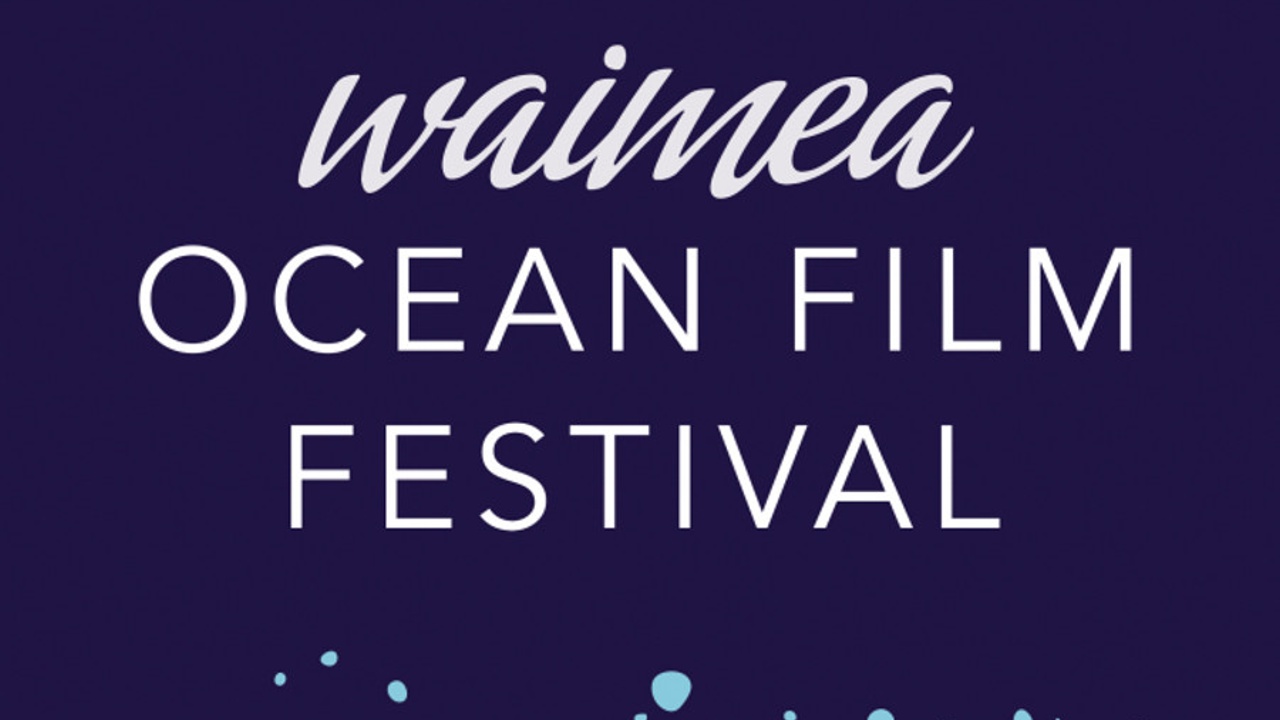 The 2016 Waimea Ocean Film Festival is now underway. Over 50 films will be brought to big screens in Waimea and the Kohala Coast resorts for the next eight days.

(BIVN) – The 2016 Waimea Ocean Film Festival is now underway. Over 50 films will be brought to big screens in Waimea and the Kohala Coast resorts for the next eight days. For many films, this will be their world, U.S., Hawai‘i or Big Island premieres. Filmmakers will be in attendance to answer questions following the showing of each film. 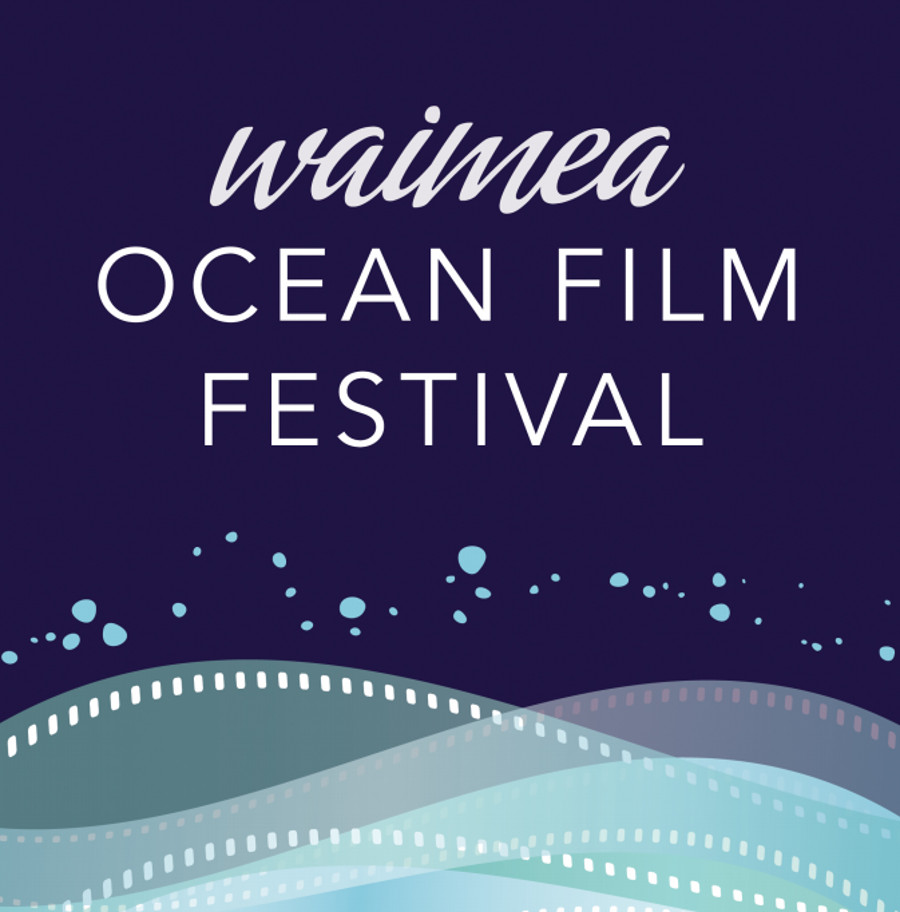 The format of this dynamic festival immerses participants in a greater understanding and awareness of the ocean and island culture through exceptional films, talks, exhibits and activities. Films fall into the basic categories of ocean experience (such as surfing and paddling); ocean environment—including things we do on land that impact the sea, and island culture. Inspirational, thought-provoking films and those that shed light on who we are infuse the program, sharing the extraordinary.

Producer Phil Arnone returns with the KGMB production, Hokule`a: Proud Journey Home, filmed at the time of the 1985 voyage when Hokule‘a sailed throughout the Pacific, as far as New Zealand. This year, Hokule‘a left the Pacific Ocean for the first time, in a momentous sail from New Zealand, to Australia, Bali, Mauritius and finally Cape Town, South Africa. Voyagers will discuss the 2015 Worldwide Voyage (WWV), following the showing of this film, and throughout the festival.

The Voyager Exhibit, including the 8×13-foot world map developed as part of the festival to highlight the WWV route, opens at Kahilu Theatre with a blessing and ceremony 4 p.m. January 1. ‘Imiloa Astronomy Center also joins the festival, with a presentation on wayfinding, using an interactive star compass guide and a full-dome star show on January 8 at Four Seasons Resort Hualalai.

For the surf line-up, Deeper features jaw dropping footage of big wave surfers Andrew Cotton, Garrett McNamara and Kealiʻi Mamala as they charge into the enormous swells pounding the European coastline in winter—from Nazaré in Portugal to Mullaghmore, Ireland. Haleiwa-raised Garrett McNamara, who holds the world record for the largest wave surfed, at 78 feet, joins the festival this year to answers questions following his film, Nazaré Calling.

Ocean Driven chronicles the life of South African big-wave surf champion Chris Bertish as he rises determinedly to the forefront of big wave surfing, becoming a pioneer of paddling into larger waves. A corporate keynote speaker inspiring others to tackle the impossible, Chris Bertish joins the festival this year to answer questions following the film and sign copies of his book, Stoked. The Fisherman’s Son shares the life of Ramon Navarro, winner of the Monster Drop award at The Eddie, with his own true Eddie Aikau story. Nine-time world bodyboard champion, waterman and Waimea resident Mike Stewart joins the festival this year to speak after the showing of Come Hell or High Water, in which he is featured.

A Sakada Story tells the tale of Filipino plantation worker Cipriano Erice, who immigrated to Hawai‘i in 1946 to work for Waialua Sugar Plantation, with O‘ahu-based filmmaker and former Miss Hawai‘i Filipina Maribel Apuye in attendance to answer questions. Canefield Songs: Holehole Bushi, hosted by Jake Shimabukuro, tells the story of the Japanese immigrants who sang as they worked on Hawai‘i’s sugar plantations, creating a Japanese-American equivalent of “the blues.”

The Birth of Saké shares the story of what it takes to make world-class saké in the traditional way at Yoshida Brewery, a 144-year-old family-owned small brewery in northern Japan, with filmmaker Erik Shirai in attendance. The Roots of ‘Ulu explores the importance of the breadfruit tree to Hawaiian culture, and its potential role as a food source, with John Antonelli, Matt Yamashita and Jerry Konanuit to answer questions.

Inspired by Jacques Cousteau, Dr. Stone began his work in the ocean deep-sea treasure hunting alongside Bermuda legend Teddy Tucker. He has since written some of the world’s most important texts on marine biology, helped establish the Phoenix Islands Protected Area, and been named a hero by “National Geographic” for his work. Dr. Stone also answers questions following Teddy Tucker: Adventure is My Life and Paradise Found: Phoenix Islands.

London filmmaker Tom Mustill brings a stunning BBC production that follows Mexican biologist Dr. Rodrigo Medellin, aka “The Bat Man of Mexico,” as he tracks endangered “Tequila” bats on their 1,000-mile migration to the U.S. border, along with How To Win the Grand National, produced by Oxford Scientific Films.

Tad Fettig, producer of an on-going PBS series E2, which shares solutions to energy issues, speaks following episodes on London-Price of Traffic, Paris-Vélo Liberté, Architecture 2030, Affordable Green Housing, Portland – Sense of Place and Harvesting the Wind. Along these lines, Containment asks the question as to whether we can contain some of the deadliest, longest-lasting substances known to man for 10,000 years, let alone for 240,000 years, when they will no longer be radioactive?

The Diplomat tells the remarkable story of the life and legacy of Ambassador Richard Holbrooke whose crowning achievement, the Dayton Peace Accords, brought an end to the war in Serbia and peace to Bosnia. Told through the perspective of his eldest son, David, who joins the festival to answer questions, The Diplomat takes a riveting look behind-the-scenes at international diplomacy, as it follows Holbrooke’s career from Vietnam to Afghanistan.

When Voices Meet is about South African musician Sharon Katz and educator Nonhlanhla Wanda, who risked everything to form a 500-voice multiracial student choir on Nelson Mandela’s release from prison, intent on helping lead the way for a peaceful transition to democracy. Sharon Katz and producer Marilyn Cohen join the festival, with guitar in hand, ready to share songs from the choir.

Dr. M. Sanjayan, an Emmy nominated news contributor and executive vice president for Conservation International, returns to the festival to share stories from his dialogue with E.O. Wilson, considered one of America’s greatest living thinkers, around the showing of Of Ants and Men. Sanjayan also shares a clip from his coverage for PBS of Big Blue Live, the first live television show featuring ocean wildlife.

Set in the waters of Alaska, Hawaiʻi and Tonga, the MacGillivray Freeman Films’ Humpback Whales provides an up-close look at how and why these whales communicate, sing, feed, breach, play, take care of their young and migrate nearly 10,000 miles each year.

Audubon: John James Audubon and the Birds of America tells the story of this man and the birds that captivated him, and his work. Medicine of the Wolf shares the insight of “National Geographic” photographer Jim Brandenburg, from his study and work with wolves over the past 45 years.

Dr. Drew Harvell, Ph.D., Cornell University professor and curator of the Blaschka Marine Invertebrates collection, brings A Fragile Legacy, which visualizes the story of the 1885 Cornell University purchase of over 500 Blaschka Glass models of marine invertabrates for use in teaching marine biology. These exquisitely crafted models enabled study of delicate creatures that could not otherwise be documented or preserved. Forgotten, the collection is receiving new attention as we try to understand the changes occuring in the ocean.

Unbranded is the spectacular story of Texas cowboy Ben Masters, who recruits three friends and develops a plan to adopt, train and ride a string of wild mustangs 3,000 miles from Mexico to Canada, through the heart of the American West.

Big Island-raised Alison Teal brings another episode from her Alison’s Adventures series. Returning to the island where her Naked and Afraid episode was filmed, Alison finds it covered with plastic trash. Realizing the trash must have washed ashore with the currents, and that it had been cleared prior to filming, Alison embarks on a quest to understand how to reduce the use of plastic overall, and repurpose what we do have into useful material. On the shortlist for an Oscar nomination, Meru provides an edge-of-your-seat account of a first ascent of the 21,000-foot Shark’s Fin on Mount Meru in the Himalayas.

Tiffany’s Art Agency, founded by Tiffany DeEtte Shafto, offers an exhibit based around the book “Aloha Expressionism by Contemporary Hawaii Artists.” The display features the artwork of Kristie Kosmides, Timothy Allan Shafto, Marlene Louchheim, Kate & Will Jacobson and new works by Kathy Long at the Mauna Kea Beach Hotel in the Lloyd Sexton Gallery January 1-4 and at Four Seasons Resort, near the Ballroom where the festival takes place, January 5-8. Please contact the festival for details, info@waimeaoceanfilm.org.

Book signing events for Aloha Expressionism, with these and other Hawai‘i Island artists represented in the book on hand, is 4 p.m. January 1 at the Mauna Kea Beach Hotel and 4 p.m. January 7 at Four Seasons Resort.

Print-maker Caren Loebel-Fried shares an exhibit of 20 x 26 framed pieces and a demonstration on printmaking at The Fairmont Orchid January 1-4 and at Four Seasons Resort January 5-8. Loebel-Fried has published six books to date retelling Hawaiian legends with words and art.

Puako-based painter Christian Enns displays his work at the new Enns Gallery in the lobby at the Mauna Kea Beach Hotel and offers the chance to observe him in action to gain a sense of his process, 8 a.m.- 10:30 a.m. January 2-4 at the Mauna Kea Beach Hotel. Enns will is donating the painting he created during last year’s festival, which depicts the vantage point of the 18th hole at Four Seasons Resort Hualalai. It will go to the highest bidder at the Waimea Ocean Film Festival Silent auction during the Four Seasons component of the event.