Kona Brewing Company has selected its hometown of Kailua-Kona to build a new 100,000 barrel brewery. 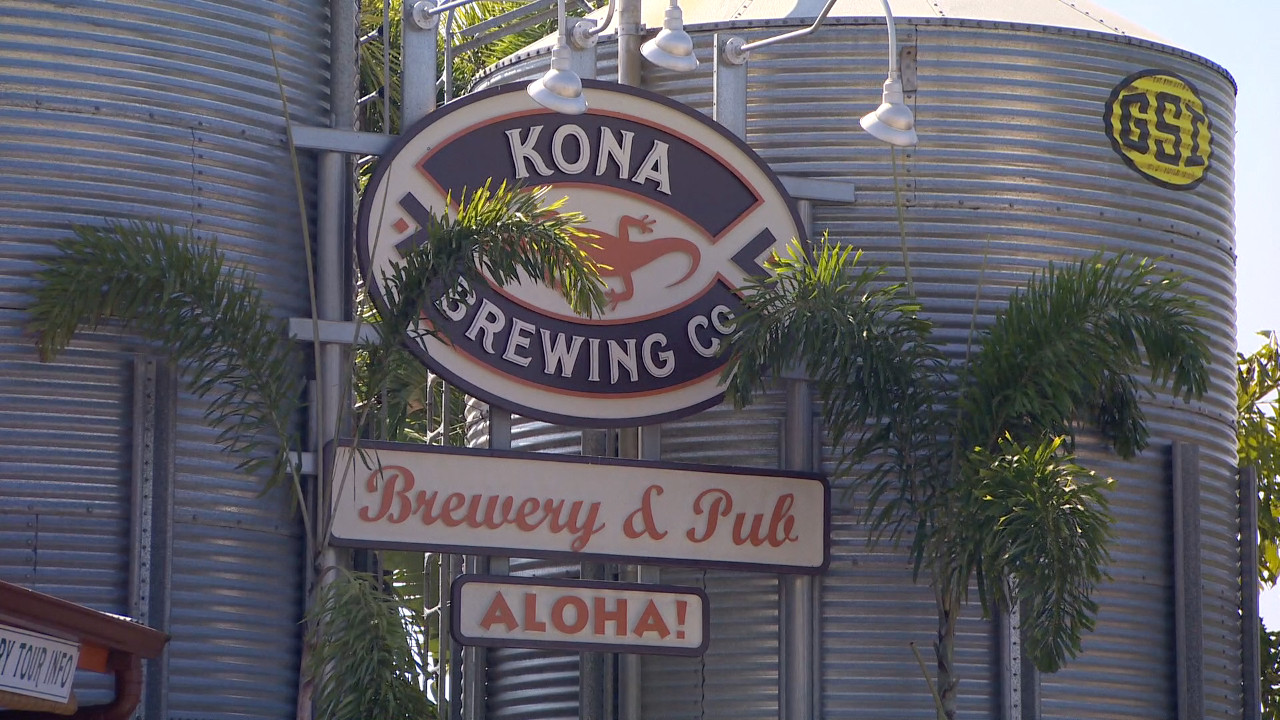 KAILUA-KONA, Hawaii – Kona Brewing Company has selected its hometown of Kailua-Kona to invest $20 million in a new 100,000 barrel brewery.

The planned “high-efficiency” brewery, which plans to incorporate new innovations in renewable energy and water conservation into the design, will be located on Queen Lili’uokalani Trust lands just down the street from the company’s landmark Kona Brewery & Pub.

The craft brewery made the announcemnt today. 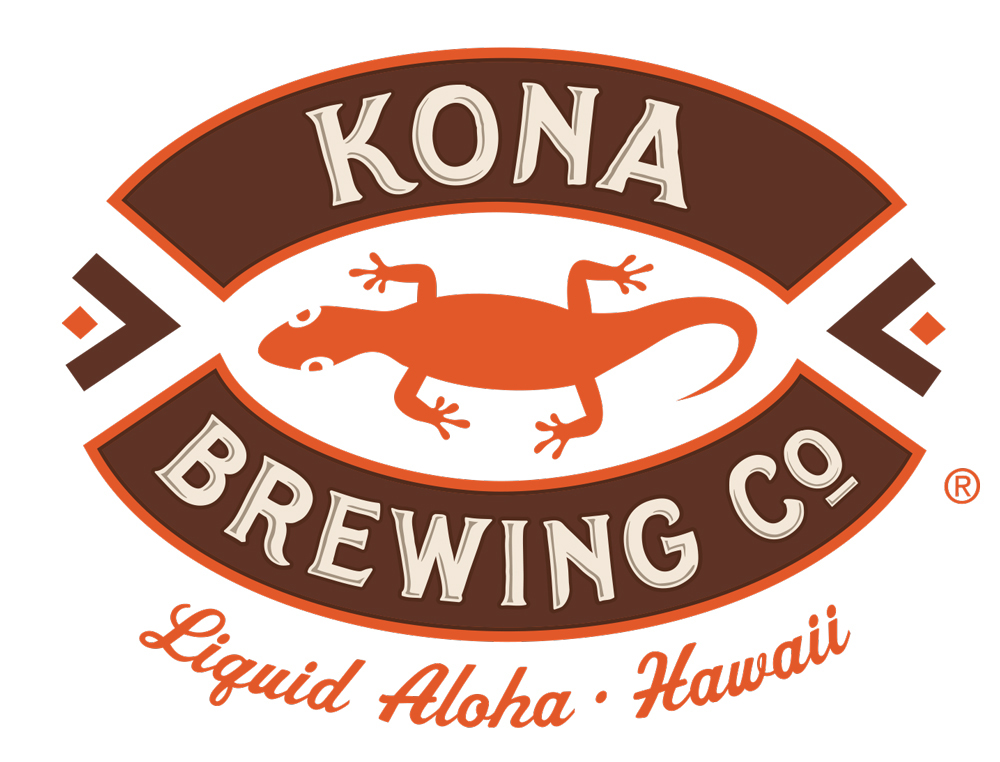 After a year-long search that included evaluating multiple sites across the Islands, Kona Brewing Co. today announced that it has signed a lease with the Queen Lili‘uokalani Trust, a private charitable trust founded in 1909 to serve native Hawaiian children, for a 2.6-acre site in Kailua-Kona. The location, which is just down the street from the original Kona Brewery & Pub, will be the future home of Kona’s new 30,000-square-foot brewery and canning operation.

The Hawaiian craft brewery is investing more than $20 million, which reflects an increase of $5 million from its original plan, to incorporate new innovations in renewable energy and water conservation into the brewery design. The new high-efficiency brewery will boost capacity to 100,000 barrels per year, enabling Kona to meet increasing local demand for its distinctive island-inspired brews, while supporting the company’s long-running commitment to environmental stewardship and sustainability. Construction and the use of local suppliers and vendors will support the local economy, and once the new brewery is operational, the company will expand its Kona Brewing pub to create additional job opportunities. As a result of the extended search and increased sustainability investments, Kona anticipates breaking ground on the new brewery this spring and being fully operational by early 2018.

“When we first decided on Kailua-Kona for our original Kona Brewery 22 years ago, we did it as a result of our respect for the rich culture and spirit of the community,” said Cameron Healy, who co-founded Kona Brewing Co. with his son Spoon Khalsa in 1994. “It’s amazing to see how far Kona Brewing Co. has come in just over two decades. Having the opportunity to build the new Kona Brewery in the same neighborhood where we started is a privilege. Kona and the Big Island of Hawaii are special, and we are grateful to the community for all of their support over these many years.”

Kona Brewing is partnering with PurposeEnergy, a water treatment and renewable energy company to design and build an on-site Resource Recovery Center. PurposeEnergy’s patented technology will recycle the organic brewing byproducts, extracting the energy potential and reusing it to produce electricity, heat and clean water for the brewery. The heart of the new brewery will be a high-efficiency craft brewing system manufactured by IDD Process & Packaging, an industry leading supplier of brewing systems and equipment, that will conserve grain and water use. These innovations in resource recovery and efficiency, in combination with a new solar photovoltaic system, will enable Kona Brewing to generate nearly 50% of its energy needs and reduce its water usage to less than half what typical craft breweries use.

“We’re so excited to begin brewing with this new system, which will help us better utilize our hops and increase our yield by brewing more efficiently and sustainably. For our Hawaii customers, that means having more of the Kona beer they love on tap and more unique small-batch beers like our Makana Series,” noted Sandi Shriver, head of brewing operations for Kona Brewing. “We’ve been waiting a long time for technology to catch up with our vision, and now that it’s here we’re excited to bring those ideas to life.”

In addition to increasing its draft production, the new brewery’s canning operation will enable Kona to expand its package offerings in the Islands. Currently, Kona Longboard Island Lager and Big Wave Golden Ale are the only Kona Brewing beers sold in cans, and the new canning operation will enable Kona to make more of its innovative and seasonal beers available in this increasingly popular packaging option.

With the site selection complete and construction on the new brewery set to begin, Mattson Davis, who previously served as President of Kona Brewing Co. and Director of Restaurant & Retail Operations, will transition into a new role as strategic advisor and member of the Kona Advisory Board. Davis played a key role in building the Kona brand across Hawaii and around the world during his tenure at the company. “I couldn’t be more pleased with the selection of Kailua-Kona for the new brewery,” said Davis. “From the beginning, we knew that Kona Brewing Co. was something incredibly special, and it’s exciting to see how much it’s grown and given back to the community here. I look forward to continue supporting Kona’s growth as I build on my nearly 20 years’ experience with the company to pursue a new consulting endeavor.”

Kona Brewing Company was started in Kailua-Kona on Hawaii’s Big Island in the spring of 1994 by father and son team Cameron Healy and Spoon Khalsa, who had a dream to create fresh, local island brews made with spirit, passion and quality. Today, Kona is Hawaii’s largest and favorite craft brewery, known for top-selling flagship beers Longboard Island Lager and Big Wave Golden Ale and award-winning innovative small-batch beers available across the Islands. The Hawaii born and Hawaii-based craft brewery prides itself on brewing the freshest beer of exceptional quality, closest to market. This helps to minimize its carbon footprint by reducing shipping of raw materials, finished beer and packaging materials.

Kona Brewing has become one of the top craft beer brands in the world, while remaining steadfastly committed to its home market through a strong focus on innovation, sustainability and community outreach. In 2014, the company achieved a milestone in its home state, selling more than 1 million cases in the Islands for the first time in its history. 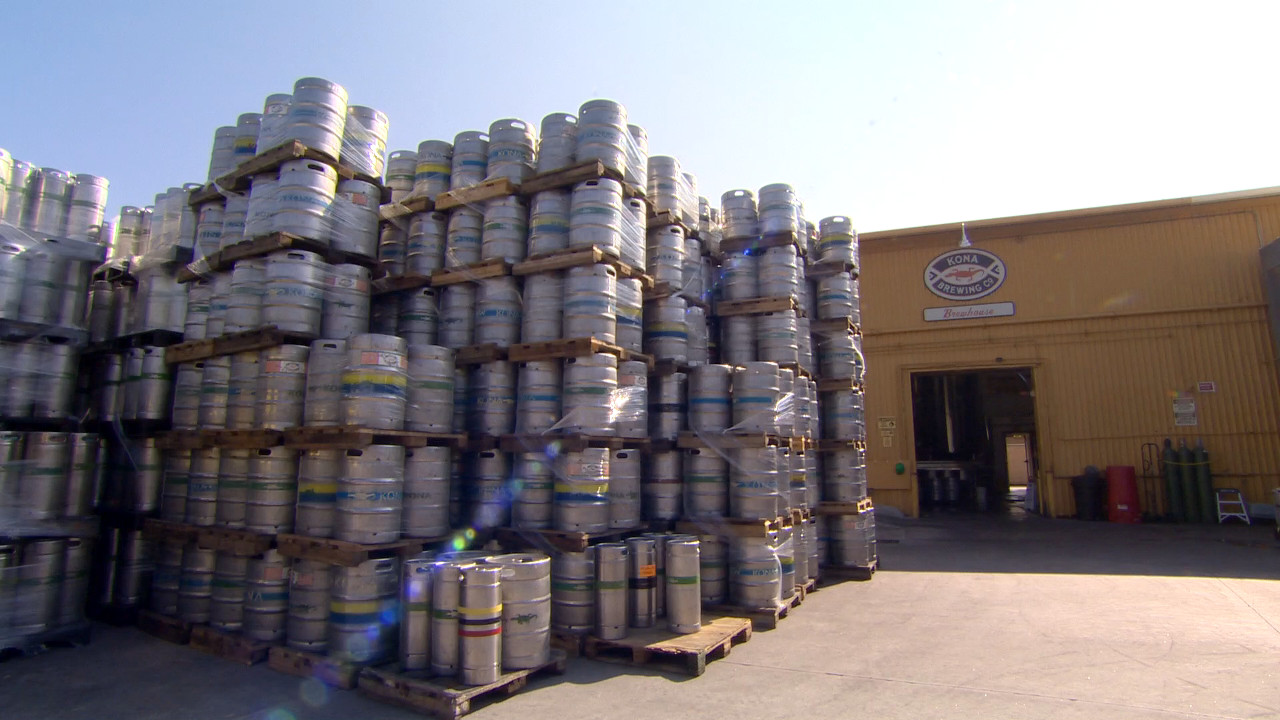 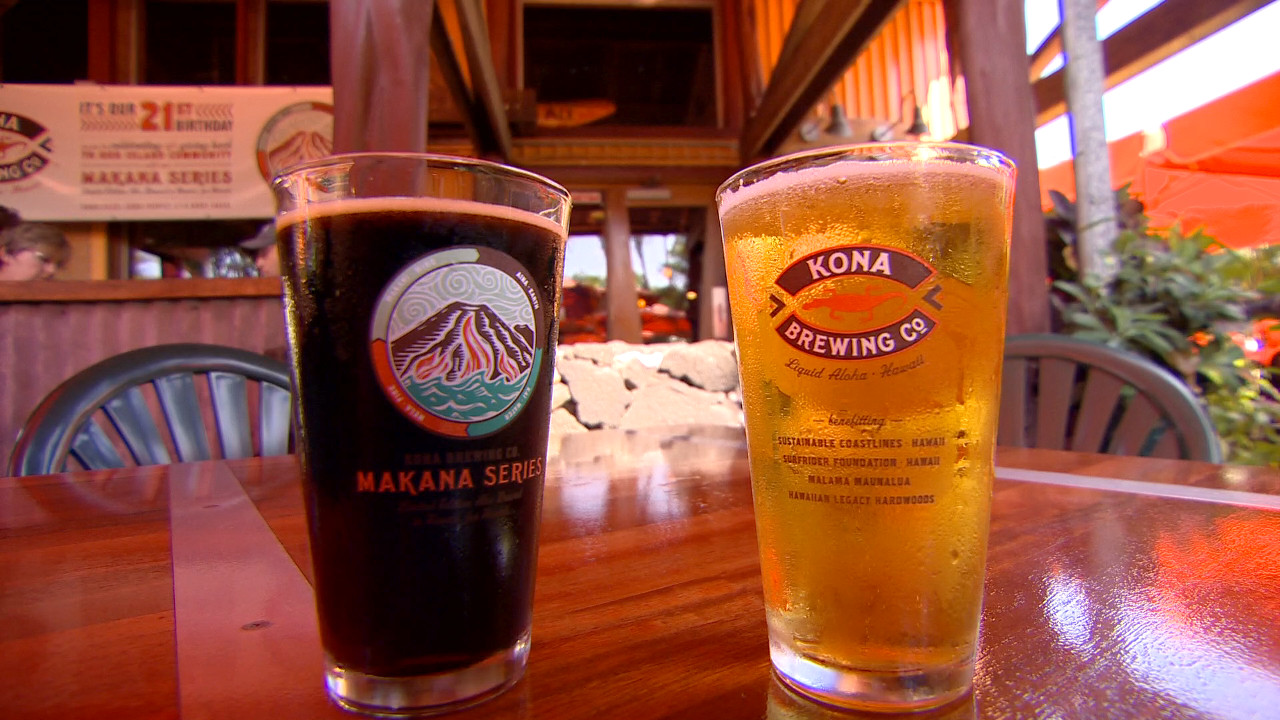 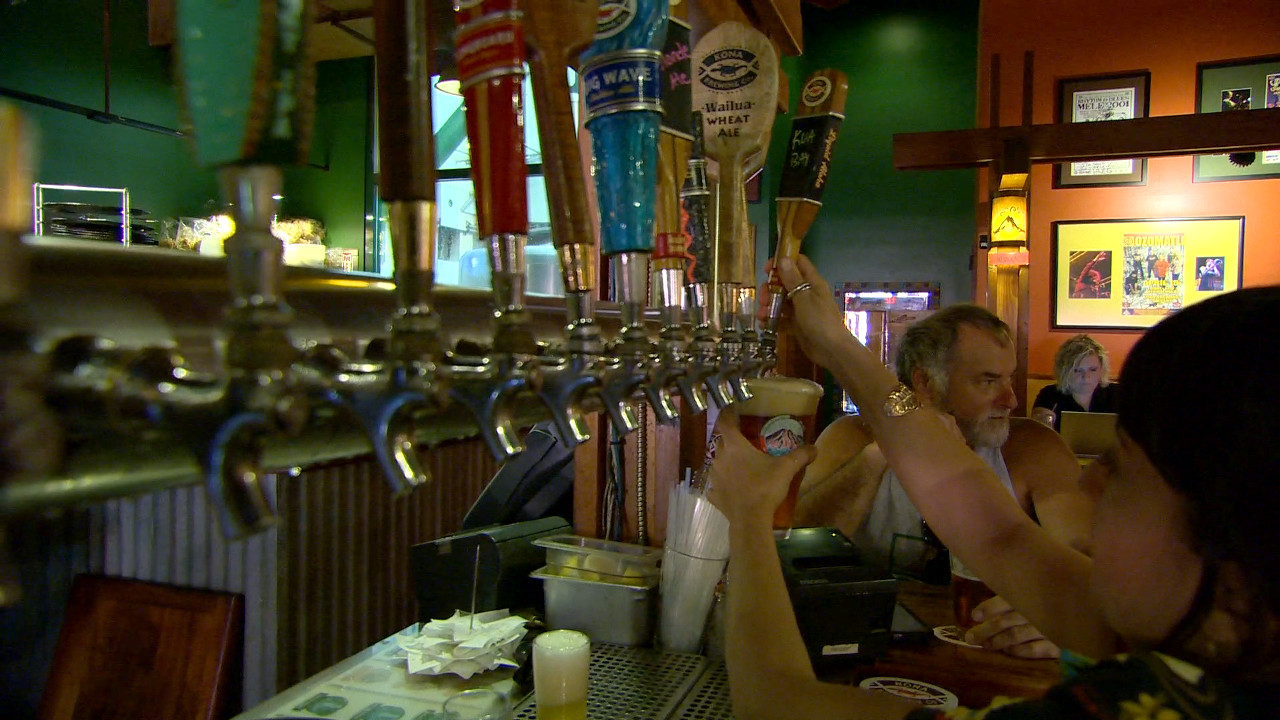