As if Steve Cullen's starscapes taken on Mauna Kea weren't impressive enough, the photographer recently captured what appeared to be some sort of fiery space debris, burning as it hurtled through Earth's atmosphere. 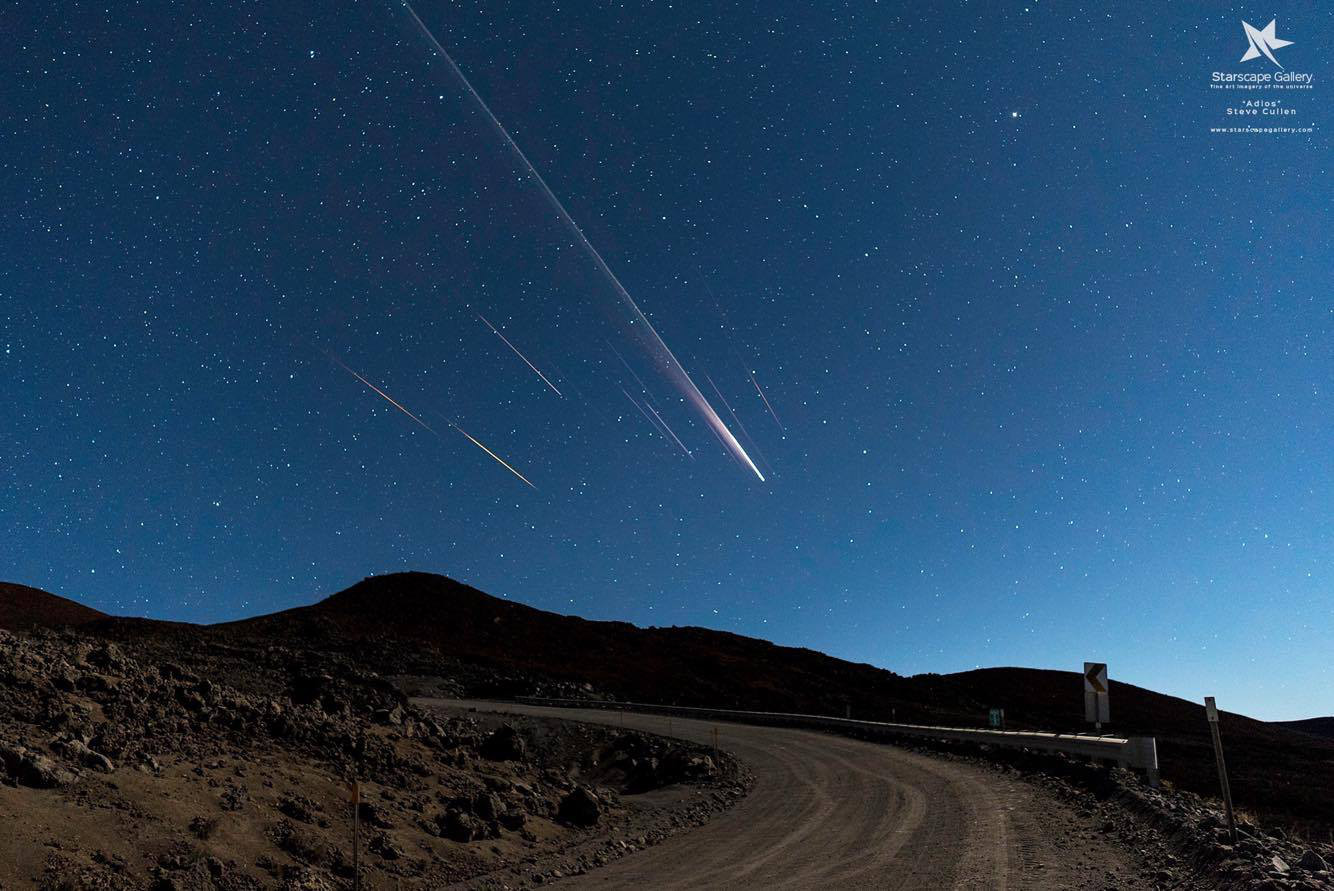 The spectacular “re-entry” courtesy Steve Cullen, owner and photographer at Starscape Gallery. Here the re-entry is heading away from the Cullen’s lens in the direction of the east.

MAUNA KEA, Hawaii – As if Steve Cullen’s starscapes taken on Mauna Kea weren’t impressive enough, the photographer recently captured what appeared to be some sort of fiery space debris, burning as it hurtled through Earth’s atmosphere.

“After a night on the Maunakea summit taking nightscapes and astrophotos,” Cullen shared on the Mauna Kea Photo Guild Facebook group, “I started the long trek back down the mountain headed for home. For some reason, at 11,100 feet, I got the urge to stop the car right on the narrow mountain road to take some nightscapes of the volcano, Mauna Loa, and the clouds blanketing the saddle.”

“After ten or fifteen minutes I noticed a bright orange object heading directly towards me from the west. At first I thought it was a satellite but at 2 a.m. it would be highly unlikely. Luckily, I was just finishing up a panorama and my camera was already facing towards the streaking lights. It picked up the flaming debris just as it began to disintegrate in Earth’s atmosphere over the Pacific Ocean.”

Cullen managed to snap several images of the event. 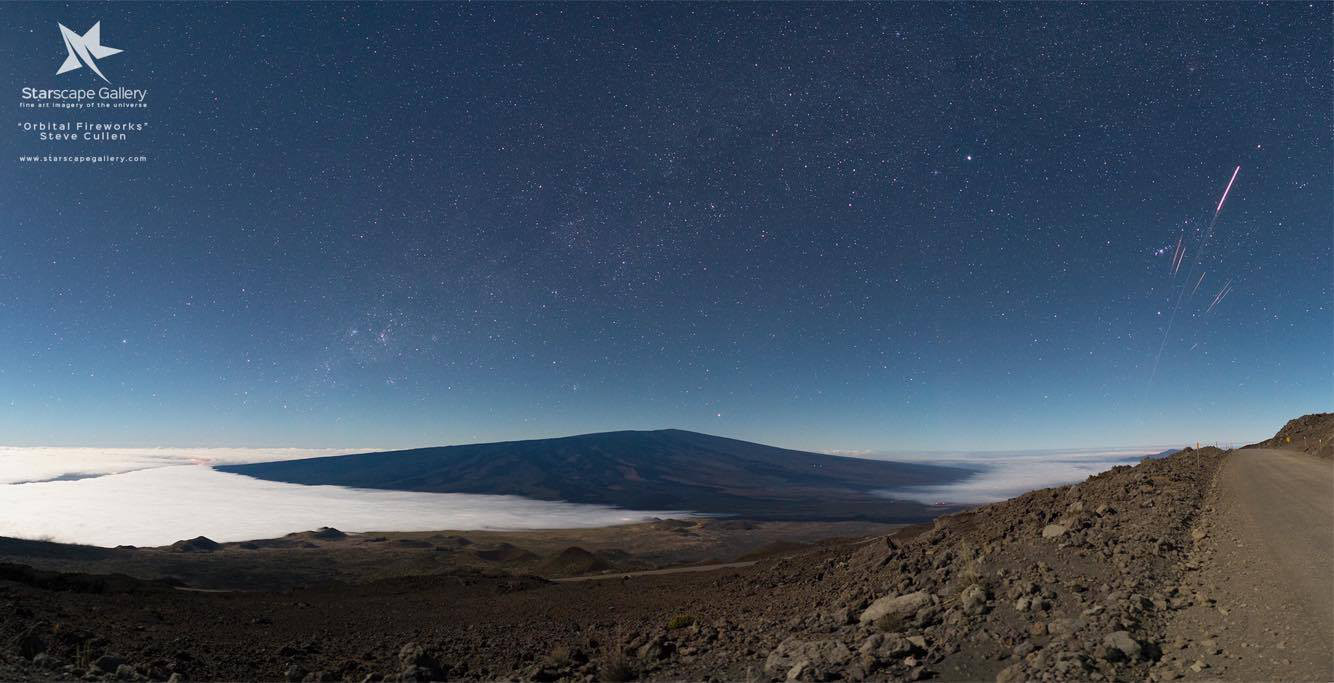 UPDATE: A number of readers have pointed out that the falling debris is likely to be a “CZ-3B rocket body”, launched from China’s Xichang Space Center on September 12, 2015 in support of the TJS-1 Satellite mission, according to aerospace.org. The re-entry was predicted by the website. 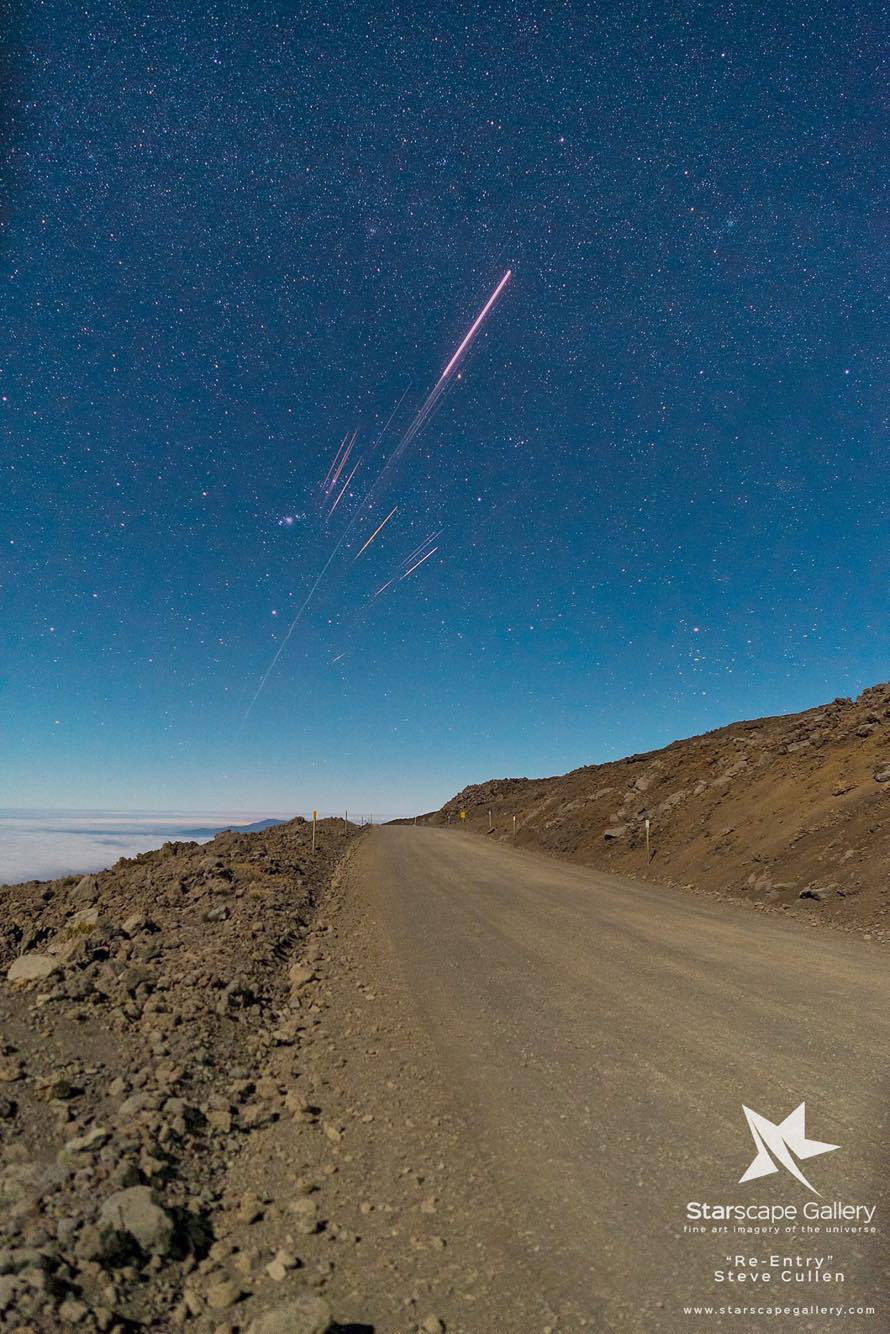