HILO: Police shot and killed a "sought-after fugitive" in the parking lot of the Hilo Walmart on Tuesday night. 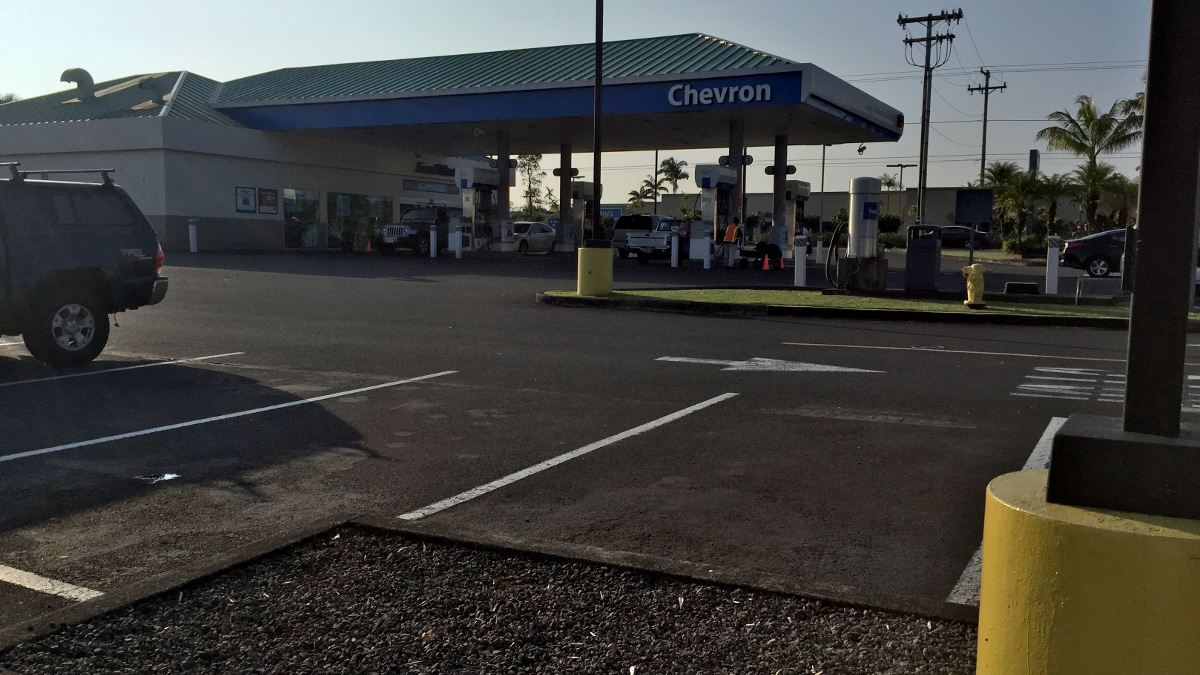 Near the scene of the parking lot shoot-out between police and a sought-after fugitive, taken the morning of Feb 10.

HILO, Hawaii – Police shot and killed a “sought-after fugitive” in the parking lot of the Hilo Walmart on Tuesday night.

Police have not released the name of the man killed in the reported shoot out, only saying he was known to be armed and dangerous. News reports, however, say it was 29 year-old Scottie Yanagawa, who was wanted for questioning in connection with a shooting in the Honoliʻi area on January 31, as well as for escaping from the Hale Nani correctional facility on November 19.

It is the second fatal police-involved shooting in Hilo in less than a week. On Feb. 5 police shot and killed 38-year-old Ronald Barawis of Kailua-Kona in the drivethrough of the Puainako Center McDonald’s.

Here is the police release on last night’s incident:

Hawaiʻi Island police are investigating an officer involved shooting that occurred at about 10:40 p.m. Tuesday night (February 9) at a shopping center located off Kanoelehua Avenue in Hilo.

At approximately 10:40 p.m. Tuesday, police initiated a traffic stop of a Toyota mini-van known to be operated by a sought-after fugitive who was known to be armed and dangerous. The occupants of the vehicle, a female driver and male front-seat passenger, were commanded to exit the vehicle. The male passenger, while exiting the passenger side of the vehicle was armed with a handgun and discharged a round. Officers discharged their firearms, fatally injuring the passenger.

The female driver of the vehicle, identified as 30-year-old Kaiini Febo Santiago of Pāhoa, was uninjured and arrested at the scene on suspicion of hindering prosecution for having aiding a wanted fugitive. She is being held at the Hilo police cellblock pending further investigation.

The identity of the suspect is being withheld at this time pending positive identification and notification of next of kin.

The officers who fired their weapons have 14, 12, 7 and 6 years of experience with law enforcement.

As is standard practice in any police involved shooting, the Police Department’s Area I Criminal Investigations Section will conduct a criminal investigation into the shooting and the Office of Professional Standards will conduct an administrative investigation.

Police ask anyone who witnessed the incident to contact Detective Joel Field at 961-2361.