HELCO says it intends to terminate the power purchase agreement with the Pepeekeo project effective March 1, 2016. 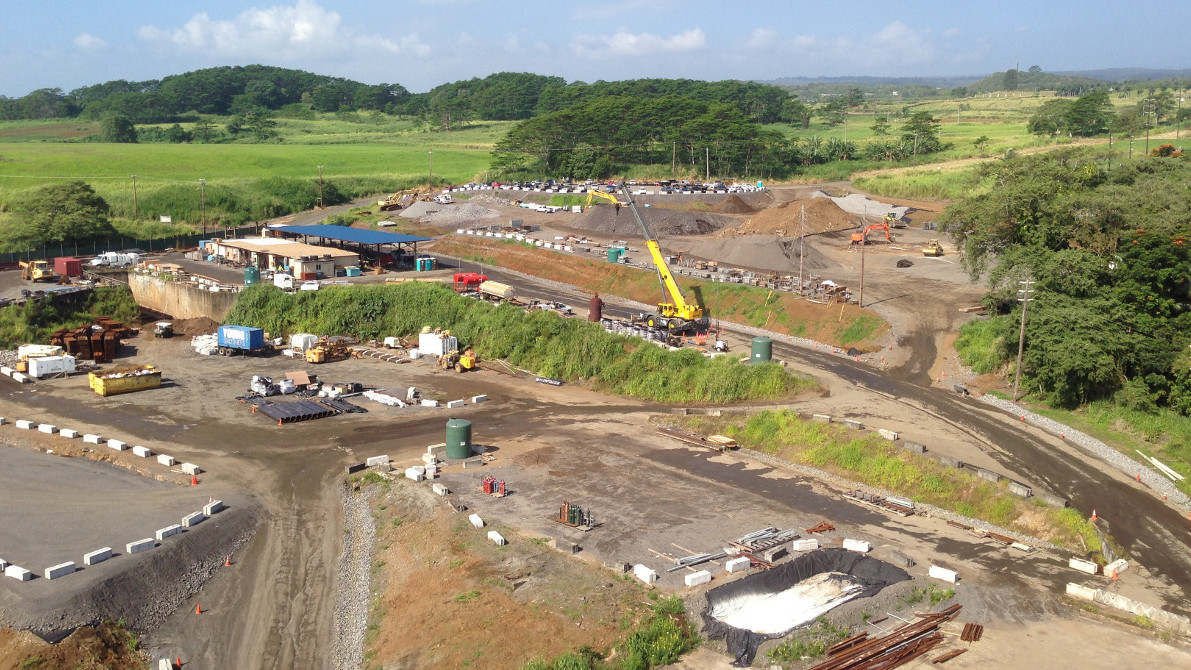 PEPE’EKEO, Hawaii – The Big Island’s power utility wants out of its agreement with a troubled bioenergy production facility planned for Pepe’ekeo.

Hu Honua Bioenergy LLC has for years been trying to refurbish the old sugar mill power plant at Pepe’ekeo, transforming it into a producer of biomass-source electricity. Once operational, the plant would generate 30-megawatts (MW), with the ability to power about 14,000 homes with renewable energy. Hu Honua had many of the required permits and an all-important Power Purchase Agreement – or PPA – with the island’s sole utility, the Hawaii Electric Light Company (HELCO). However, litigation has mired the project in delays.

Following a Public Utility Commission request for a report on the situation, HELCO filed a new document on Tuesday explaining how Hu Honua missed two “Guaranteed Milestones” stipulated in the PPA signed in 2012. HELCO says Hu Honua failed to pass a boiler hydro test in July 2015, and failed to meet a Commercial Operation Date Deadline of January 22, 2016. HELCO says the failure constitutes “a material breach and default” under the agreement.

HELCO says it does not appear as if Hu Honua will achieve commercial operations in the near future.

The utility reported a Termination Notice was issued to Hu Honua on January 15, 2016. However, HELCO granted the bioenergy company a thirty day extension when it claimed it could offer “a significant reduction” in pricing.

From the Feb. 16 document, in which Hu Honua is named Seller and HELCO is Company:

On February 12, 2016, Seller provided a letter from its potential financing party (an individual) stating that the individual was willing to “commit” the $125,000,000 necessary to complete construction of the project provided that the PPA is amended to: (1) extend the “Pass boiler hydro test” milestone from July 22, 2015 to April 30, 2017 and (2) extend the Commercial Operation Date Deadline from January 22, 2016 to August 30, 2017. The “commitment” was also contingent on Company using its “best efforts” to obtain Commission approval of the proposed amendment on or before March 31, 2016. Further, if Commission approval is not obtained by March 31, 2016, then the “commitment” to finance the project was also contingent on the requirement that the subject Guaranteed Milestones would be extended on a day-for-day basis until the Commission approves the amendment and also contingent “with the understanding that HELCO would fully support the project during this period and there are no major disruptions in the markets.” (emphasis added). The “commitment” letter does not explain the scope or meaning of “best efforts” or “major disruptions in the markets”.

HELCO says the information provides “no confidence to the Company that Seller is being forthright in its disclosures to Company and/or that Seller has a sound business plan in place that is in the best interest of customers and makes sense financially for Seller’s investors.”

The document details the delays caused by litigation between Hu Honua and their terminated construction contractors, Hawaiian Dredging Construction Company, Inc. In 2014, after reaching a settlement, Hu Honua failed to pay Hawaiian Dredging the $30 million that was agreed to, and so the bioenergy company’s assets were seized and its access to the Pepe’ekeo project site was blocked. Hu Honua and Hawaiian Dredging have since resolved their dispute, HELCO says, but the utility has “concerns that the current state of the project’s equipment and hardware that was previously installed or stored at the project site may be in poor condition will require further work or rehabilitation beyond what Seller has represented to Company.”

HELCO says the litigation also resulted in Hu Honua losing its financing for the project. The utility company also discovered two foreclosure actions, allegedly undisclosed by Hu Honua, that were instituted by SmithKoch Inc, and Transglobal Energy, Inc. HELCO says it appears Hu Honua has been able to settle or is in the process of settling those claims.

HELCO says last year, when it was clear the Guaranteed Milestones would be missed, Hu Honua proposed amendments to the PPA that were intended to cure the company’s defaults but “were not advantageous” to HELCO customers.