HILO - The National Weather Service said wave heights could reach 20 to 30 feet along north facing shores of the Big Island on Monday, and was expected to diminish in size on Tuesday.

HAWAII ISLAND – The Hawaiian Islands are under a High Surf Warning as a very large northwest swell will continue over the area tonight.

The National Weather Service said wave heights could reach 20 to 30 feet along north facing shores of the Big Island on Monday, and was expected to diminish in size on Tuesday.

Old Government Beach Road in Waa Waa was closed due to high surf. In a message issued at 3:20 p.m., police said the road was shut down just south of Kuna Street and and about a mile north of Sadileck Road in an area commonly known as Honolulu Landing.

In Keaukaha, ocean water washed over the parking lot of Onekahakaha Beach Park, but there was no damage to any structures and the park remained open.

On Monday afternoon, a High Surf Advisory was issued for West Hawaii, as well. Both the warning and the advisory are in effect until 6 p.m. on Tuesday.

Monstrous waves as high as 50 feet were predicted to hit west facing shores of Oahu and Molokai. On Oahu, the state closed Kamehameha Highway in both directions from Haleiwa to Turtle Bay due to wave action impacting the roadway. Yokohama Bay in Kaena Point State Park Reserve was also closed.

The National Weather Service says another very large swell is likely starting Wednesday night. Another front will move over Kauai and Oahu Thursday, then stall and dissipate as the ridge rebuilds northwest of the area. A stronger cold front may reach the islands early next week. 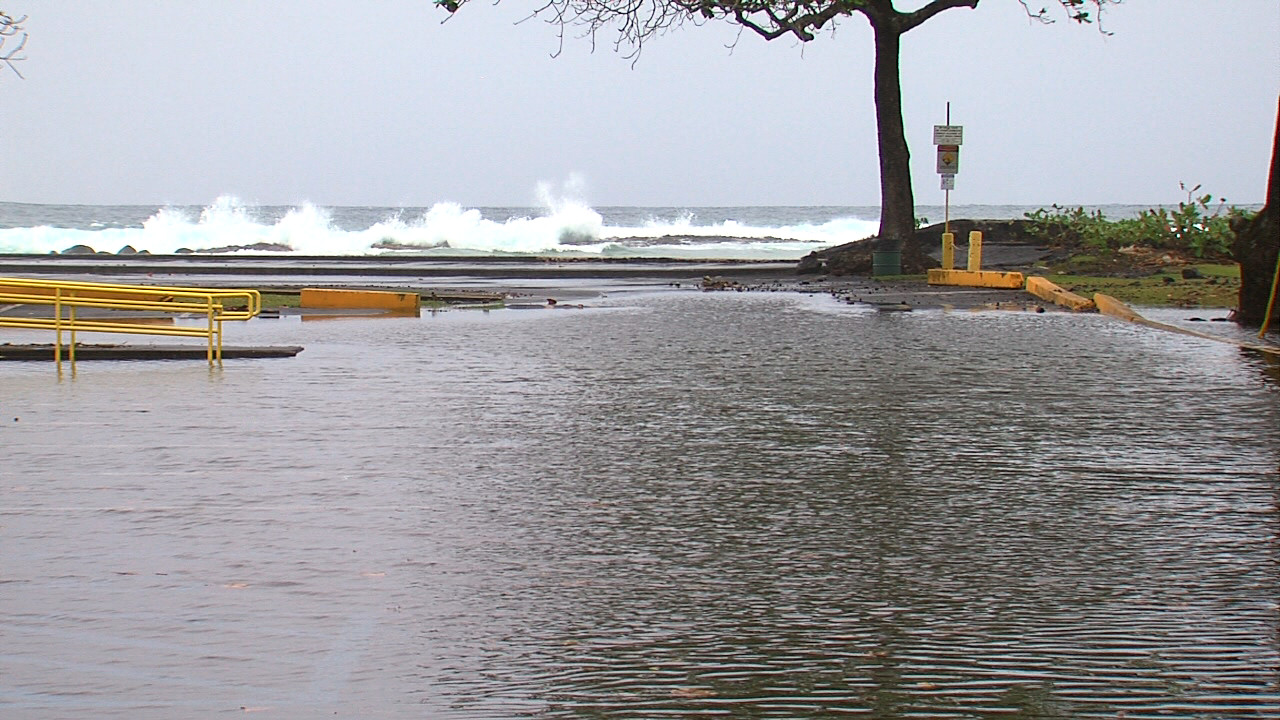 The parking lot by the horseshoe courts at Onekahakaha was flooded on Monday, not an uncommon sight during high surf events.