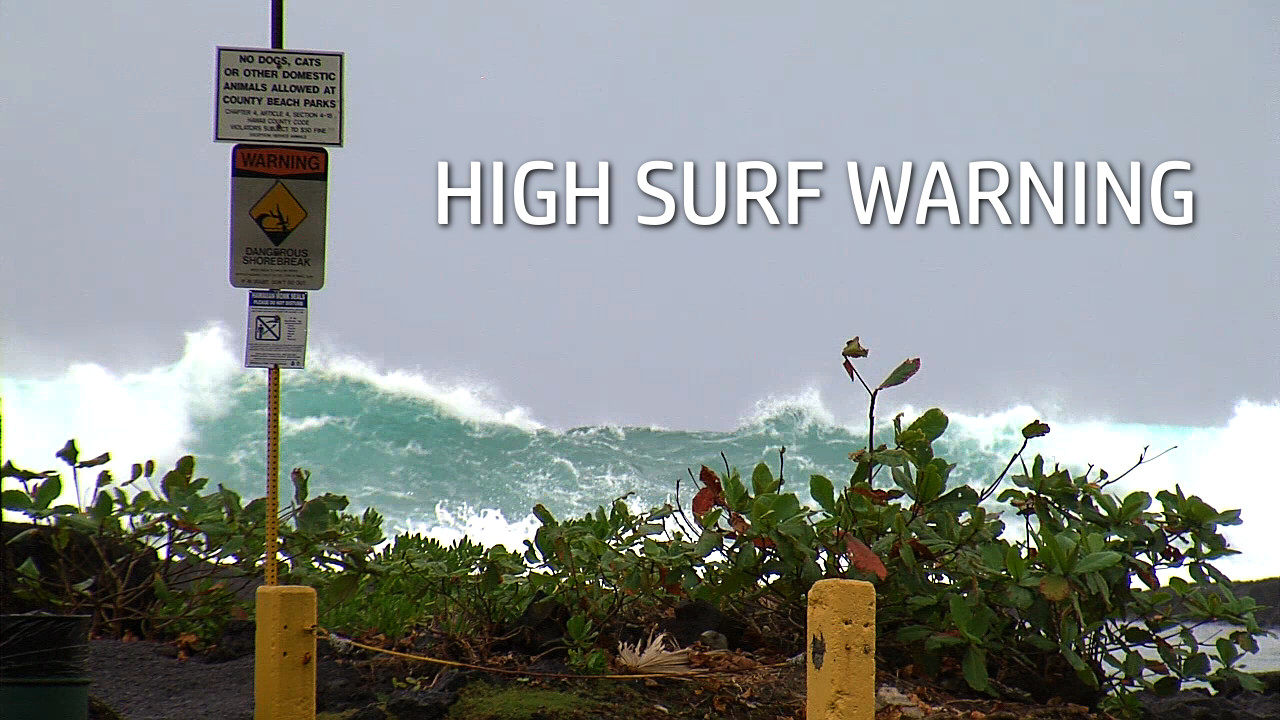 HAWAII ISLAND – Big waves continues to hammer Hawaii, as a High Surf Warning remains in effect for all islands until 6 p.m.

Puna’s Old Government Beach Road in Waa Waa remains closed due to high surf, police report. The closure is just south of Kuna Street and and about a mile north of Sadileck Road in an area commonly known as Honolulu Landing.

There are a number of beach closures on the west side of Hawaii Island, which is under a High Surf Advisory. La’aloa Beach Park, Kahalu’u Beach Park, Mahukona Beach Park (wharf side) and Kekaha Kai State Park (Kua Bay portion) are closed due to the surf.

The National Weather Service warns ocean water is expected to surge and sweep across beaches, coastal benches, and lava flows creating the potential for impacts to coastal properties and infrastructure, including roadways. Powerful longshore and rip currents will be present at most beaches, forecasters say. Large breaking waves and strong currents may impact harbor entrances and channels causing challenging boat handling.

A new, very large northwest swell will peak on Thursday, forecasters say. It is even anticipated that the Quiksilver in Memory of Eddie Aikau surf tournament will be held along the north shore of Oahu.