An unmanned adrift black kayak was found one mile offshore of Kahaluu Beach Park on Tuesday, and the U.S. Coast Guard is searching for the owner or operator. 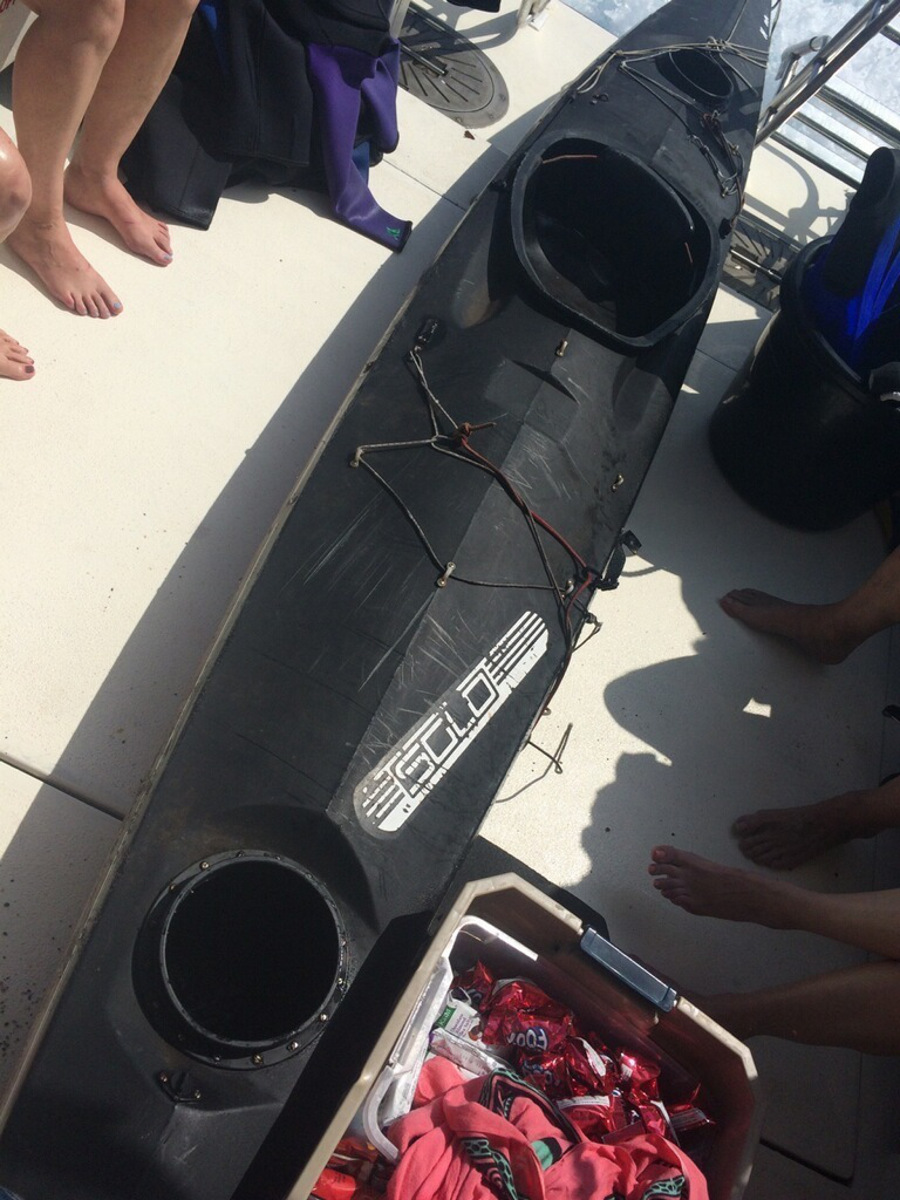 KAHALU’U – An unmanned black kayak was found adrift, one mile offshore of Kahaluu Beach Park on Tuesday, and the U.S. Coast Guard is searching for the owner or operator.

A good Samaritan reported they had recovered the black kayak in the vicinity of Keauhou Bay near Kahaluu Beach Park, officials say. Sector Honolulu Command Center watchstanders issued an urgent marine information broadcast notice to mariners and launched a MH-65 Dolphin helicopter aircrew from Coast Guard Air Station Barbers Point. There are currently no reported signs of distress or missing persons in the area, and the Dolphin crew is currently searching for a possible person in the water.

Kahalu’u Beach Park is one of several Kona-side beach parks to be closed Tuesday day to high surf. West Hawaii is currently under a High Surf Advisory issued by the National Weather Service and much of the state is under a High Surf Warning.

“The Coast Guard encourages ocean goers to always file a float plan and leave it with a reliable person who can be depended upon to notify the Coast Guard, or other rescue agency, should you not return or check‐in as planned,” said Lt. Nicholas Spence, a command duty officer at Sector Honolulu, in a media release. “In addition, it’s important to label your watercraft with contact information so that if found adrift, we can help identify the owner and determine whether or not that person is in distress.”

Kayakers are reminded that the Coast Guard offers free “If Found” decals to be placed in a visible location on small, human-powered watercraft through the Operation Paddle Smart program. The information on the sticker can allow response entities to quickly identify the vessel’s owner and aid search and rescue planners in determining the best course of action, USGS says. Positive identification may also allow the item to be returned to the owner.

“The stickers can be obtained for free at local harbormasters,” read a USGS media release, “through the Coast Guard Auxiliary, from Honolulu Sail and Power Squadron offices and at select marine retail and supply stores.”