Hu Honua Bioenergy is firing back at the Hawaii Electric Light Company in a document filed with the Hawaii Public Utilities Commission. 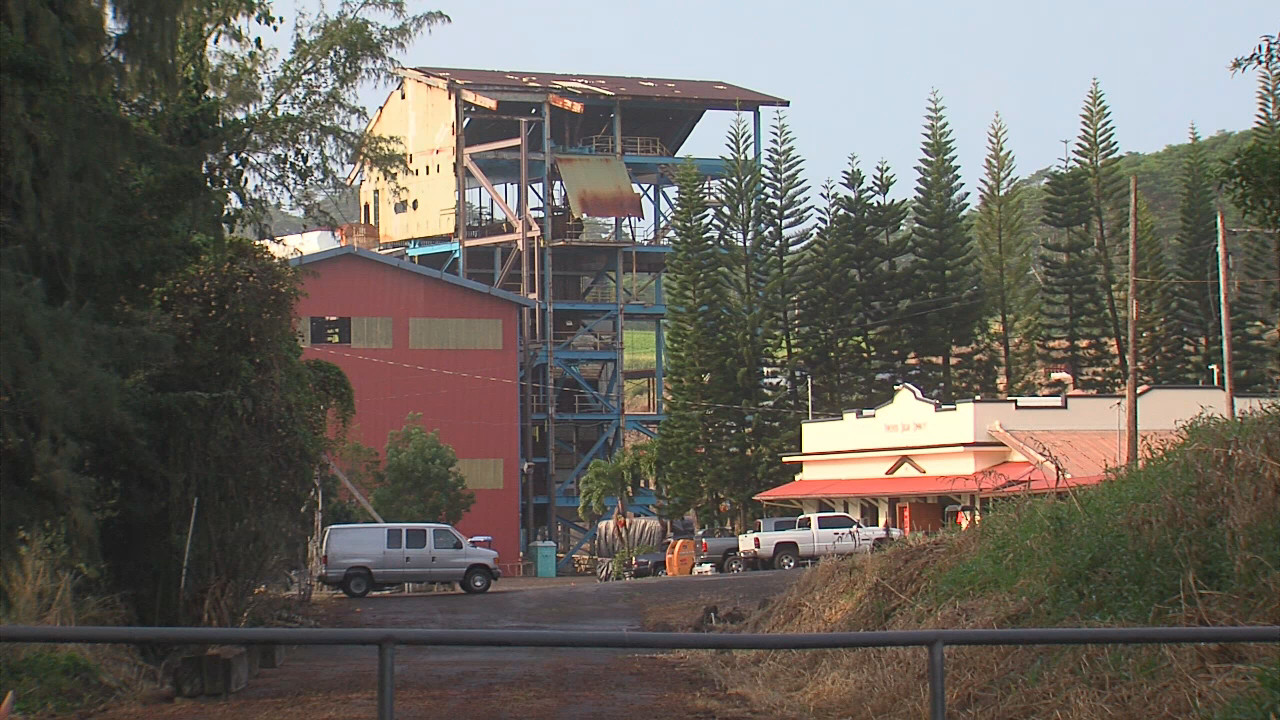 The Hu Honua power plant in Pepe’ekeo, as it appeared from the road on February 23, 2016.

PEPE’EKEO, Hawaii (BigIslandVideoNews) – Hu Honua Bioenergy is firing back at the Hawaii Electric Light Company in a document filed with the Hawaii Public Utilities Commission, addressing what it calls incomplete and misleading information in HELCO’s status report to the PUC.

In the February status report – requested by the PUC in light of missed milestone schedule dates in the Hu Honua / HELCO power purchase agreement – HELCO told the commission it intends to terminate the PPA effective March 1, 2016.

Hu Honua Bioenergy is trying to refurbish the former sugar mill power plant at Pepeekeo, transforming it into a modern biomass electricity generation facility with advanced emission control equipment. A power purchase agreement was approved by the PUC in December 2013, but since then Hu Honua spent months mired in litigation with previous contractors, Hawaiian Dredging Construction Company. HELCO cited missed deadlines in its request to terminate the agreement, and said it does not appear as if Hu Honua will achieve commercial operations in the near future. HELCO even said they have no confidence Hu Honua “is being forthright in its disclosures to Company and/or that Seller has a sound business plan in place that is in the best interest of customers and makes sense financially for Seller’s investors.”

Today, Hu Honua responded, saying in a media release that it “expressed disappointment with HELCO over not processing its milestone date extension request submitted more than 12 months ago.”

Hu Honua says it requested the extension “following a variety of disputes with its former contractor that disrupted the project’s construction schedule, and to provide the replacement contractor sufficient time to complete” the project.

HHB says it has invested $100 million to date in the biomass-to-energy project, which it says is halfway to completion. Contrary to HELCO’s opinion, Hu Honua says the plant can be operational in approximately 12-16 months.

Hu Honua broke down the alleged “incomplete and misleading statements” by HELCO in its media release:

“Hu Honua does not have the ability to achieve commercial operation in the near future.”

Hu Honua has fully committed financing up to $125 million to complete the project, with $20 million having been invested since November 2015.

HELCO’s statement appears to refer to the boiler hydro test date. Unlike solar and wind projects, Hawaii law requires high pressure/high temperature steam boiler projects to follow rigorous inspection, approval and documentation protocol throughout construction before successive work can begin. As a result of disputes with its former contractor, HHB did not have ready access to prior documentation needed to perform successive work, which resulted in disruption and delays to schedule.

As early as October 2014, HHB alerted HELCO that its milestone dates could be delayed because of certain factors beyond its control, including the circumstances underlying the dispute with its former contractor.

In January 2015, well in advance of project milestone dates, HHB approached HELCO to proactively discuss revised milestones dates in light of circumstances. Throughout discussions over revised milestones, HELCO reported a need for pricing reductions as an exchange for milestone date relief. HHB revised pricing arrangements on three separate occasions—February, April and May 2015.

In a media release, a disappointed PUC Chair Randy Iawase said HELCO’s intended termination of the Hu Honua agreement was one of many recent events that may “work against the goals of lowering electric rates for all customers and achieving 100 percent renewable energy by 2045.” Other examples Iwase gave were HELCO’s unsuccessful solicitation for new geothermal generation on Hawaii Island, and delays and cancellations of PPAs on three Oahu solar projects.

“The Commission currently has open proceedings to review each of these matters and will thoroughly investigate the conduct of the HECO Companies,” Iwase stated. “However, as Chair, I must share my concern that, collectively, these events send the wrong message to third party developers that desire to compete for clean energy business opportunities in Hawaii, and appear to represent a step backwards from the State’s clean energy goals.”

The PUC is currently conducting evidentiary hearings in a proposed merger and acquisition of the Hawaiian Electric Industries, Inc by Florida-based NextEra Energy, Inc. One of the topics of discussion has been whether or not HEI – without NextEra’s backing – can meet the 100 percent renewable energy by 2045. The transaction is valued at over $4 billion.

The Consumer Advocate, in their own filed document, recommends that the Commission “support Hawaii Electric Light’s determination that Hu Honua is in default of the PPA. To do otherwise would set a bad precedent that would allow material breaches of a developer’s contractual obligations without repercussions.”

“The Hu Honua PPA has a levelized price, including both energy and capacity payments, of approximately $253 per MWH (25.3 cents per kWh),” the Advocate wrote. “At the time this PPA was analyzed and approved, the price terms of the PPA would have provided Hawaii Electric Light’s ratepayers a net benefit compared to the cost of energy from a comparably dispatched oil-fired unit. Given the recent steep decline in oil prices, the current PPA price is likely to result in a bill increase for Hawaii Electric Light customers. If Hu Honua’s biomass project is to be salvaged, it must be at pricing terms that will result in a net benefit and bill decrease for Hawaii Electric Light customers.”