A first-degree arson investigation has been initiated in connection with an incident that occurred at 6:59 a.m. Thursday at the Big Island Drug Court on Halekiʻi Street in Kealakekua. 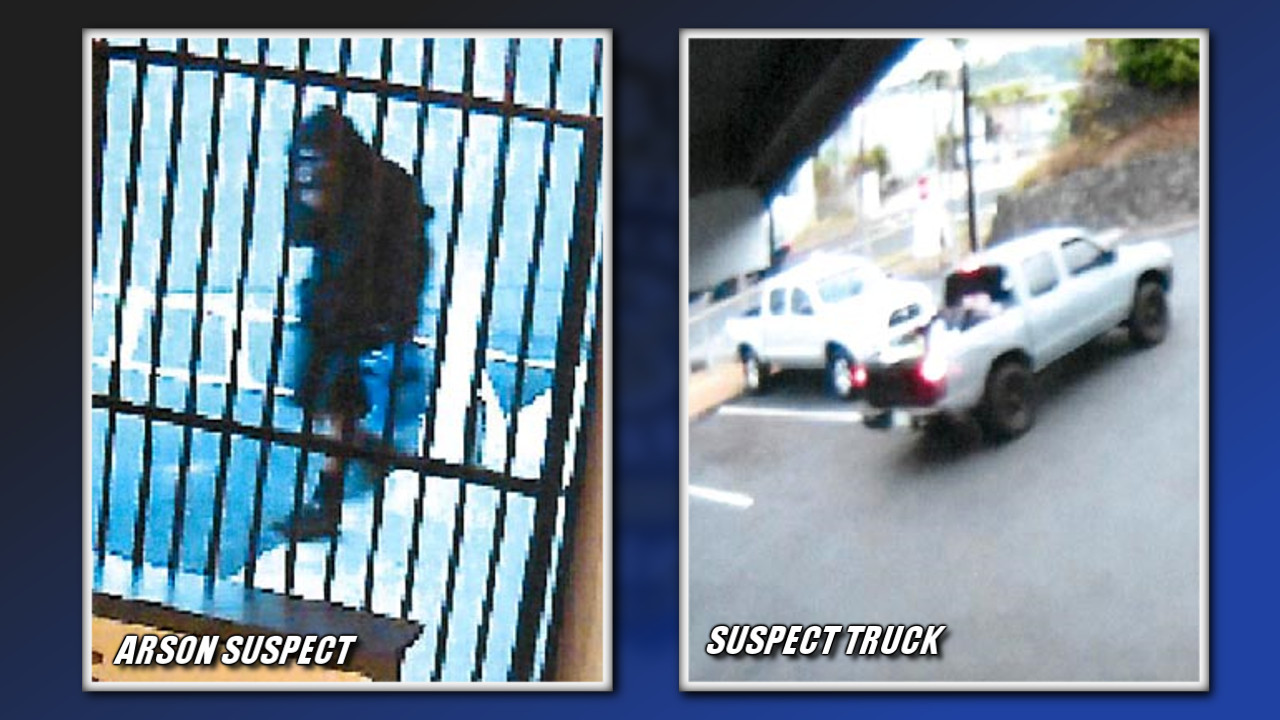 KEALAKEKUA, Hawaii – Police believe they have a photo of a suspect who intentionally set a fire at the Kona courthouse today.

A first-degree arson investigation has been initiated in connection with an incident that occurred at 6:59 a.m. Thursday at the Big Island Drug Court on Halekiʻi Street in Kealakekua.

“Arriving officers learned that passersby had extinguished the flames with fire extinguishers from the courthouse before police and firefighters arrived,” police wrote in a media release. “Two employees were in the courthouse when the fire was set but no injuries were reported. Damage was confined to the front door and a wall.”

Police say their investigation revealed that the fire was deliberately set by a “local male” wearing board shorts and a “hoodie”, who was apparently recorded on a security camera. Police circulated the image of the suspect in their media release.

Police say the man fled in a pickup truck that appears to be primer gray with a black tailgate, black rims and a black front bumper grill. Police also distributed an image of the vehicle.

Police also want to question the occupant or occupants of a sedan who may have seen the suspect.

Police ask anyone with information about the fire, the identity of the suspect or the identity of the occupant or occupants of the sedan to call the Police Department’s non-emergency line at 935-3311 or Detective Walter Ah Mow at 326-4646, extension 238, or walter.ahmow@hawaiicounty.gov.