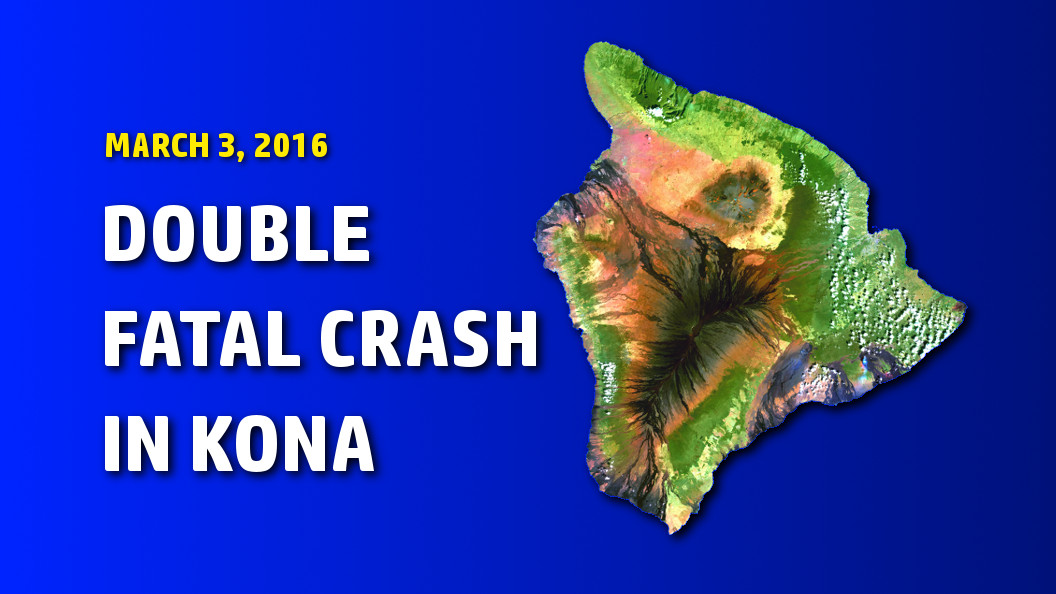 After responding to a 1:02 a.m. call for a collision near the 81-mile marker, Hawaii County Police announced the closure of the Queen Kaʻahumanu Highway at 1:46 a.m.

Police say the operator of a 2004 Honda van had been traveling south on Queen Kaʻahumanu Highway when it crossed the centerline and crashed head-on with a north-bound 1999 Chevrolet van.

The driver of the Chevrolet was taken to North Hawaiʻi Community Hospital, where he was pronounced dead at 3:05 a.m. He has been identified by police as 48-year-old Thomas Callero of Waikoloa.

The driver of the Honda was also taken to North Hawaii Community Hospital, where he was pronounced dead at 5:10 a.m. He has been identified by police as 70-year-old Stewart Kroll of Kailua-Kona.

It was not immediately known if speed or alcohol were factors in the crash, officials reported Thursday. Queen Kaʻahumanu Highway was reopened after a four hour closure.

The Traffic Enforcement Unit has initiated a negligent homicide investigation and is asking for anyone who witnessed the crash to call Officer Kimo Keliipaakaua at 326-4646, extension 229. Tipsters who prefer to remain anonymous may call Crime Stoppers at 961-8300.