HONOLULU - The Department of Health announcement comes with a warning for applicants, media and the public.

HONOLULU, Hawaii – The five-member selection panel for the first Medical Marijuana Dispensary licensees have been named. The Department of Health made the announcement on Monday, saying the panel was chosen by “identifying individuals with relevant experience and knowledge to review the applications and assist DOH in selecting the most qualified applicants.” 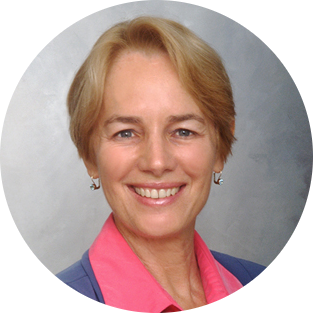 It is critical that the selection process be as fair and objective as possible and free from improper outside influence. It is equally important that the process be as transparent as possible without compromising its integrity.”Health Director Dr. Virginia Pressler

Health officials warn, “if an applicant, representative of an applying entity, member of the media, legislator or other government official, member of the public, or any other person contacts a selection panel member to discuss an applicant or the selection process, or tries to influence their decisions in any way, the panel member is required to immediately report the contact to DOH.”

An applicant’s failure to heed the warning could impact their chances of obtaining a permit, health officials say.

As a professor of Management and Transportation at the University of Hawaii at Manoa, Bess currently teaches courses in organizational behavior, the external environment of business, and human resources management. Bess has more than 40 years of experience in administrative positions at the University of Hawaii in the Office of the Chancellor and the Office of the Vice President of Academic Affairs as well as the College of Business Administration where he served as Dean from 1981-1998. He has had visiting appointments at Kings Point and UCLA, Oregon State University, and the University of Colorado at Denver.

Bess earned his BS degree in Nautical Science from the U.S. Merchant Marine Academy, and his MBA and Ph.D. in transportation management from the University of California, Los Angeles.

He has authored two books, numerous articles and chapters and has served as a member of both the Association to Advance Collegiate Schools of Business and the Western Association of Schools and Colleges accreditation teams. He has served on the Board of Directors of over ten public and private organizations and currently serves on the boards of AlohaCare, the Hawaii Chapter of the American Red Cross, and the Japan-America Institute of Management Science Foundation.

James E. Duffy, Jr. is a retired associate justice of the Hawaii State Supreme Court. Duffy earned a bachelor’s degree from the College of St. Thomas and a doctorate of jurisprudence from Marquette University. He was a member of the Board of Editors of the Marquette Law Review. A founding member of the firm Fujiyama Duffy and Fujiyama and a trial lawyer for 35 years, Duffy represented both plaintiffs and defendants in diverse matters, including professional liability, products liability, personal injury, commercial, business and general civil matters.

Duffy has served as a mediator, arbitrator and special master for matters involving business, commercial, real estate, insurance, employment, labor, trust, probate, tort, products liability, personal injury, and professional liability. He is a past President of the Hawaii State Bar Association, and is a member of the American College of Trial Lawyers, and the American Board of Trial Advocates.

Fisher is the scientific director of Keystone Laboratories and a lab inspector for the College of American Pathologists. He was a founding incorporator of the Alabama Poison Center in 1981 and served as its director until 2013. Fisher earned a BS in Pharmacy from Samford University and a PharmD degree from the University of Tennessee Center for Health Sciences.

Fisher is a diplomate of the American Board of Applied Toxicology and a Fellow of the American Academy of Clinical Toxicology. He has been the scientific director at a College of American Pathologists certified Forensic Urine Drug Testing Laboratory, and has served as a laboratory inspector for certifying organizations.

Shimabukuro-Geiser is the Deputy to the Chairperson of the Hawaii Board of Agriculture. A long time agriculture advocate, she served as president of Mikilua Poultry Farm in Waianae and vice president of the Associated Producers Corp. in Honolulu. Shimabukuro-Geiser has a BS degree with distinction in Animal Science from the University of Hawaii at Manoa and an MS degree in Avian Sciences from the University of California, Davis. She is a member of the World Poultry Science Association, and Gamma Sigma Delta Agricultural Honor Society.

As the chief of the Office of Health Care Assurance with the Hawaii State Department of Health, Ridley has overall management and operational responsibility for the state licensure of all health care facilities and federal certification survey program for all Medicare facilities throughout the state. Prior to joining the state in 2008, he was an independent healthcare consultant specializing in long-range planning and project management. His more than 30 years of management experience includes being the chief executive officer of a rural acute care hospital, hospital department business manager, and leading the reimbursement contract negotiations with all healthcare facilities for Hawaii’s Blue Cross Blue Shield insurer. Ridley has a Master’s degree in Business Administration and a Graduate Certificate in Healthcare Administration from Hawaii Pacific University. He is a member of the Healthcare Financial Management Association (HFMA) and the American College of Healthcare Executives and served in voluntary management leadership roles with HFMA locally and regionally.