KEA'AU - Frustrated by long lines, some Democrats suggest a conspiracy to suppress the left-leaning Puna vote in the Hawaii caucus.

The relatively small community center with sparse parking was assigned six of the seven precincts in District 3. Many residents in Puna mauka subdivisions as far away as Volcano Village had to make the trip to Kea’au in order to cast their ballot. Numerous hopeful voters were confused over the status of their membership in the Democratic Party or the precinct they were assigned to, which added to the wait time as things were sorted out. 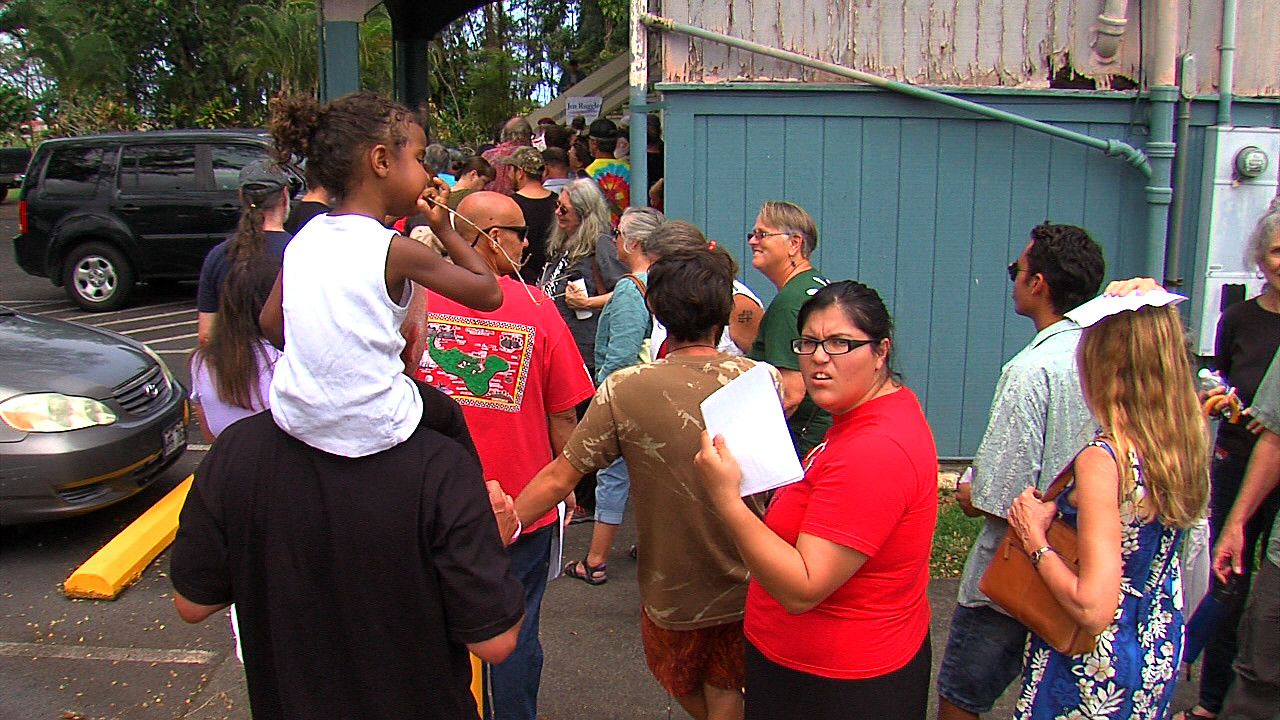 People inch forward in a line that stretched around the Keaau Community Center.

Some went as far as to declare the long wait was intended by the establishment to suppress the historically left-leaning Puna vote.

We spoke to Volcano resident and journalist Peter Serafin and peace activist Jim Albertini about their impressions during the chaotic caucus. 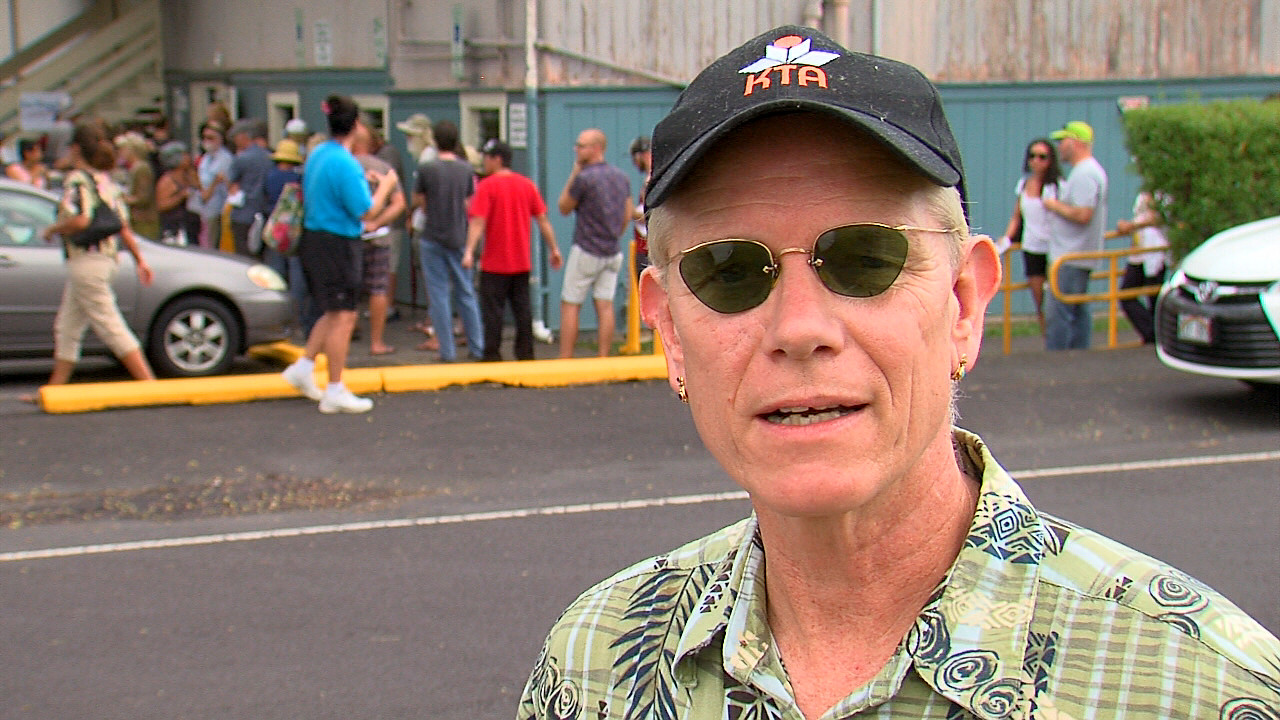 Peter Serafin talks about the situation in Kea’au, and compares it to reports he has read from other states.