HAWAII - Hawaii Emergency Management Agency is marking the month with an event in Hilo and public service announcements on video.

HAWAII – Hawaii observes Tsunami Awareness Month every April, and this year a special event is planned for April 16 at the Pacific Tsunami Museum in Hilo.

The Hawaii Emergency Management Agency gave the details in a media release (below), and also introduced a series of video public service announcements produced by partners within the State Department of Defense’s Public Affairs Office with the assistance of the Pacific Tsunami Warning Center (operated by the National Oceanic and Atmospheric Administration) and the Pacific Tsunami Museum. State officials say the series “provides background information about the science behind tsunamis and warning along with helpful tips about how to prepare and respond.” 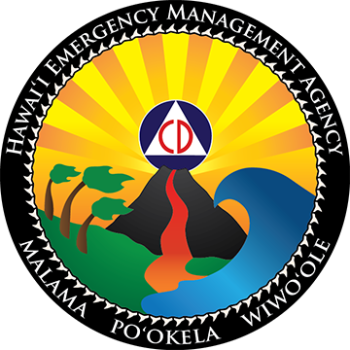 HONOLULU — Hawaii Emergency Management Agency (HI-EMA) is encouraging the public to take tsunami preparedness into their own hands this April during Tsunami Awareness Month. Seventy years ago, on April 1, 1946, one of the deadliest tsunamis to ever hit Hawaii caused widespread devastation on all islands. Generated by an earthquake in the Aleutian Islands, the massive tsunami took 159 lives and caused more than $26 million in damage. April was chosen as the month to honor and remember the lives lost in all tsunamis to hit the state.

Due to Hawaii’s location in the middle of the Pacific Ocean, we are extremely vulnerable to the threat of tsunamis. Distantly generated tsunamis can reach Hawaii within several hours and are triggered by earthquakes that take place along the Ring of Fire, which circles the Pacific Rim. Locally generated tsunamis are caused by earthquakes or volcanic activity that occur in or near the Hawaiian Islands, and can make landfall in a matter of minutes.

“There is no season for tsunamis,” said Vern Miyagi, Administrator of Emergency Management. “During a tsunami threat, people only have hours – sometimes minutes – to move to safety. For this reason, it is crucial that families and individuals have their survival kits ready ahead of time and emergency plans up to date so they can quickly respond and react in a safe and efficient manner.”

For distantly generated tsunamis, outdoor warning sirens will sound statewide. For locally generated tsunamis, however, there may not be sufficient time to sound sirens. If you are near the ocean when an earthquake takes place, immediately move to higher ground. Upon hearing any warning sirens, the public should tune immediately to a radio or television for updates and the latest information. Additionally, everyone should be able to recognize the natural warning signs that a tsunami may be imminent. Signs include: rapidly rising or receding water from the ocean; the sound of a locomotive or jet plane coming from the ocean; and empty beaches.

People located within a tsunami evacuation zone should quickly move to higher ground, or inland until they are at least 100 feet above sea level, while avoiding steep cliffs and watching for falling rocks. To find out if you live, work or play within a tsunami evacuation zone, turn to the disaster preparedness pages in your local telephone book or enter your address into the Tsunami Evacuation Zone Map Viewer on HI-EMA’s website at www.scd.hawaii.gov.

On Saturday, April 16, the Pacific Tsunami Museum (PTM) in Hilo will host an open house event with free admission to the public. During the event, PTM will unveil its brand new Science Room, which features an interactive Warning Center Simulation, among other activities. The Simulation allows guests to jump on a world map and generate an earthquake. From there, the player is faced with several questions that give them a taste of the various factors considered by the real Pacific Tsunami Warning Center (PTWC) before making critical decisions, such as issuing a tsunami warning. PTM is a non-profit organization dedicated to promoting tsunami awareness and education through a combination of science, history and personal accounts. For more information about the open house, call 808-935-0926.