HAWAII ISLAND - The lake level at Halema'uma'u has dropped about 115 feet in recent days, as tiltmeters at the summit have recorded a larger than usual deflationary trend. 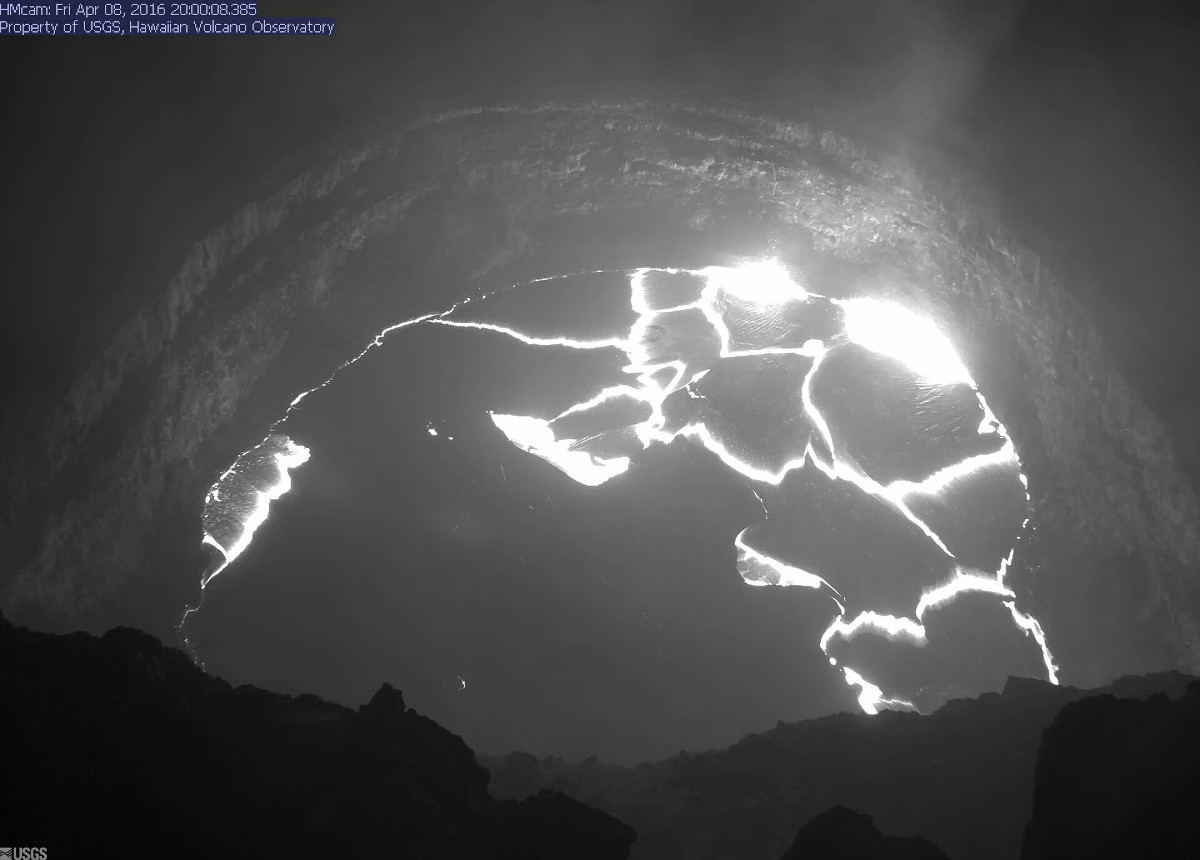 HAWAII VOLCANOES NATIONAL PARK – The lava lake at the summit of Kilauea volcano is dropping as summit tiltmeters are recording a larger than usual deflationary trend.

Earlier this week, the lava lake level in Halema’uma’u was relatively high. On April 4, the USGS Hawaiian Volcano Observatory said the lava lake was less than 70 feet below the vent rim. A small portion was visible overnight from the nearby observation tower. The next day summit deflation began, and the lava level began to go down. 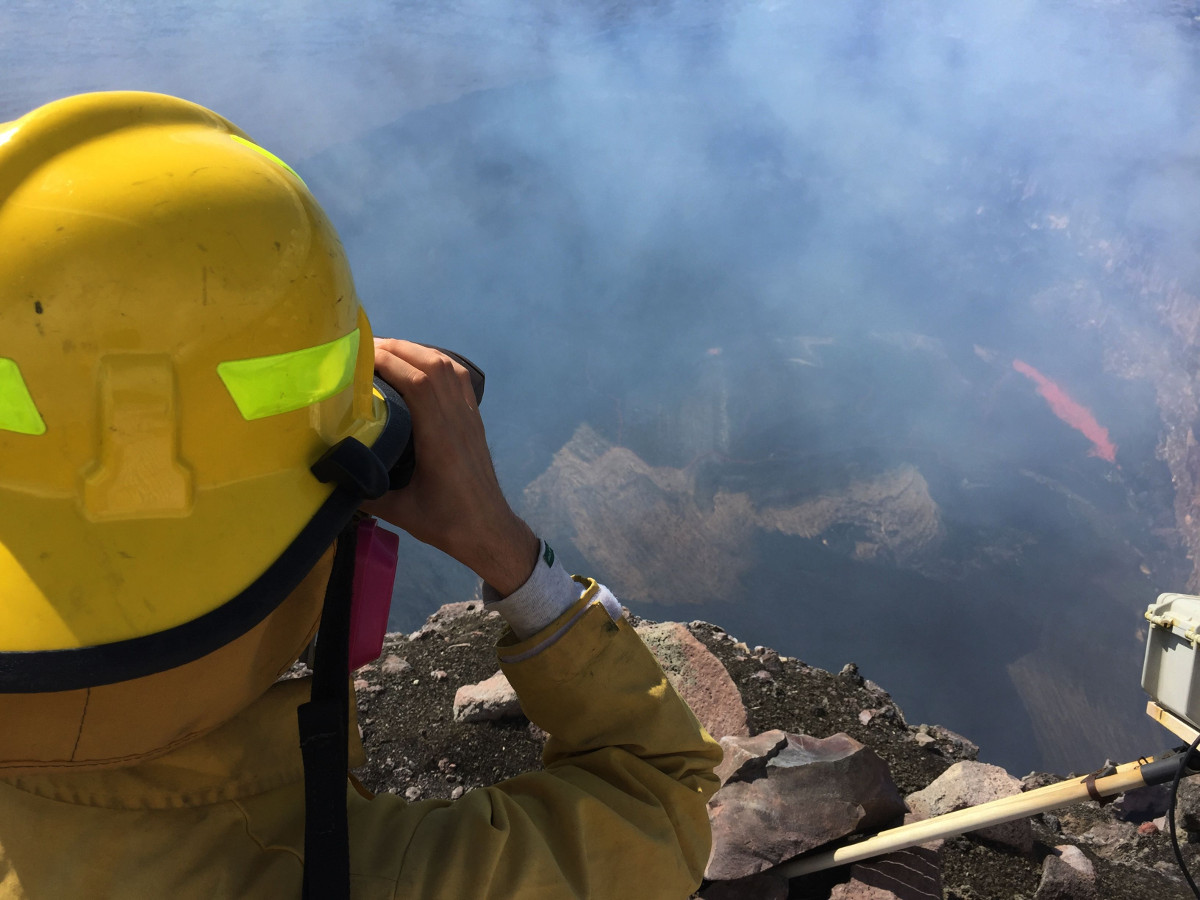 HVO geologist uses a laser rangefinder to measure the depth of the lava lake at the summit of Kīlauea in the Overlook crater. (USGS Hawaiian Volcano Observatory photo)

On the East Rift Zone, Puʻu ʻŌʻō is also showing deflationary tilt. Outgassing continues from the spatter cones on the crater floor, and at one point in the week a small pad of lava erupted from a vent on the floor of the crater.

“Over a longer time period,” USGS scientists reported Friday, “GPS instruments that span Puʻu ʻŌʻō show the cone is spreading, which suggests the magma system beneath the vent is pressurizing; this current spreading trend began late in 2015.”