PAHOA, Hawaii – State transportation officials faced a large, frustrated crowd at the Pahoa Community Center on Thursday evening. The bureaucrats were besieged by questions about the new roundabout project, as well as the dire need for contingency plans on the often congested Highway 130.

Officials say the roundabout will improve driving conditions at the north entrance of Pahoa Village Road, replacing the infamous intersection once identified as the most dangerous in the state. Project officials anticipate the opening of the roundabout in May.

Thursday’s public information meeting provided information on the remaining project schedule and phases of work. There was also a video display station demonstrating how to drive through a roundabout, since this will be the first of its kind in East Hawaii.

Ed Sniffen, the Hawaii Department of Transportation’s Deputy Director in charge of the Highways Division, answered the barrage of community questions as best he could, before breakout sessions began. The crowd was divided between those who support the project and those who have their doubts. Many vocalized concerns over different aspects of traffic in and out of town. What about the time restrictions placed on the Highway 130 shoulder lane? How about the timing on the temporary traffic light? What are the plans in case of emergency? Will officials open Railroad Avenue as an alternate route?

Community tensions were high at the meeting, thanks in part to recent traffic jams on the highway. This week, cars were bumper to bumper for miles when a paver blew a hydraulic hose at the roundabout construction site.

There was also some political intrigue to the evening. A DOT’s announcement said the meeting was put together in “coordination with area legislators, Senator Lorraine Inouye and County Council Members Greggor Ilagan and Daniel K. Paleka, Jr.” Inouye, who chairs the State Senate Transportation and Energy Committee, has taken an active interest in the project. However, Puna State Senator Russell Ruderman was allegedly not invited to participate. Inouye and Ruderman are not political allies at the Capitol, and councilman Ilagan is running for the Puna senate seat held by Ruderman. Nonetheless, Senator Ruderman was in attendance, and spoke at the podium as the crowd began to get out of control. 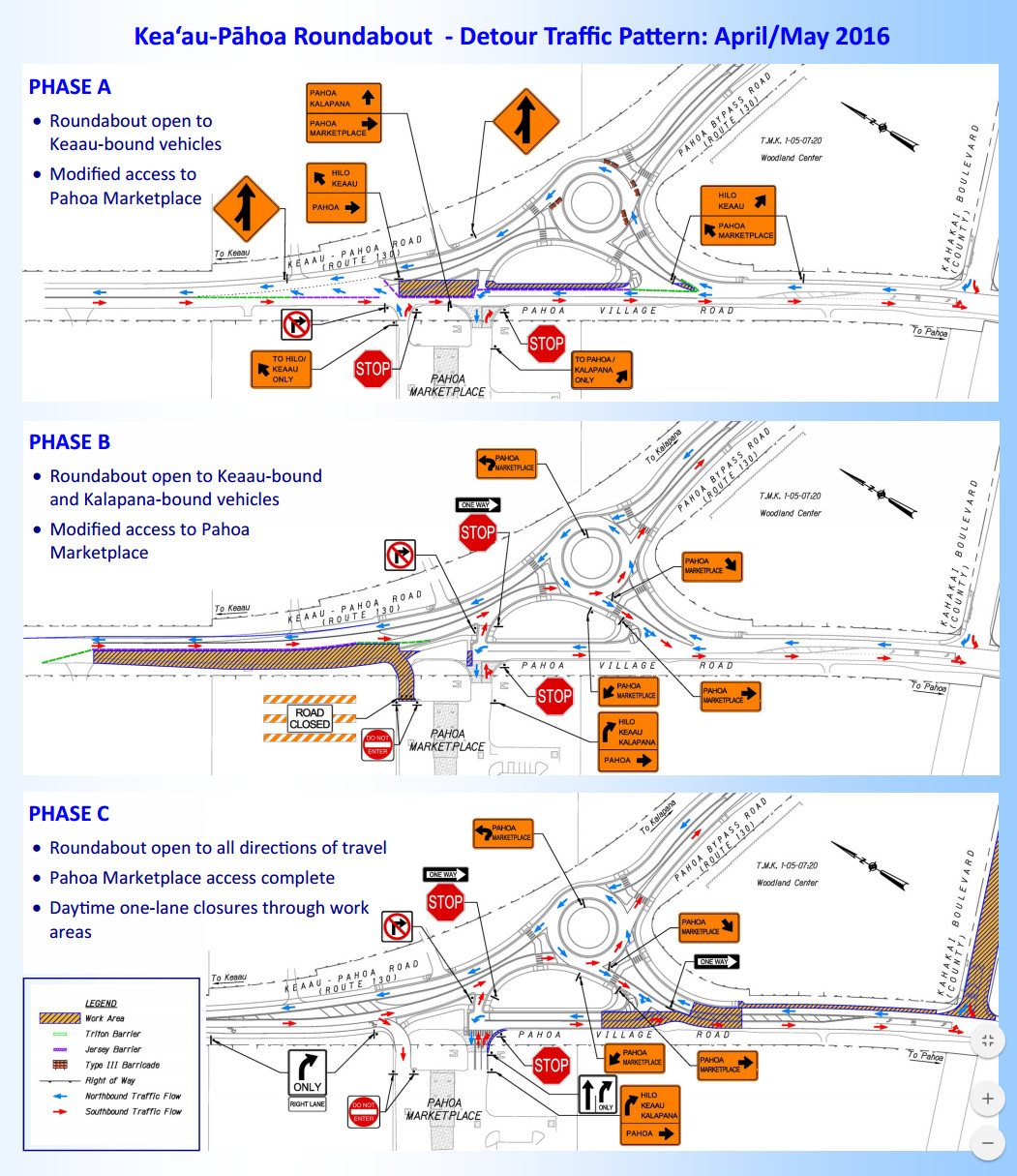 The remaining phases of work are shown here in this DOT brochure, available online.