HILO - John Ali Hoffman, accused of killing his wife and two children, declares he is his own sovereign person during his first court appearance.

HILO, Hawaii – 49 year old John Ali Hoffman, accused of killing his wife and children in a May 6 shooting in Leilani Estates, created a stir in Hilo court during his first appearance on Monday.

Judge Harry Freitas postponed a preliminary hearing so that Hoffman, who is charged with first-degree murder and three counts of second-degree murder, may first undergo a mental examination. Hoffman interrupted the proceeding several times, making statements about being a “sovereign person” and saying that the situation created a “breach of national security”.

Hoffman also asked Judge Freitas to recuse himself and declined the services of well known Hilo attorney Brian DeLima, saying he wanted to represent himself.

Freitas decided to keep DeLima in place as Hoffman’s attorney, for now, and set the next hearing for June 14th at which time the mental examination of Hoffman will be discussed.

Police have not yet named the children. 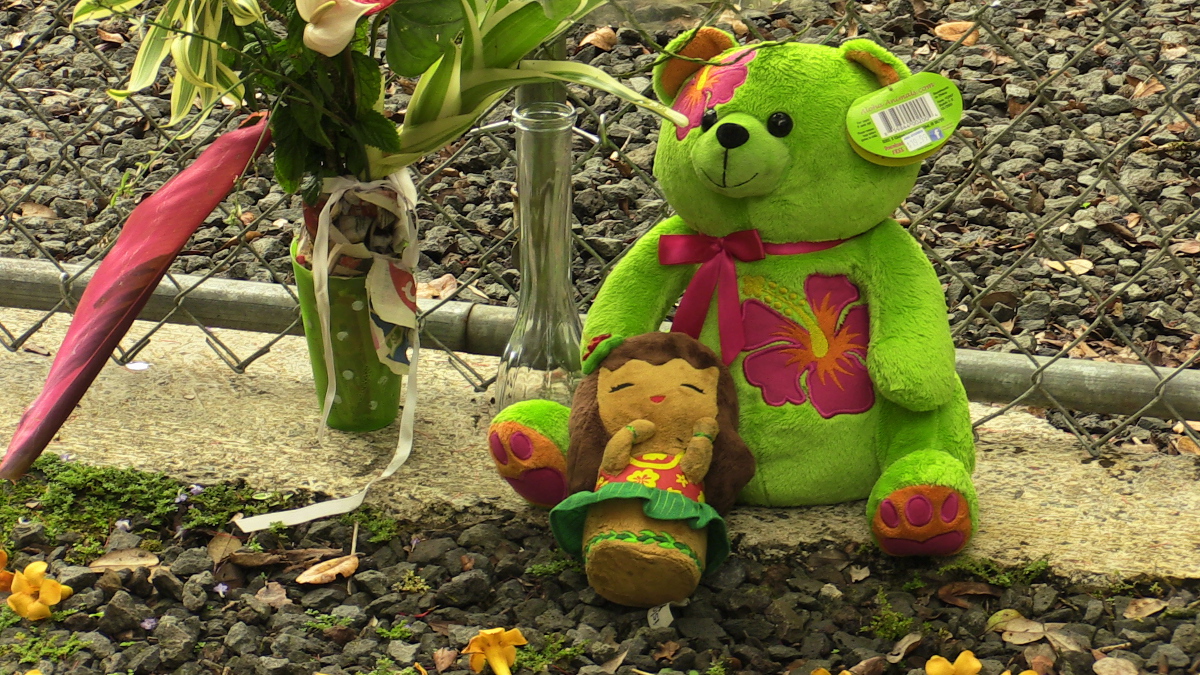 A teddy bear and other items form a makeshift memorial at the scene of the killings in Leilani Estates. Photo by Daryl Lee.