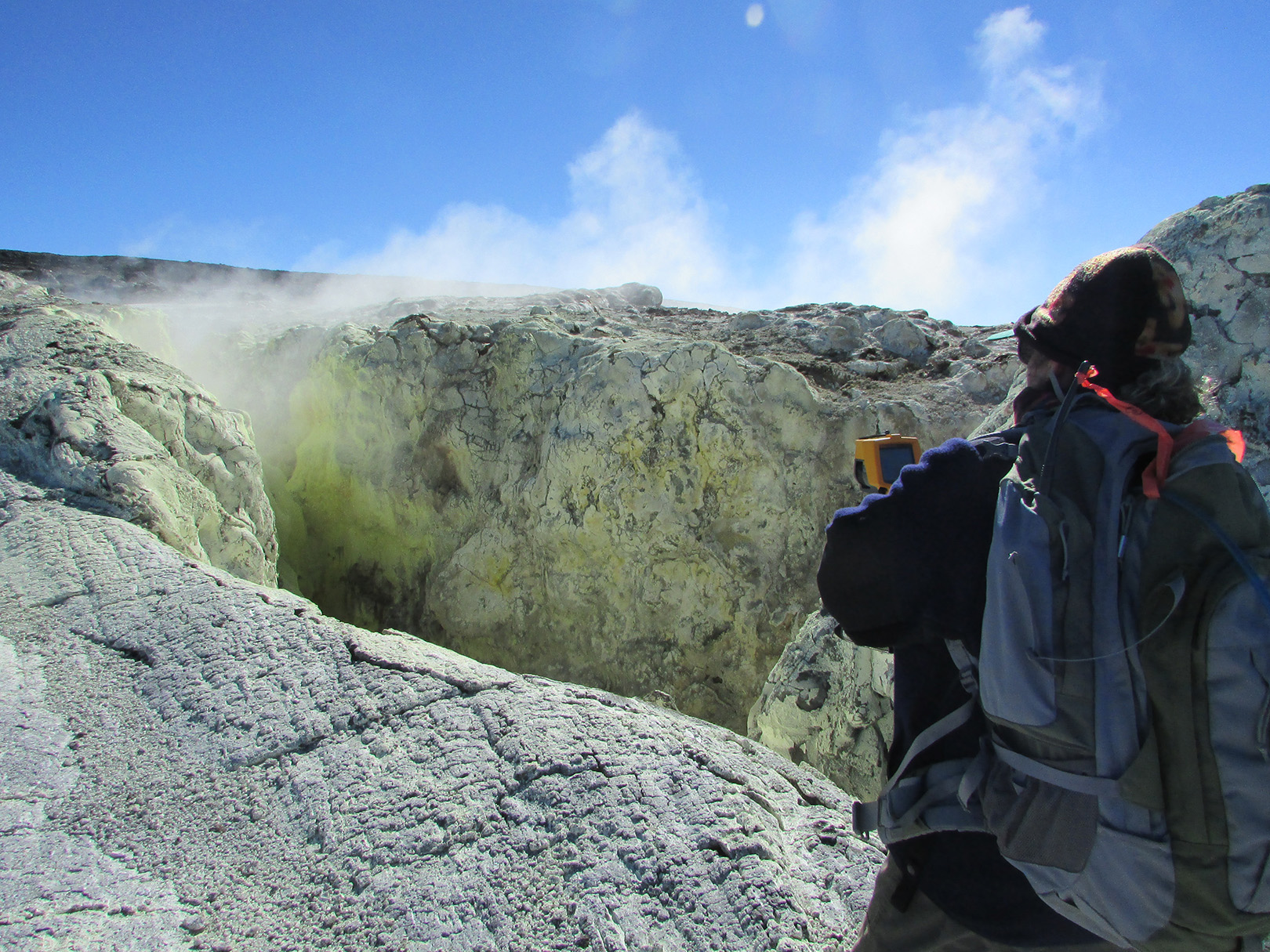 Mauna Loa is not erupting, and while scientists say seismicity remains elevated above long-term background levels, no significant changes were recorded on the volcano over the past week.

Scientists search for the right “keys” to Mauna Loa

In September 2015, the USGS Hawaiian Volcano Observatory (HVO) raised the Volcano Alert Level for Mauna Loa from “normal” to “advisory” because of increased activity beneath the mountain’s summit caldera and upper Southwest Rift Zone (SWRZ). Importantly, the “advisory” level does not indicate that an eruption is imminent or certain. Rather, it means that one or more monitoring data streams are recording activity significantly above background levels. At the same time that earthquake rates increased, sensitive Global Positioning Satellite (GPS) instruments and satellite radar systems (InSAR) recorded ground swelling, which indicated that magma was moving into shallow levels beneath the volcano (a process called “inflation”).

One of the many valuable lessons that Kīlauea and Mauna Loa have taught us is that it’s important to use all our volcano monitoring “keys”—geophysical, geological, and geochemical—to help unlock the subsurface processes that cause changing activity. To continue the analogy, volcanologists have also found that, unfortunately, not all volcanoes are “keyed” alike—indicators of activity on one volcano do not always apply to another one.

Mauna Loa’s renewed activity, especially the recent earthquake and deformation changes, has HVO scientists polishing old keys while developing new ones that were technologically inconceivable prior to the volcano’s most recent eruption in 1984.

Another key currently under enhancement is gas geochemistry.

Many kilometers (miles) deep within a volcano, gases, including carbon dioxide (CO2), sulfur dioxide (SO2), and water, are trapped in the magma by the intense pressure, which keeps the gases dissolved. Because magma is hotter, and thus more buoyant, than the surrounding rock, it rises towards the surface. As this happens, pressure on the magma decreases because there is less material on top of it. This decrease in pressure, especially at the shallow depths of just a few kilometers (a mile or so) below a volcano’s summit, allows some of the trapped gas to escape. These released gases are hot and buoyant and can reach the ground surface well before their host magma.

Volcanic gas studies take advantage of pre-eruptive gas release to provide clues about what might be happening at depth. HVO has one gas monitoring station in Mauna Loa’s summit caldera that continuously measures the concentrations of CO2 and SO2, as well as temperature, at the gas vent.

Over the next couple of months we hope to add another continuous gas monitoring site on Mauna Loa’s SWRZ, not far from where the earthquakes and inflation are currently concentrated.

Some years back, MLO scientists noted that, in addition to being able to track the steady rise in background atmospheric CO2, they were, under certain wind conditions, able to measure CO2 emissions from the volcano. In the current venture, HVO, Alaska Volcano Observatory, and MLO scientists will be monitoring Mauna Loa’s volcanic CO2 emissions more carefully alongside MLO’s world-class, continuous atmospheric data set.

As Hawaiʻi Island’s population grows, more people and infrastructure are potentially in harm’s way now than during past eruptions of Mauna Loa. At the same time, however, volcanologists and public safety officials have learned valuable lessons by studying eruptions around the globe. This increased knowledge, plus advancements in the volcano monitoring keys we use to detect and investigate restlessness, can help communities be safer during future eruptions.