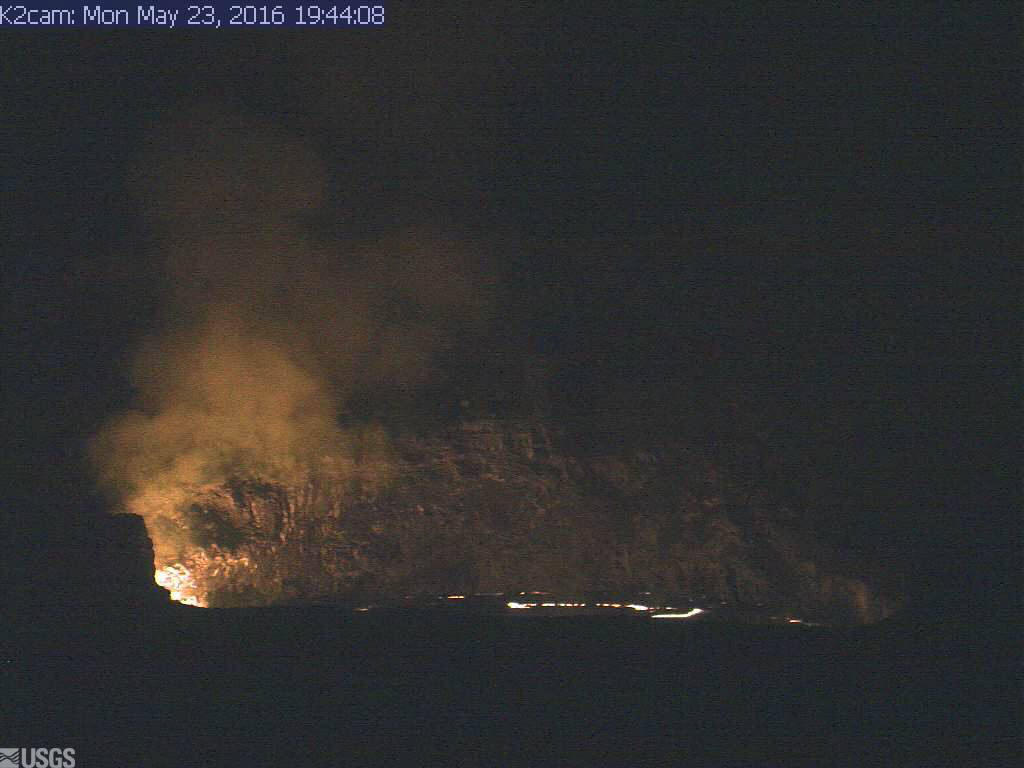 KILAUEA VOLCANO (BIVN) - The lava lake at the summit of Kilauea volcano has risen into view of webcams, and spatter can be seen from the overlook at Hawaii Volcanoes National Park. The incident coincides with continued inflationary tilt.

HAWAII VOLCANOES NATIONAL PARK, Hawaii – The lava lake within the Halemaʻumaʻu Overlook crater is within view of webcams and the Jaggar Museum overlook.

The lava lake level has been rising over the past few days, in concert with a continuing summit inflationary tilt.

Scientists measured the lava level at 95 feet below the Halema`uma`u crater floor yesterday afternoon, and the lake has risen several feet since that time. By Monday evening the lava could be seen splattering on USGS Hawaiian Volcano Observatory webcams (image above).

USGS says tremor fluctuations associated with lava lake spattering continued yesterday. Sulfur dioxide emissions from the summit vent ranged from 4,100 to 6,400 t/d during the past week, which is typical for active pond conditions.