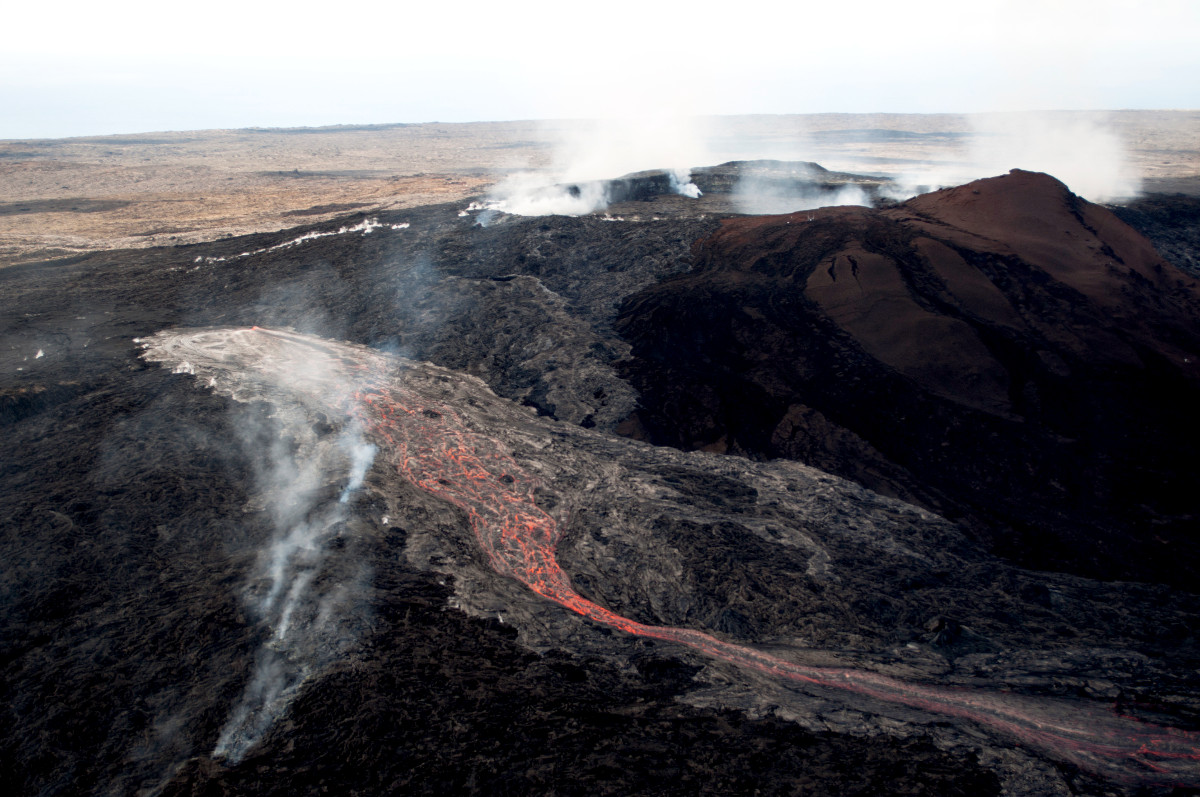 KILAUEA VOLCANO (BIVN) - The USGS Hawaiian Volcano Observatory has posted the first images of the new lava breakouts that erupted this morning on the flanks of Puʻu ʻŌʻō. Scientists say the new activity began around around 6:50 a.m.

HAWAII VOLCANOES NATIONAL PARK, Hawaii – Scientists have posted the first images of the new lava breakouts that began erupting this morning from the flanks of Puʻu ʻŌʻō.

The lava flows are situated close to the Puʻu ʻŌʻō cone. The two different flows broke out at around 6:50 a.m., in concert with sharp deflationary tilt on the East Rift on Kilauea volcano.

The larger of the two breakouts, shown in the USGS photo above, originated on the northeast flank of the cone, at the site of the vent for the ongoing June 27th lava flow. Scientists say this breakout point fed a vigorous channelized flow that extended about 0.6 miles. This lava flow had not extended beyond the existing Puʻu ʻŌʻō flow field as of 8:30 a.m., the time the photos were taken. 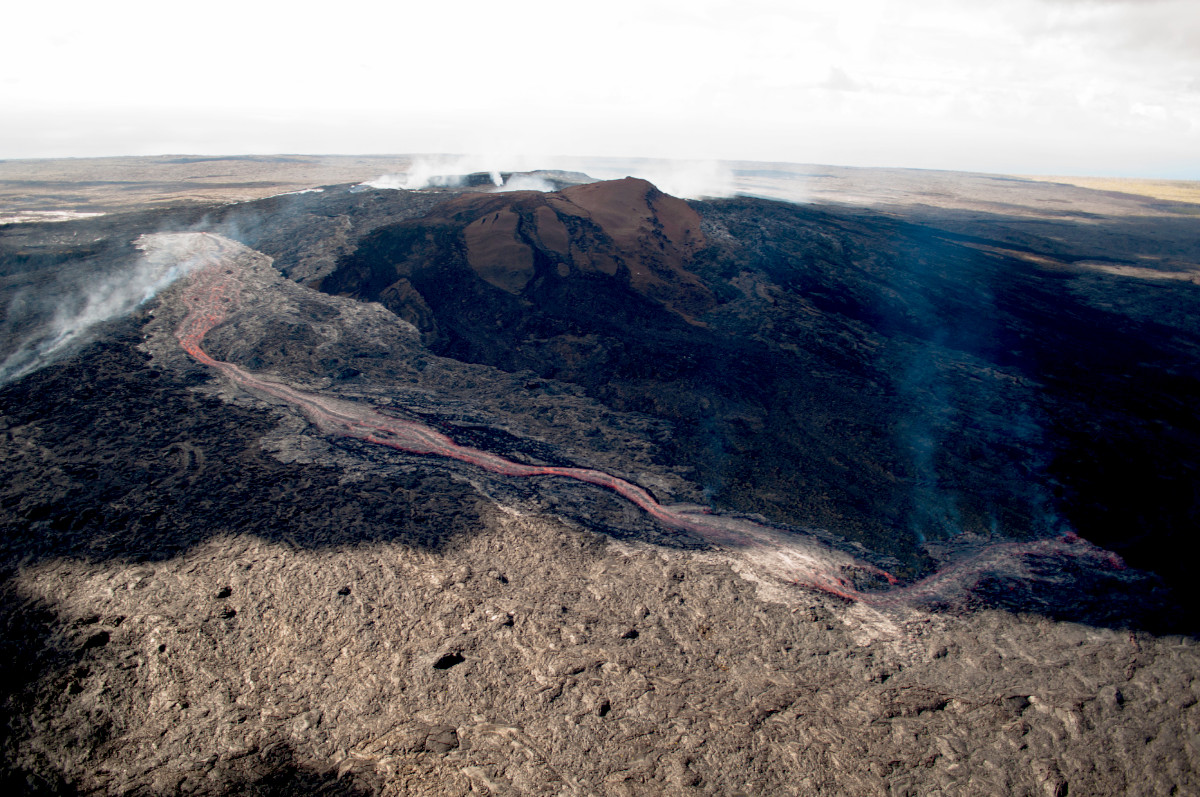 USGS poto: A wider view of the larger breakout traveling down the north flank of Puʻu ʻŌʻō, towards the northwest. This photo was taken at about 8:30 a.m.

The other breakout occurred just east of Puʻu ʻŌʻō, about 0.3 miles from the crater, in the area of the “Peace Day” flow that broke out in September 2011. Scientists say this second breakout was smaller than the one on the northeast flank, but was still feeding an impressive lava channel. 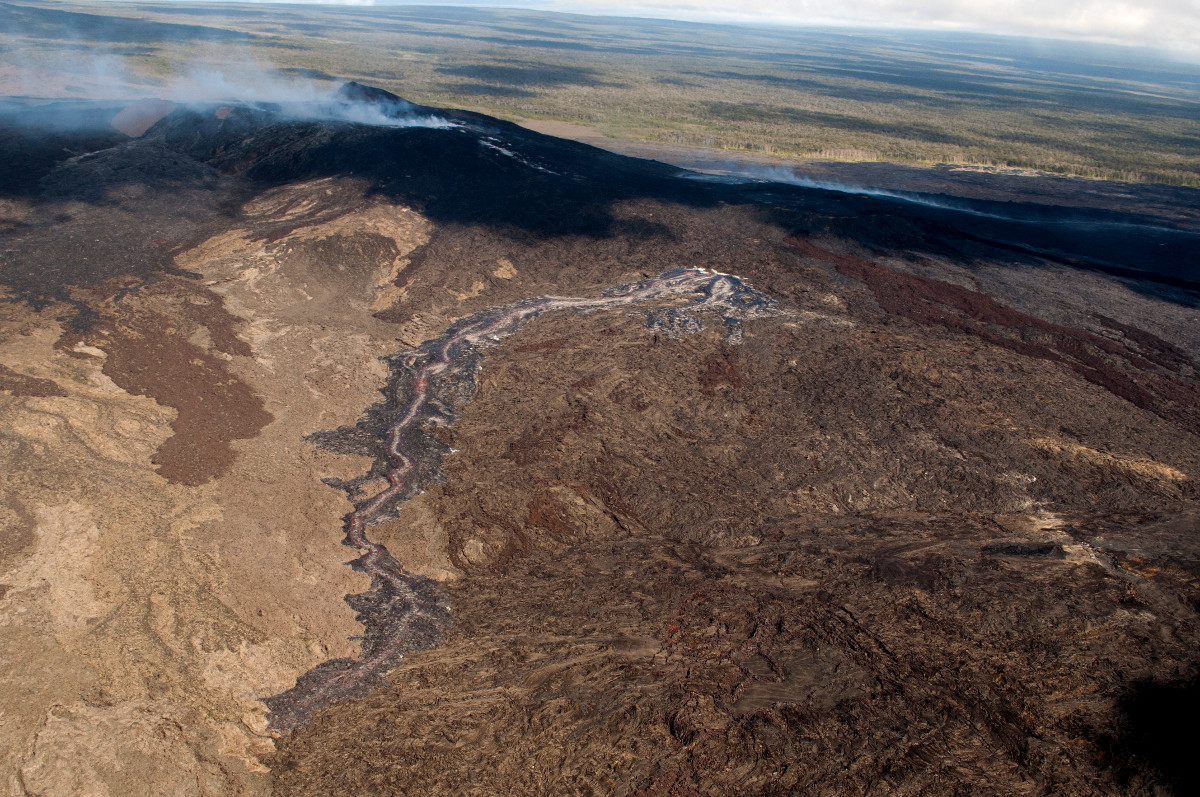 USGS photo: The smaller breakout on the east side of the cone. At the time of this photo (8:30 a.m., HST), this flow was about 700 m (0.4 miles) long and traveling towards the southeast.