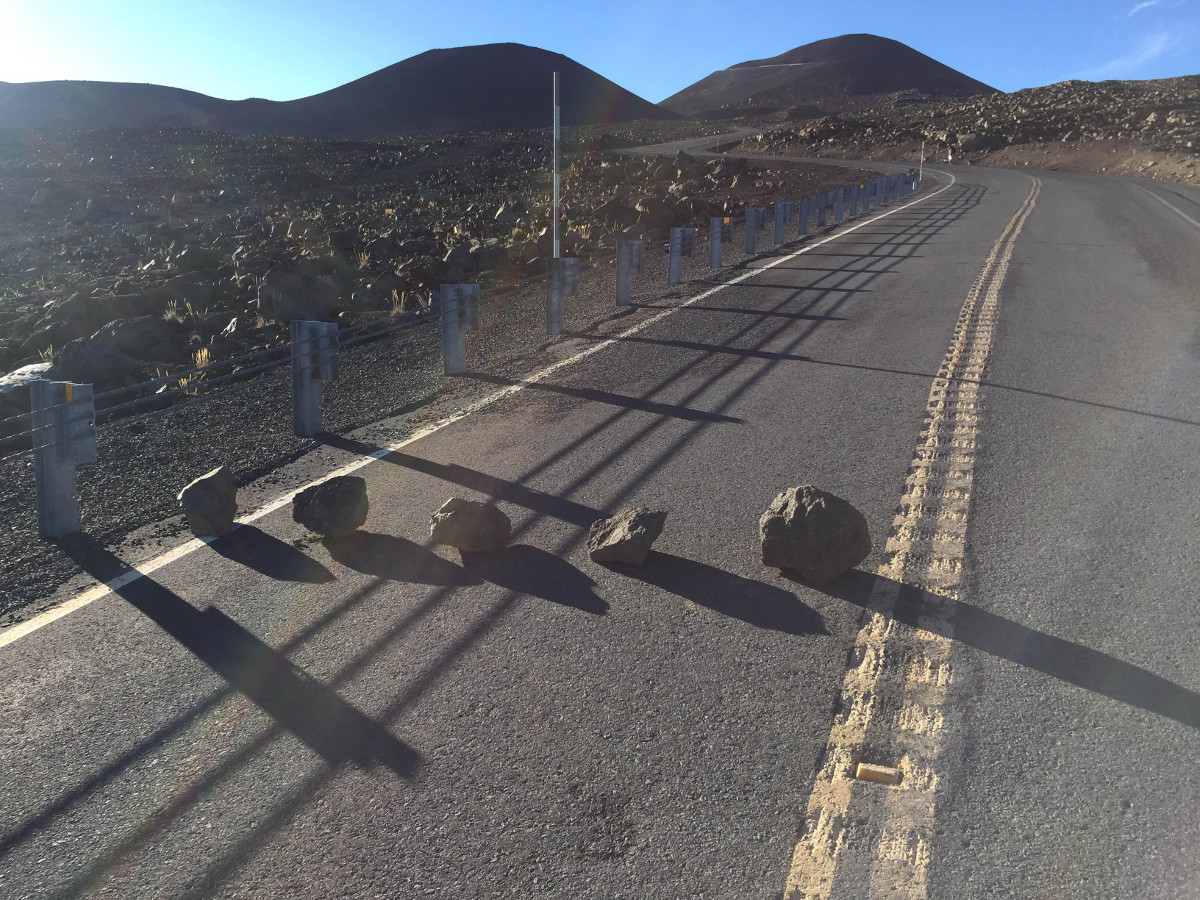 MAUNA KEA (BIVN) - Another controversy has erupted over a new set of rocks placed on the Mauna Kea Access Road, and the state is circulating a picture of a "person of interest".

MAUNA KEA, Hawaii – Rocks placed on the Mauna Kea Access Road on May 16 have rekindled tensions on the mountain, as state conservation officers seek a person of interest spotted on a Visitor Information Center camera.

The DLNR says the most recent rock placement happened at the 5.5 mile marker of the summit road, at the 12,500 foot level (photo above).

“The rocks created a potential safety hazard as they were placed in the downhill lane, in the middle of a sharp right hand corner,” DLNR officials said in a media release.

DLNR Division of Conservation and Resources Enforcement officers interviewed workers on Mauna Kea, who reported seeing a man in the area just before and after rocks appeared on the road.

On Tuesday, DLNR released photos taken by a Hale Pohaku Visitor Center security camera showing a shirtless man carrying a plastic gallon container and walking uphill along the road. DLNR says a telescope worker confirmed that this was the person they witnessed on the road at about the time the rocks were placed. 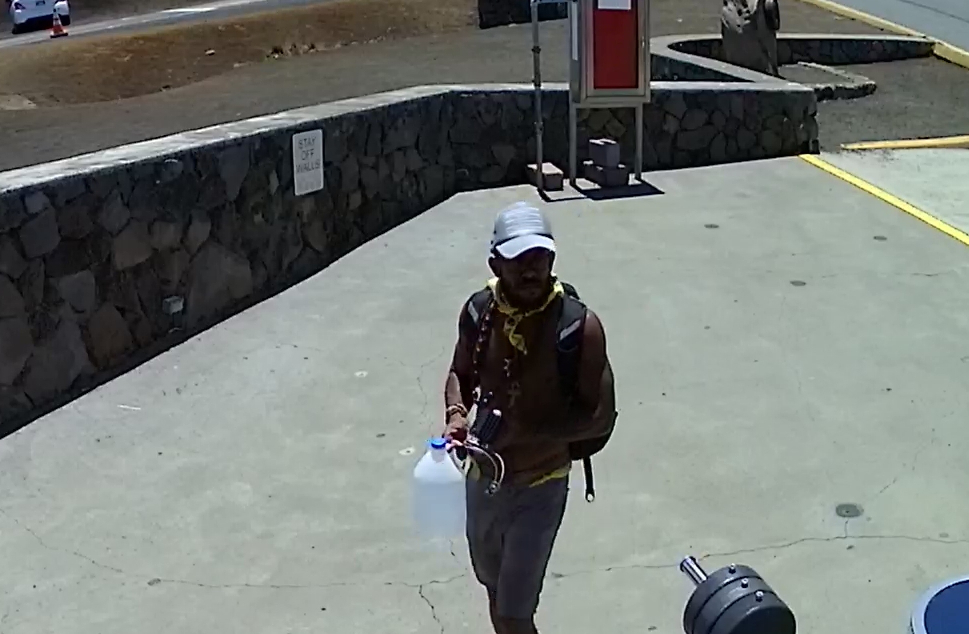 A photo taken on May 16 by a Hale Pohaku Visitor Center security camera captures the view of a “person of interest”, DLNR says.

The man in the photo is described as being between 5’5″ and 5’8”, with a slim build. He was seen wearing light-colored white to light gray-colored board shorts and slippers, with a black-colored backpack. He was carrying an opaque plastic container. The state says if anyone has information about this incident you are asked to contact DOCARE at 643-DLNR.

Even before the DLNR news release, the photo of the rocks blocking the road were circulated on social media, whipping up a firestorm of commentary. Many compared the incident to what happened last June, when the road was last blocked by rocks during the heated Thirty Meter Telescope standoff.

“PLEASE”, wrote Chris Stark, the We Support TMT Facebook group administrator. “Even if you are against science, astronomy, the TMT project, or whatever, don’t endanger innocent people. There is *NO* cause in these islands that is worth killing people for. This type of action does NOTHING to further sovereignty or the opposition to TMT.”

UPDATE: Kalani Flores, a cultural practitioner who does not support TMT, added his thoughts to the Facebook discussion over the photo. Flores agreed that the placement of rocks as shown in the picture could create a hazardous condition, but told the pro-TMT group “there was no organized gathering of protectors on the Mauna that day.”

“As with with everything in life,” Flores concluded, “everyone is accountable for their own actions – including whoever placed the rocks on the road – whoever that might be – TMT supporter or non-supporter. So it is. Malama pono.”