HAWAII VOLCANOES NATIONAL PARK – Scientists with the USGS Hawaiian Volcano Observatory took a helicopter flight over two new lava breakouts on the flanks of Puʻu ʻŌʻō this morning, and have returned with video and maps plotting the path traveled by of the flows.

This new USGS map shows the extent of the new lava flows, based on aerial photos that were taken at 8:30 a.m. USGS map: The new breakouts had not extended beyond the boundary of the Puʻu ʻŌʻō flow field at the time the photos were taken, and neither lava flow currently poses an immediate threat to nearby communities, scientists say.

Meanwhile, for a live look at the breakout on the east flank, USGS adjusted their PWcam to point northeast in order to follow one of the two new lava flows. 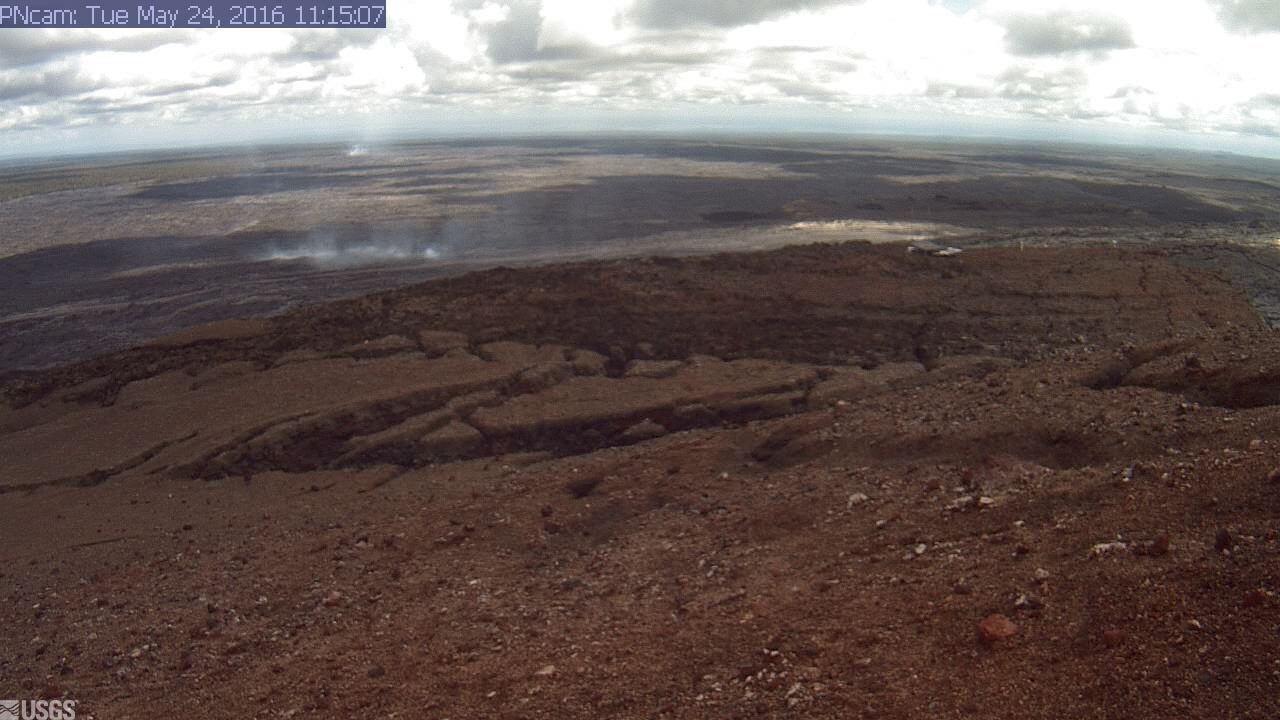