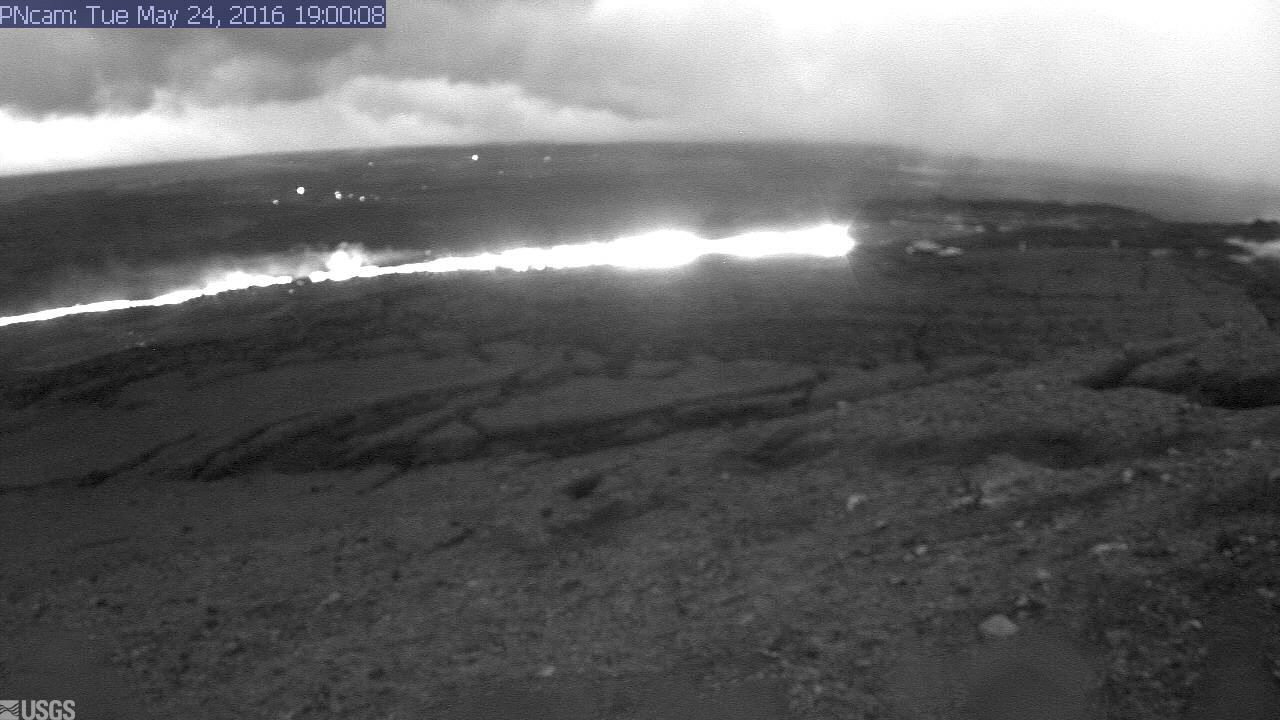 KILAUEA VOLCANO (BIVN) - The new lava breakouts that erupted yesterday from the flanks of Puʻu ʻŌʻō are still active but have not advanced significantly, scientists report today.

HAWAII VOLCANOES NATIONAL PARK, Hawaii – The two new lava flows that erupted yesterday morning from the flanks of Puʻu ʻŌʻō are still active but have not advanced significantly.

The USGS Hawaiian Volcano Observatory conducted an overflight this morning at 8:30 a.m. They say the lava flow originating from the northeast flank of the cone, at the site of the June 27th lava flow, currently consists of a channelized flow that has made a new 0.6 mile long lobe flowing toward the northwest. 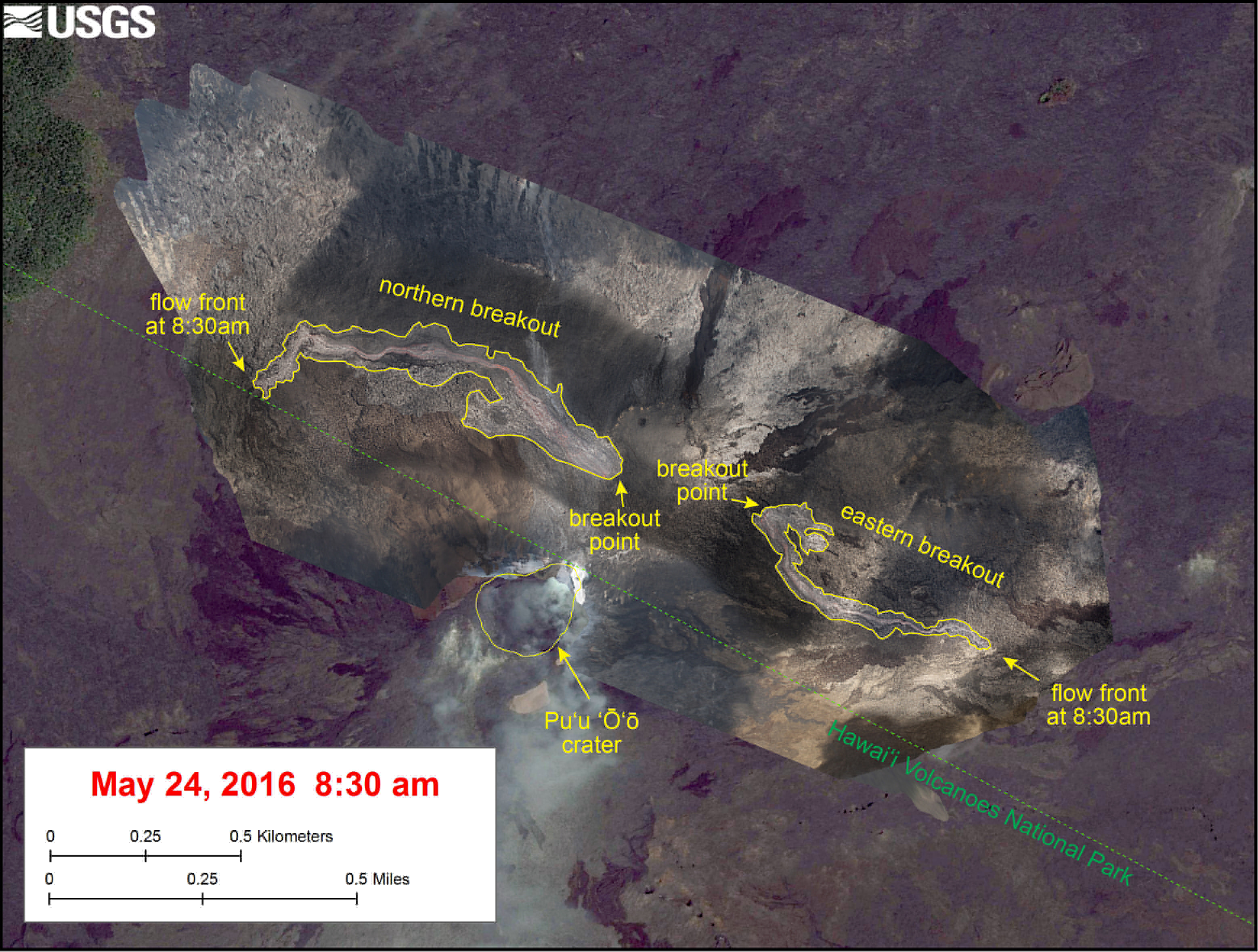 USGS map: The new breakouts had not extended beyond the boundary of the Puʻu ʻŌʻō flow field at the time the photos were taken, and neither lava flow currently poses an immediate threat to nearby communities, scientists say.

“The original branch, which was flowing in a more west-northwest direction, was stalling,” scientists reported.

The other lava flow that broke out east of the cone in the area of the 2011 “Peace Day” flow, is also still active but has not advanced significantly. 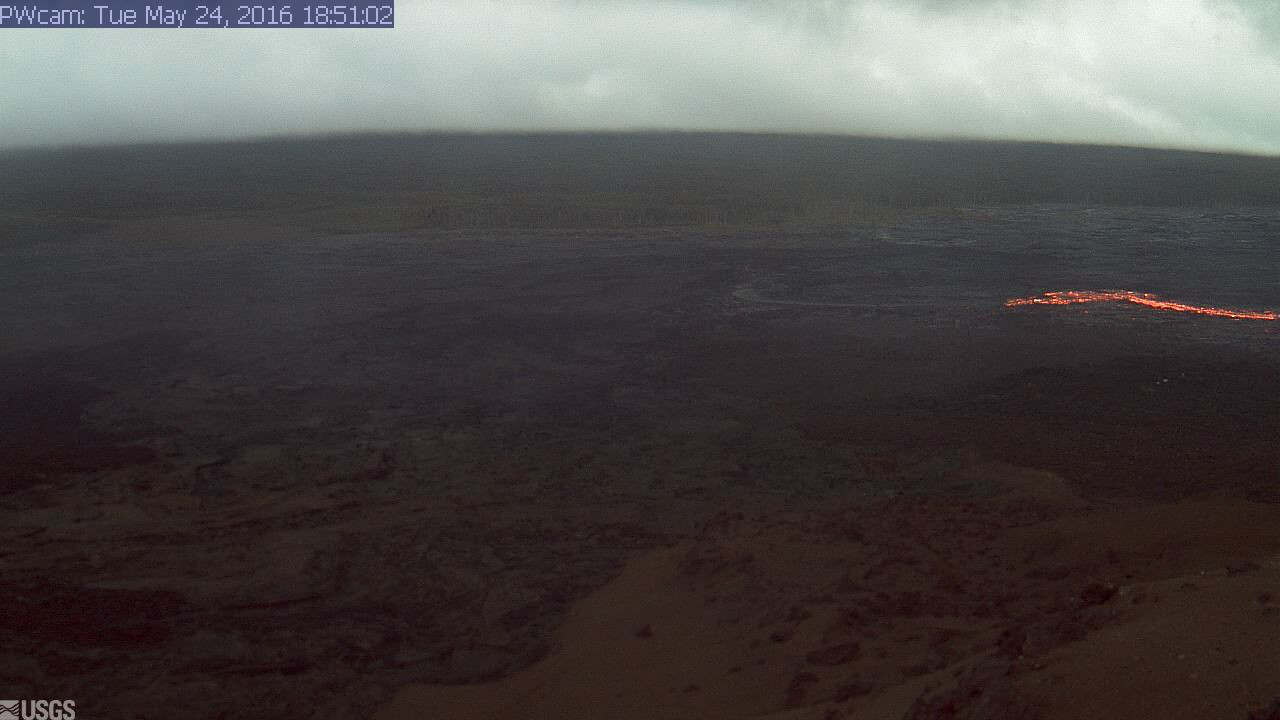 Neither lava flow had extended beyond the existing Puʻu ʻŌʻō flow field at the time of this morning’s overflight, USGS says.

Deflationary tilt at Puʻu ʻŌʻō – which began with a sharp drop yesterday morning as the new lava activity began – continued through yesterday, but little net change in tilt has been recorded since early this morning.

In a Civil Defense message issued yesterday evening, the new interim administrator Ed Teixeira assured the public that the current activity does not pose an immediate threat to nearby communities, “however, a glow may be seen at night.” 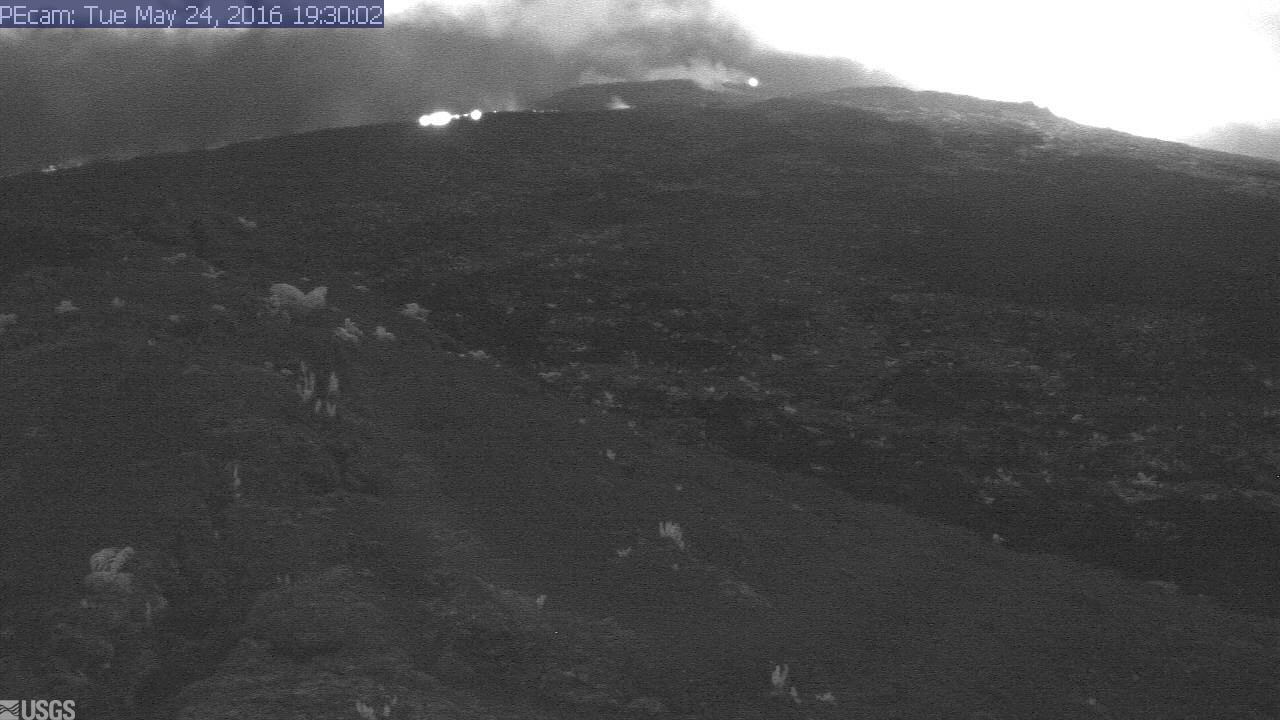 The Hawaiian Volcano Observatory and Hawai‘i County Civil Defense are monitoring the lava flow breakout closely, officials say. Residents and businesses downslope will be kept informed of its progress and any changes.