KILAUEA VOLCANO (BIVN) - Scientists flew over the new lava flows on Puʻu ʻŌʻō this morning, and have returned with new video and new photos. USGS has also created a new map that shows the breakouts in relation to nearby communities in Puna.

The two breakouts that began on the flanks of Puʻu ʻŌʻō on May 24 are still active, scientists report. “This morning, the active portions of both flows remained relatively short,” USGS wrote in a late afternoon update, “extending no more than 1 km (0.6 miles) from their breakout points. The northern breakout [shown in the video above] changed course slightly overnight, but is still directed towards the northwest in an impressive channel, with lava spreading out at the flow front.” 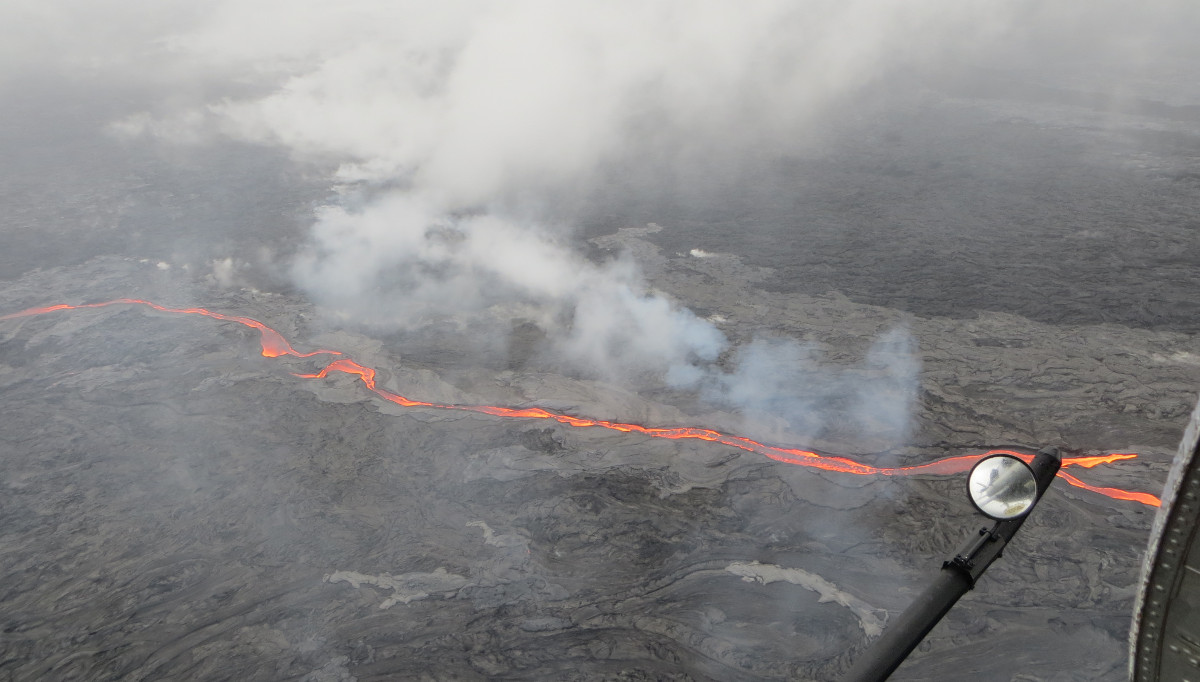 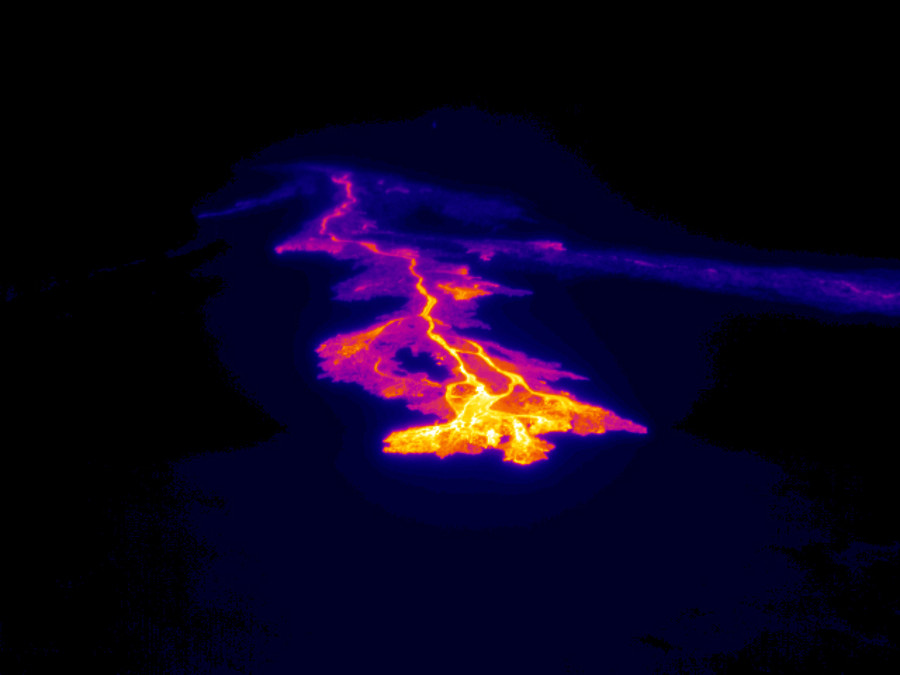 In this USGS thermal image of the northern breakout, scientists say the active lava channel and flow front are clearly revealed as bright yellow and pink colors. The channel that was active yesterday, but now stagnate, is visible as a bluish-purple line to the right of today’s active flow.

The flow front on the second flow from the eastern breakout on Puʻu ʻŌʻō has stalled. The lava flow is in the area of the “Peace Day” flow that broke out in September 2011 and remained active as of this morning. USGS measured its total length at about 0.75 miles long. This lava flow was slowly spreading laterally. 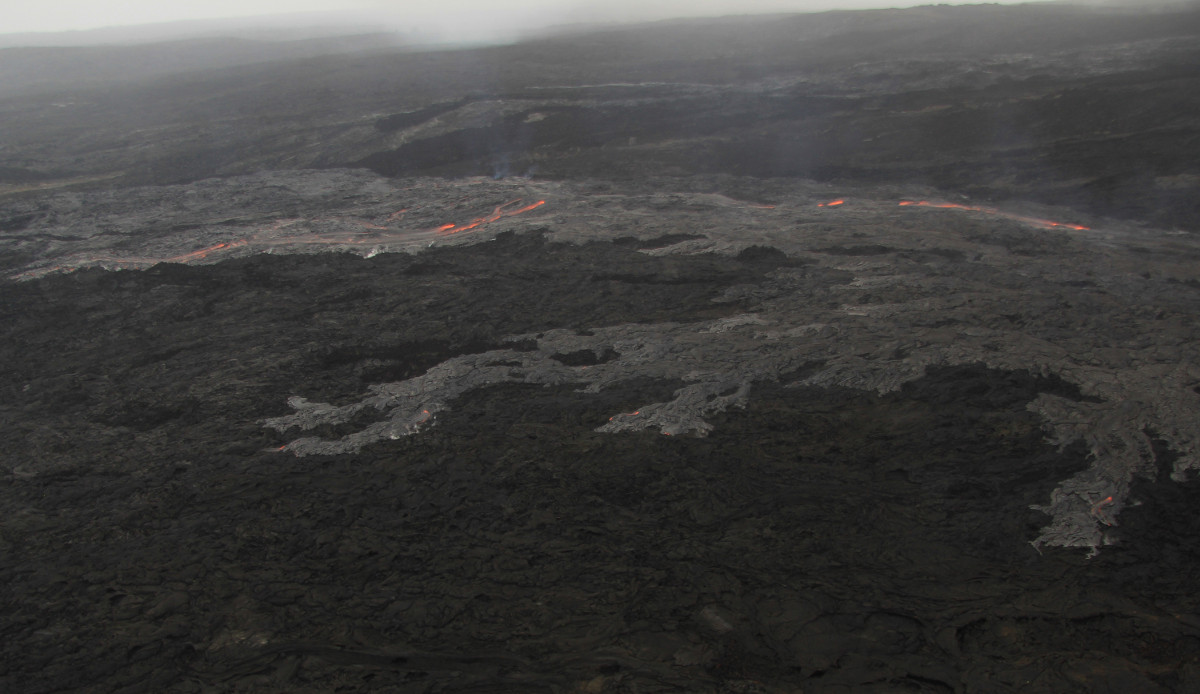 USGS photo: The eastern flnk breakout has not advanced significantly since yesterday, but it is slowly widening.

USGS HVO posted this new map showing where all the new breakouts are in relation to Puʻu ʻŌʻō and the greater Puna community. The scientists say the flows are not currently threatening any nearby communities. 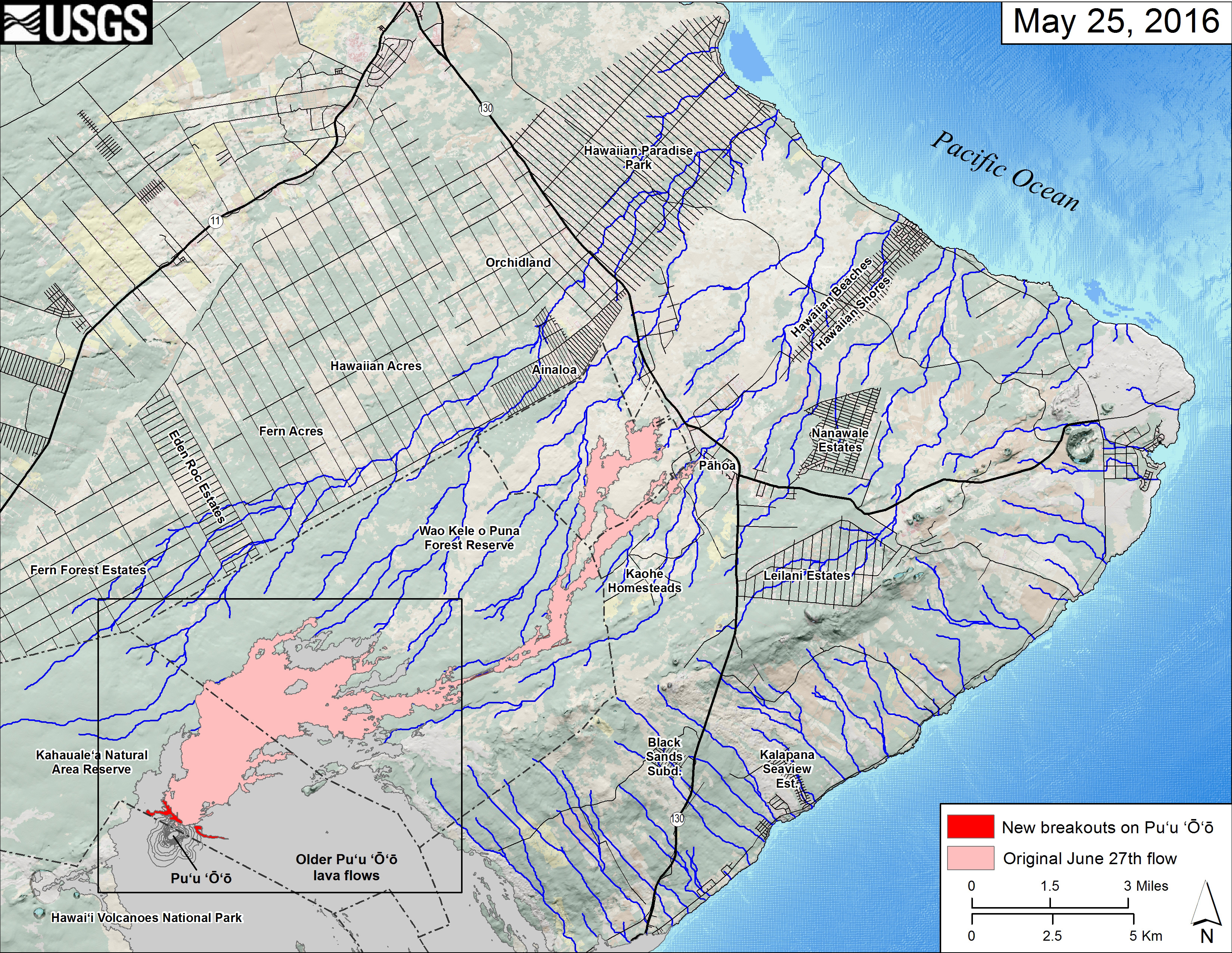 This small-scale USGS map shows Kīlauea’s active East Rift Zone lava flow field in relation to the eastern part of the Island of Hawaiʻi. USGS says the new breakouts from Puʻu ʻŌʻō that began on May 24 are shown in red, as mapped on May 25. The area of the original June 27th lava flow field is shown in pink, as last mapped in detail on May 9. Puʻu ʻŌʻō lava flows erupted prior to June 27, 2014, are shown in gray. The black box shows the extent of the accompanying large scale map. Click for a closer view. 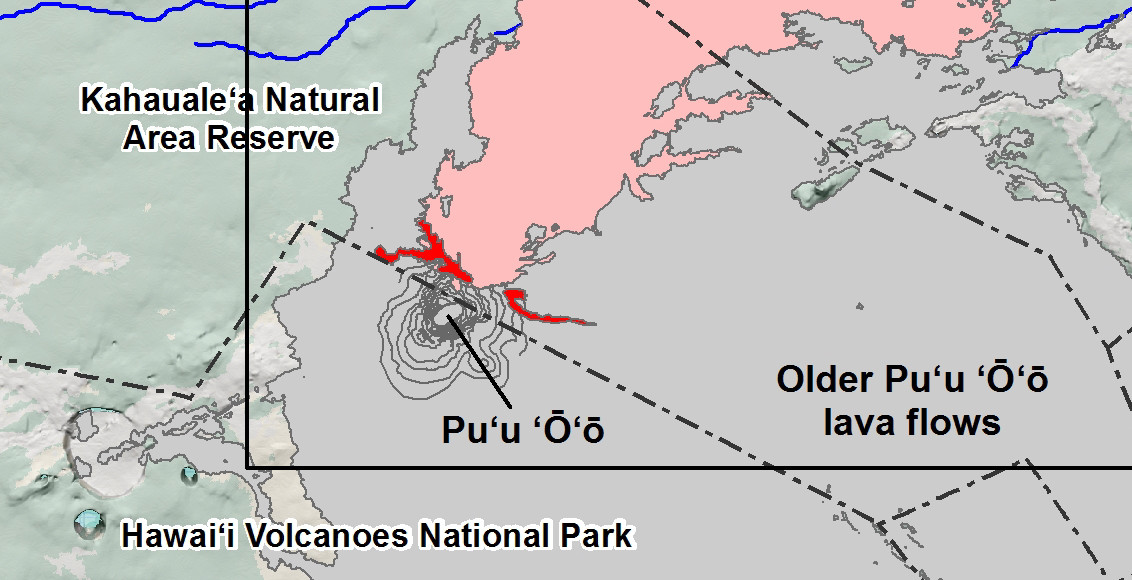 Close-up inset of the USGS map above.