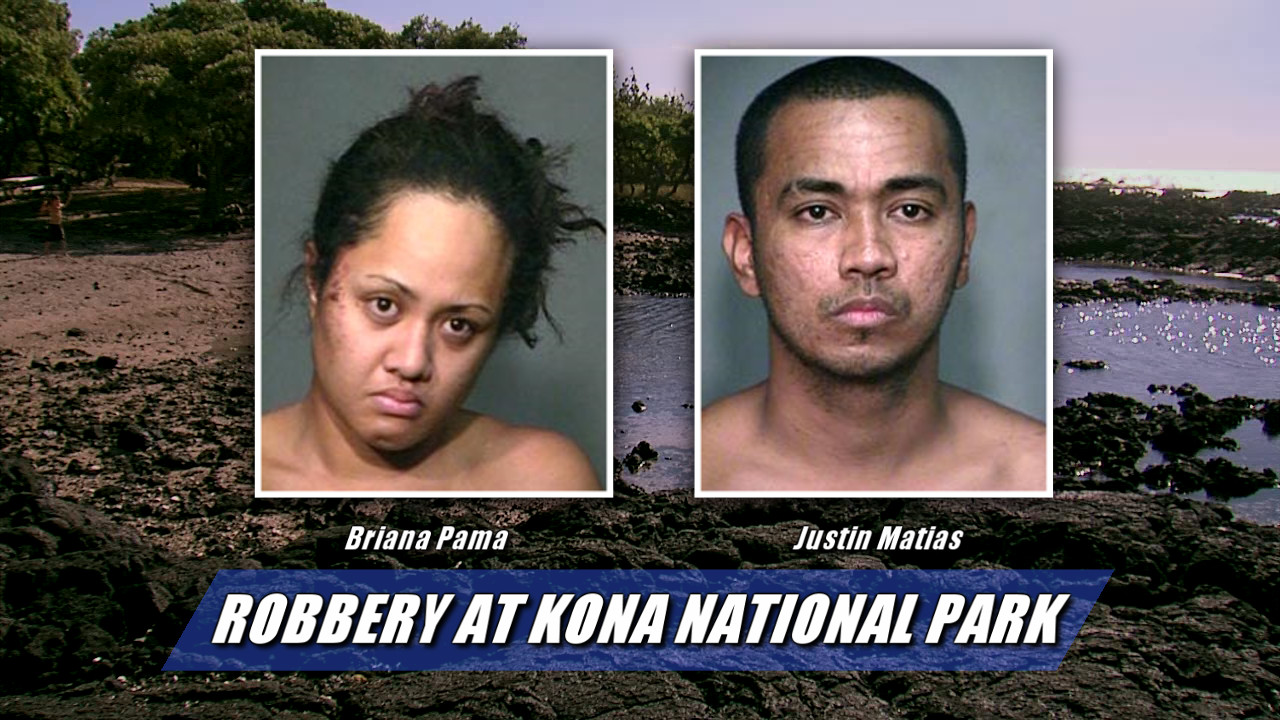 KONA (Hawaii) - A 25-year-old man from Bellaire, Texas said he was punched in the face at Koloko-Honokōhou National Historical Park, and his belongings taken. The search led police to Kealakekua Bay.

KONA, Hawaii – Two people were arrested on Saturday in Kealakekua, following the alleged robbery of a Texas man the day before at Koloko-Honokōhou National Historical Park.

Police say that on Friday evening (May 27), a 25-year-old man from Bellaire, Texas was punched in the face at the park’s fish pond, after he was confronted by a local man who had allegedly been rummaging through the victim’s bag. The assailant fled with the victim’s cellular phone and prescription glasses, police say.

Police found a black Chevrolet Cruze parked in the area that was reported stolen from a rental car company in Kailua-Kona. “While the officers were at the scene,” a police media release describes, “a white Chevrolet Impala approached the area and the officers attempted to stop it to speak with its occupants. The driver fled southbound on Queen Kaʻahumanu Highway. Officers determined that the Impala had been stolen from the same rental car company.”

The search for the Impala led police to Kealakekua Bay, where on Saturday (May 28) Kona Patrol officers located the stolen vehicle in a parking lot in Napoʻopoʻo. Police learned 23-year-old Briana Pama of Kealakekua had been driving the Impala and that 27-year-old Justin Matias of Kailua-Kona had been her passenger.

Pama and Matias were arrested and taken to the Kona police cellblock. Police say their further investigation determined that Matias was responsible for the robbery. Police recovered the victim’s cell phone and the keys to the stolen Cruze.

On Monday morning, detectives charged Pama with resisting arrest and two counts of unauthorized control of a propelled vehicle. Her bail was set at $4,500. She was released after posting bail.

Matias was charged with robbery and two counts of unauthorized control of a propelled vehicle. His bail was set at $45,000. He remained at the cellblock until his initial court appearance today.