KILAUEA (BIVN) - The supply of fresh lava to the June 27th flow may have ceased, while the southeast moving flow continues towards Pūlama pali. Gologist Tim Orr talks about the floor of Puʻu ʻŌʻō.

HAWAII VOLCANOES NATIONAL PARK – The June 27 lava flow may no longer be active, while the other lava flow on the east flank of Puʻu ʻŌʻō has traveled nearly two miles to the southeast, halfway to the top of Pūlama pali.

Geologist Tim Orr talks about the subsidence of Puʻu ʻŌʻō floor in the video above, filmed last week. Since then, scientists have observed additional changes on the flow field. 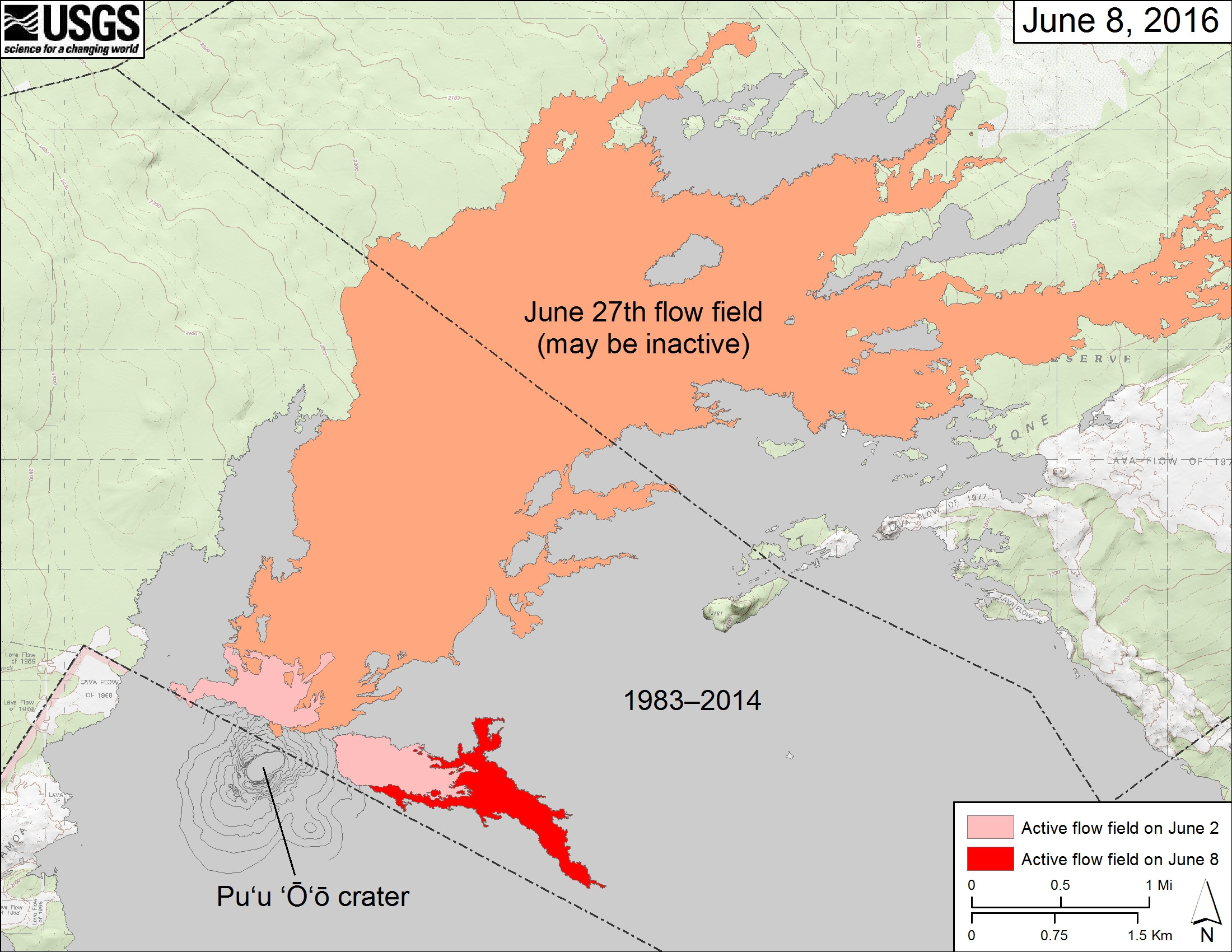 This USGS map shows “recent changes to Kīlauea’s active East Rift Zone lava flow field. The area covered by the June 27th flow (which may be inactive) as of June 2 is shown in orange. The areas covered by the recent breakouts at Puʻu ʻŌʻō as of June 2 are shown in pink, while widening and advancement of the new breakouts as mapped on June 8 is shown in red. The northern breakout is inactive. Puʻu ʻŌʻō lava flows erupted prior to June 27, 2014, are shown in gray. Puʻu ʻŌʻō is at lower left.”

An HVO overflight yesterday “found no active surface lava on the June 27th flow field north of the East Rift Zone, though some small breakouts may have been overlooked.”

Scientists say they will continue to watch this area over the coming days, and “the more time that passes without active lava in this part of the flow field, the more likely it is that the supply of fresh lava to the June 27th flow has ceased.”

Of the two lava flows that broke out on May 24, only the pāhoehoe lava flow that emerged from the east flank was still active yesterday. The flow continues to advance southeast in the direction of the pali and – beyond that – the ocean. An HVO webcam has been deployed to monitor the new southeast flow. 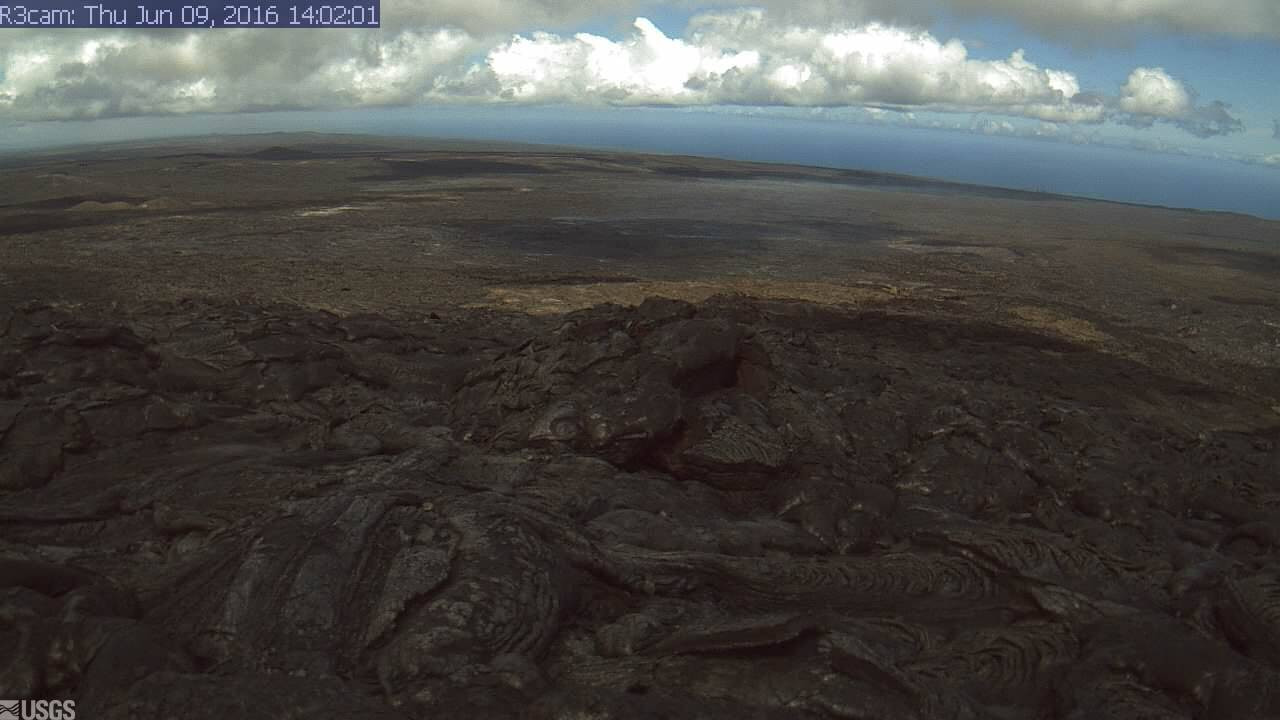 This USGS image is from a research camera positioned on the southeast flank of Puʻu ʻŌʻō, looking toward the active flow advancing to the southeast. The breakout point is at the left edge of the image, and the mid-field skyline at the right is roughly coincident with the top of the pali. See it live here.