HILO (BIVN) - After the Hilo statue was vandalised in 2015, the community rallied to fix the iconic landmark. On Friday, Kamehameha was ready for the 20th annual lei draping ceremony in honor of the King's holiday.

HILO, Hawaii – The annual lei draping ceremony was held at the statue of King Kamehameha in Wailoa State Park on Friday.

This year was an extra special event. Not only was it the 20th annual Ka ‘Ahulei O Kamehameha, but it was also the first King Kamehameha Day ceremony to be held at the statue since it was vandalized last year during Labor Day Weekend.

The statue’s bronze ‘ihe, or spear tip, was broken off and later recovered in the bushes nearby. Police arrested William Roy Carroll III. In March, Carroll was found guilty of second- and third-degree theft and second-degree criminal property damage. 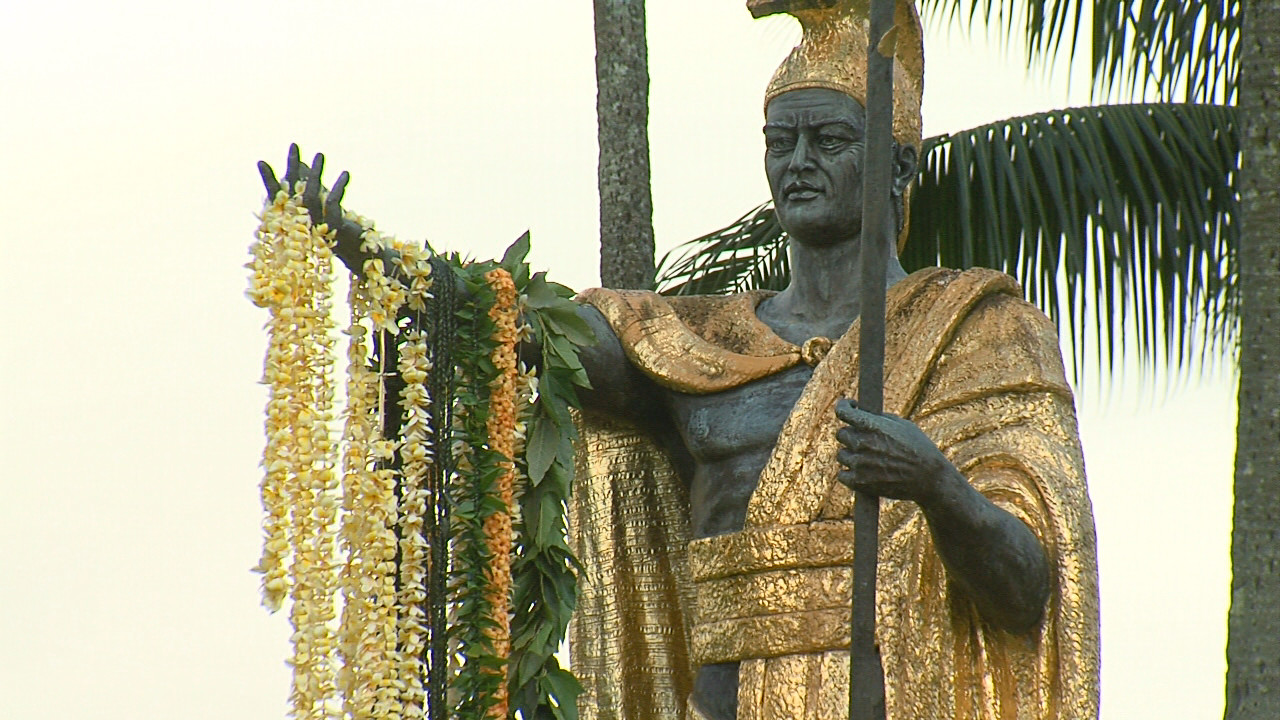 The statue of King Kamehameha was covered in lei on Friday.

During the Friday evening ceremony, Kamehameha Schools Alumni Association Secretary Robert Yamada spoke about the incident, and took the time to thank Wes and Aulani Hammond. Wes volunteered his expertise to repair the spear. 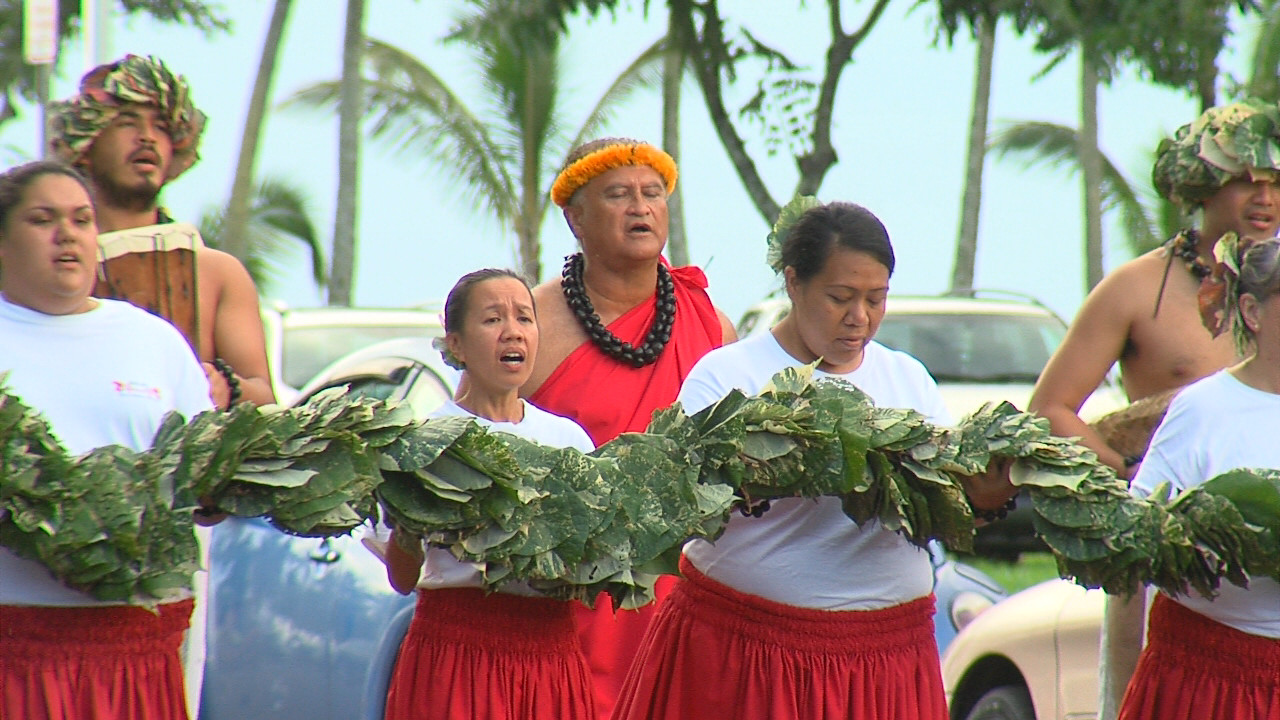 The Hawaii County Band provided the music. The keynote speaker for the event was Lehua Vincent, the KS-Hawaii High School Principal.

There are Kamehameha Day events planned for Saturday in North Kohala, Hilo, and Kailua-Kona. 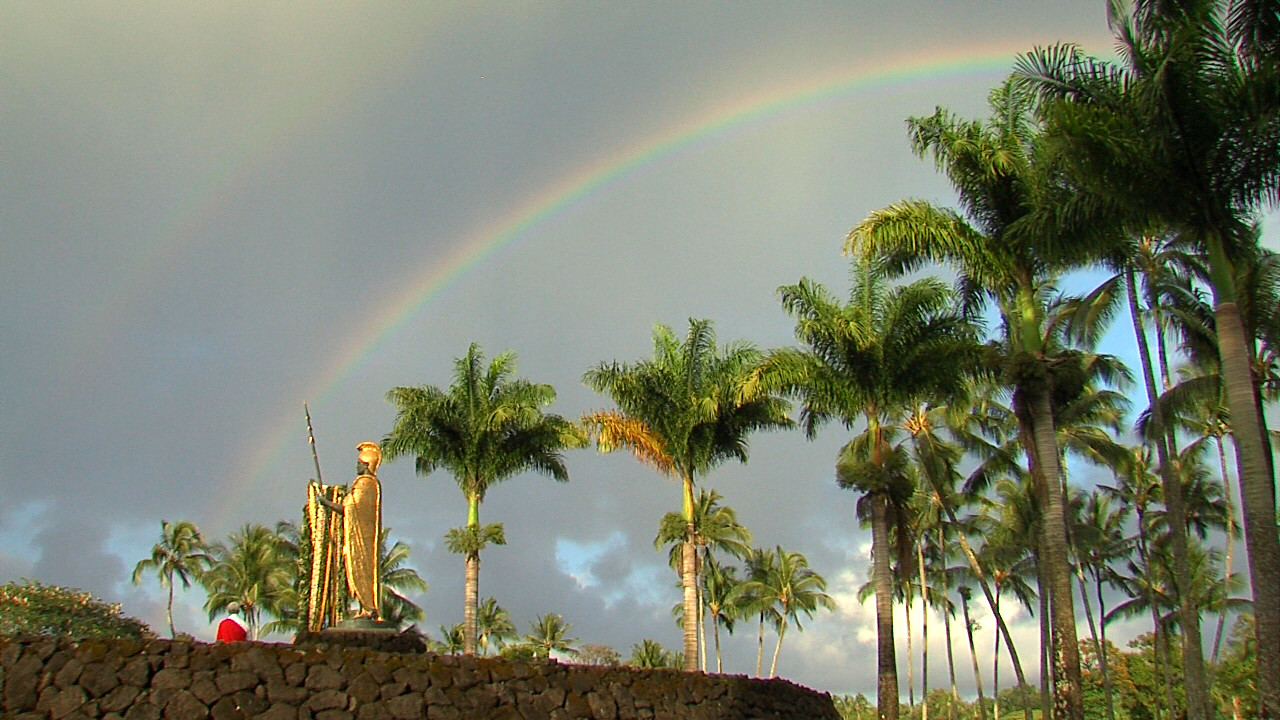 Anuenue over Kamehameha during Friday’s ceremony.