KILAUEA (BIVN) - Both the USGS Hawaiian Volcano Observatory and busy vulcanographer Mick Kalber have captured a new series of imagery, showing the advance of the lava to the southeast.

Scientists with the USGS Hawaiian Volcano Observatory say the lava flow is contained within topography of older Puʻu ʻŌʻō lava flows and is headed for the northwestern corner of the long-abandoned Royal Gardens subdivision.

The USGS is now referring to the lava flow as the “61g flow”, according to the most recent Volcano Watch article. The June 27 lava flow is no longer active.

The 61g flow was 2.7 miles long when mapped on Thursday. “Averaged over the past six days, the flow has been advancing at a rate of about 200 m (220 yards) per day,” USGS scientists reported. “At that rate, it will take about 10 days to reach the top of Pūlama pali, which is in the middle distance about 2 km (1.2 miles) farther downslope. The coastal plain and ocean are in the far distance.” 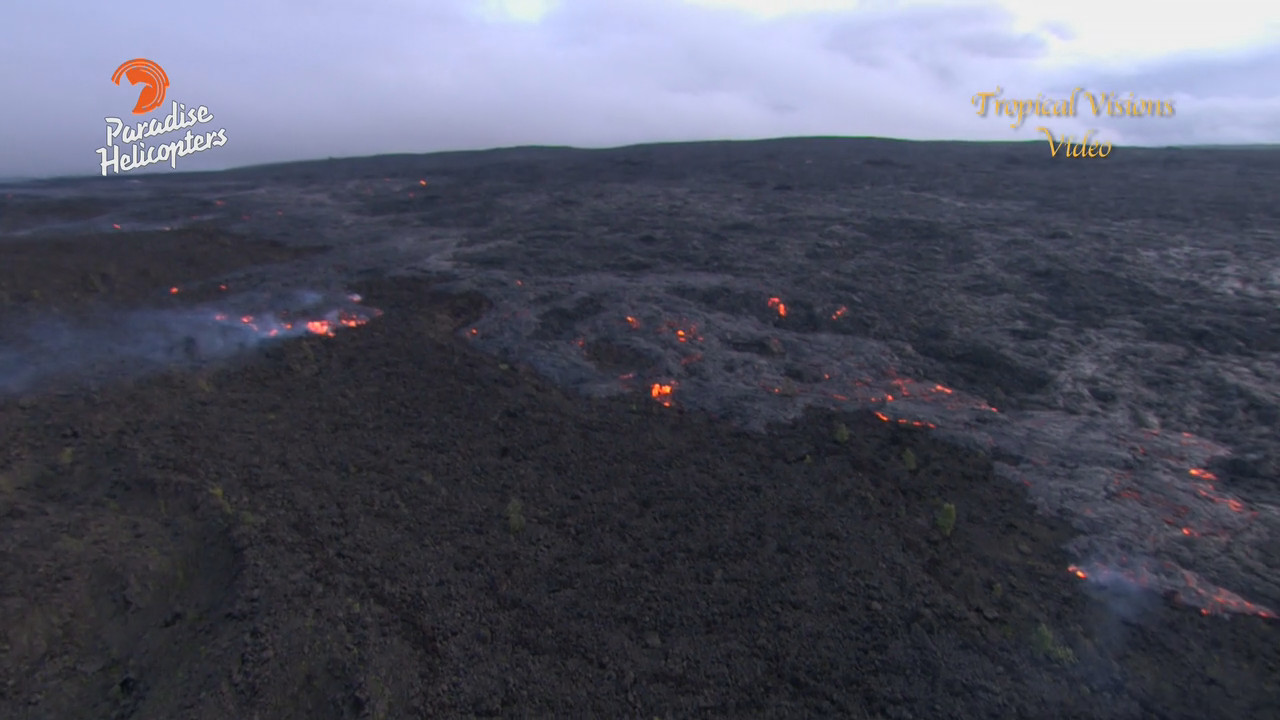 Video taken by Mick Kalber aboard a Paradise Helicopters flight shows the active flow creeping across some of the last-exposed ʻAʻā flows erupted from Puʻu ʻŌʻō in the 1980’s. 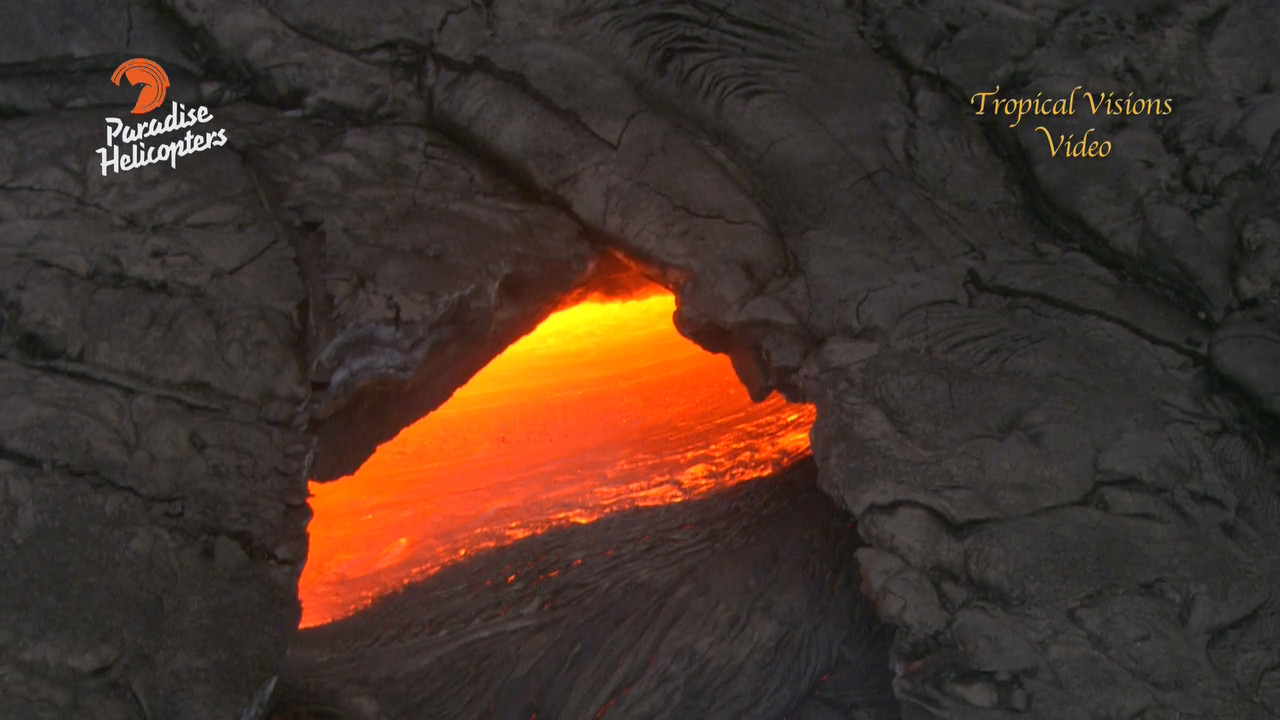 “Pele has dotted the flow field with numerous skylights and a great deal of surface lava,” Kalber wrote. “The multitude of outbreaks are mostly overplating and expanding the margins of the flow field, but there is a tremendous amount of lava being supplied to the flow, as evidenced by the skylights near the vent. Some of these breaks in the tubes show lava rushing by, while others are more sluggish. Pele apparently is feeding several tubes that carry lava downslope.” 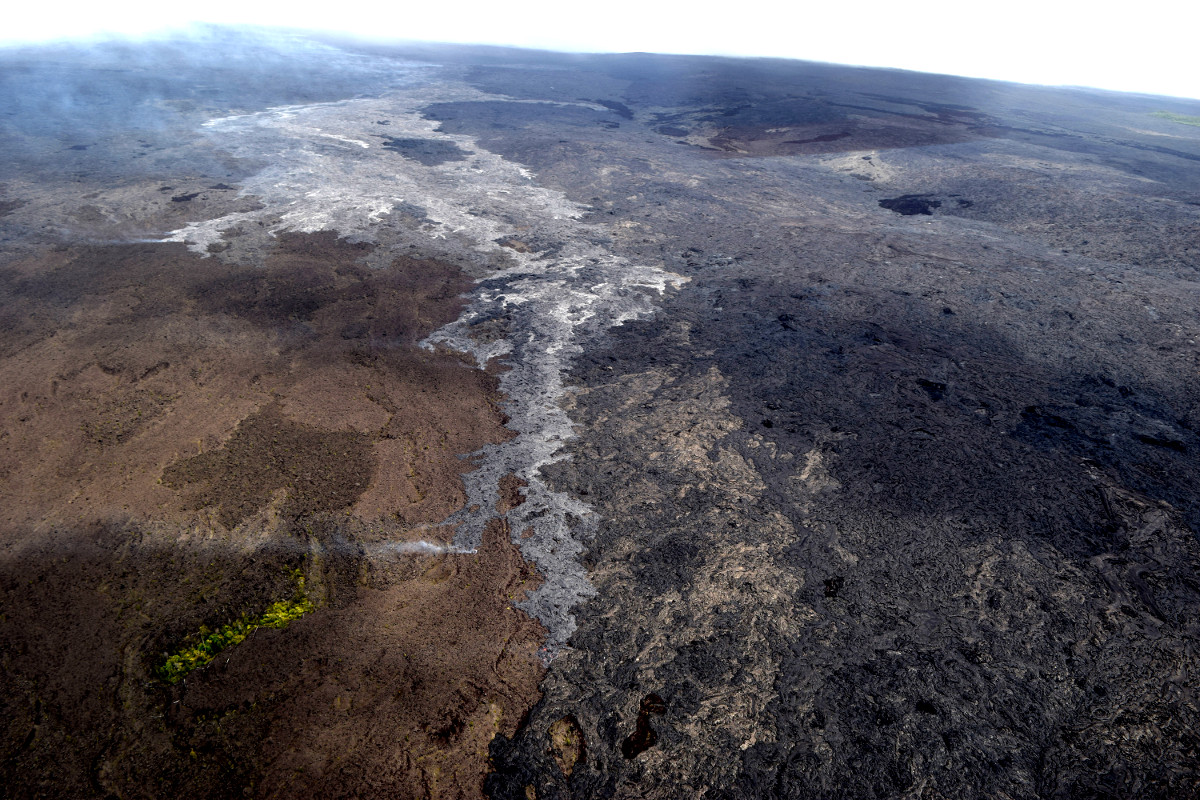 (USGS photo) This view is of the front of the active lava flow, looking upslope. Puʻu ʻŌʻō is partly obscured in the clouds at upper left. Most surface activity on the advancing flow is actually where the flow widens, upslope of the flow front.