HILO (BIVN) - Kahookahi Kanuha, arrested twice on Mauna Kea during the blockade of the Thirty Meter Telescope, has been approved to participate in the upcoming contested case hearing.

HILO, Hawaii – Kahookahi Kanuha is joining the list of 24 parties who will participate in the upcoming Thirty Meter Telescope contested case hearing. His request was granted by the hearing officer, Judge Riki May Amano, on Friday.

Kanuha was a spokesperson and one of the leaders in the effort to stop TMT from building the $1.4 billion dollar observatory on Mauna Kea. He was arrested twice during the access road blockades of 2015.

As a party to the contested case, Kanuha will be able to file motions and call witnesses.

In his May 11 written request to be admitted as a party in the contested case, Kanuha wrote: 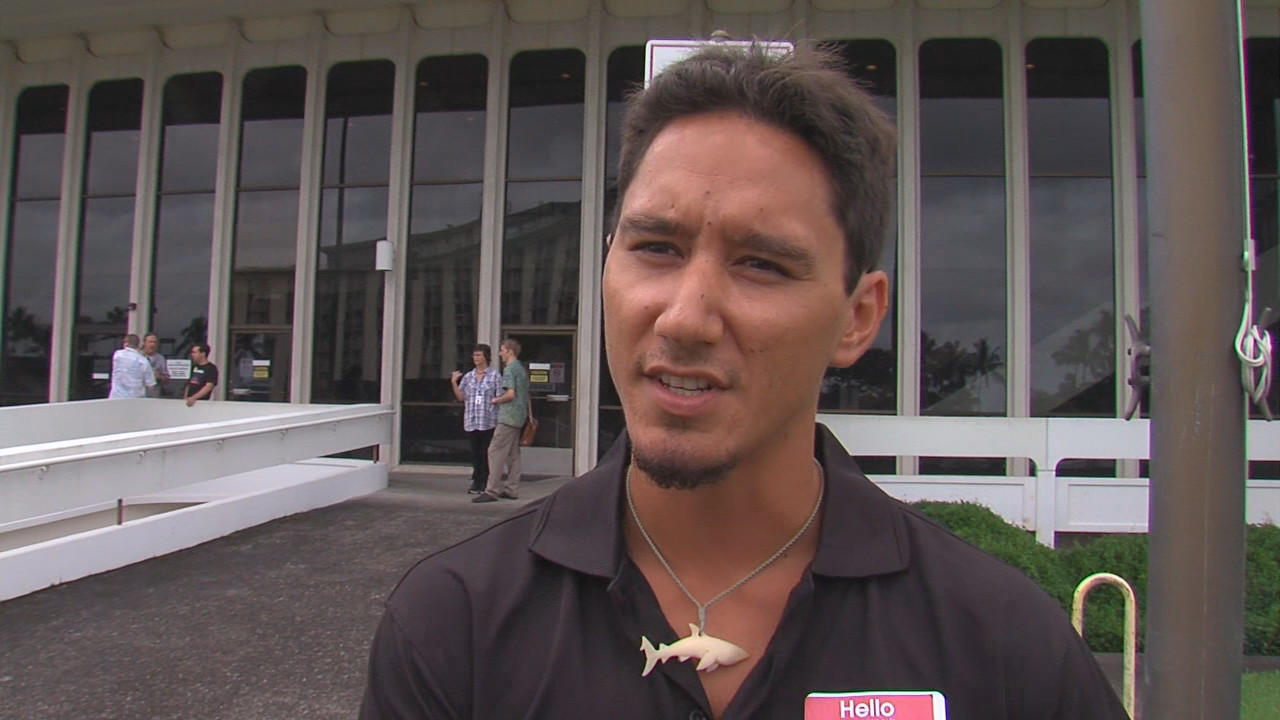 Mauna a Wakea, among many other things, is the symbol of the greatest Hawaiian movement in modem history. It is the pilco of Hawai’i and it is indeed the piko of the people of Hawai’i. I lived on Mauna a Wakea for four months in 2015 just as my ancestor bad done over 400 years ago. Mauna a Wakea is my kuleana. I am a descendent of ‘Umialiloa, ke ali’i noho manna, and I have been given the sacred responsibility to protect the sacred lands of my ancestors. I was arrested twice on Mauna a Wakea in 2015 for assuming my genealogical responsibility of protecting Mauna a Wakea. My first arrest was dismissed, but my second arrest went to trial. On January 8, 2015 I was found NOT GUILTY for obstructing the construction efforts of TMT and the State of Hawai’i. I am a lineal descendent of ‘Umialiloa and I conduct traditional and customary practices on Mauna a Wakea, specifically, in the exact area that TMT wishes to build it’s telescope.Kanuha request