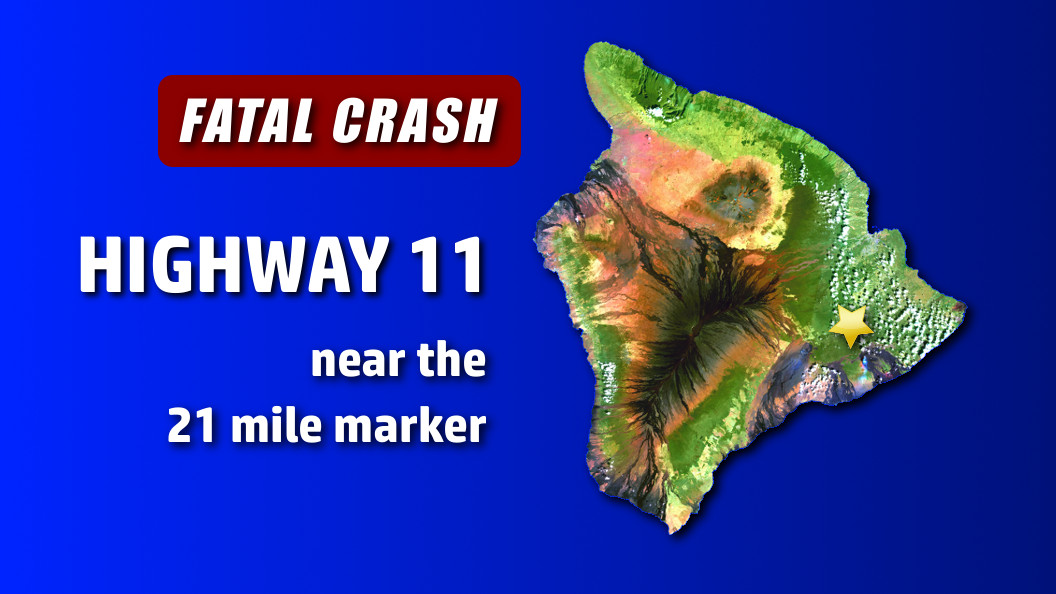 GLENWOOD (BIVN) - An 8-month-old girl who was a passenger in the car survived the Friday crash that claimed the life of the 32-year-old driver from Pāhoa.

GLENWOOD, Hawaii – Police have identified the woman who died Friday (June 17) in a two-vehicle crash on Highway 11 as 32-year-old Crystal M. Mercado-Lopez of Pāhoa.

Police responded to the 5 p.m. call in Glenwood, and determined that Mercado-Lopez “was operating a 2001 Plymouth four-door sedan and traveling south on Route 11 when she crossed the centerline and sideswiped a 1997 Ford pickup truck traveling north and being operated by a 48-year-old Mountain View man, who was not injured in the crash.”

Rescue crews took Mercado-Lopez and her passenger, an 8-month-old girl, to Hilo Medical Center. The child was not injured, but Mercado-Lopez was pronounced dead at 5:56 p.m.

Police say they do not believe that speed, alcohol or drugs were factors in this crash. Both drivers were wearing their seat belts and the child was in a child restraint seat.

Traffic Enforcement Unit officers have initiated a negligent homicide investigation and have ordered an autopsy to determine the exact cause of death. Police say they are looking “for a female witness who talked to a fire fighter at the scene,” and that “anyone with information about this crash is asked to call Officer Erhard Autrata at 961-8118.”

This is the 11th traffic fatality on the Big Island this year compared with 12 at this time last year.